He’s Got His Dream Job, Now I’m Living a Nightmare 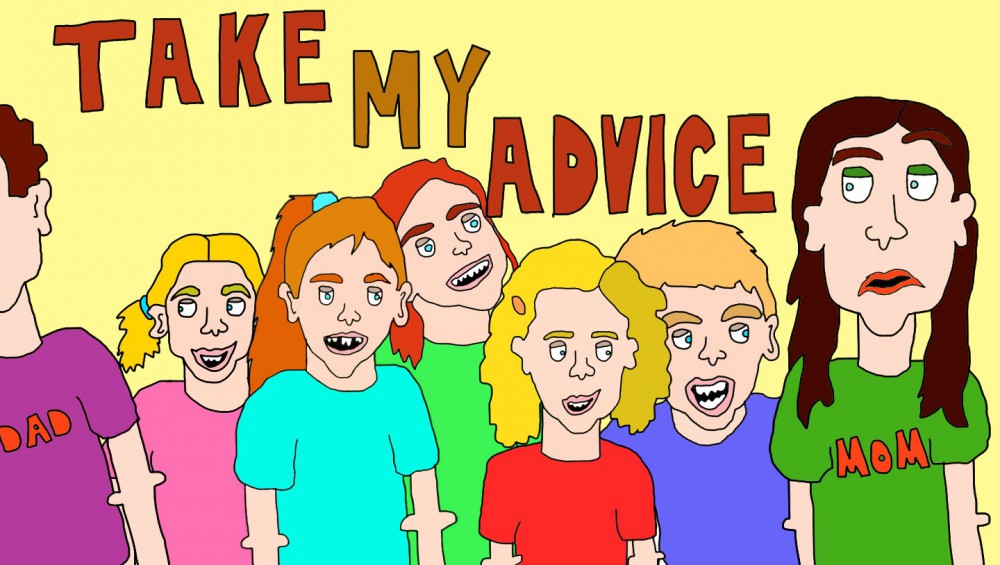 My boyfriend had been looking for a job for months and was offered an awesome-paying position.  But he would have been working 6 a.m.-6 p.m. 4+ days/week. Instead of taking it, he bought into his friend’s business selling game cards. We have no real monetary cushion so I took the first job offered (food-service) hoping to support us and our 5 children.

I can’t get him to even do the bare minimum when he is home. He won’t help with dishes or fold laundry, but he’ll spend hours playing video games and uploading his game card stock onto his online store. I work 4-8 hours a day and come home to a dirty house and unkempt kids. Then, he leaves for 2-3 days on the weekend. My days off, I can’t even spend with him.

I honestly don’t think he understands how upset this makes me. And I’m afraid to tell him outright that I don’t think he needs to devote his whole life to this “business”. I feel neglected and taken advantage of. I know he is trying to do something he loves, but my ‘loves’ are gathering dust in the closet along with my dreams.

How can I tell him how I feel without being a dream-crushing jerk? Or how can I feel less like a martyr and learn to let him have his moment?

Before you say anything to your boyfriend, repeat this to yourself: asking a partner to actually BE a partner is not crushing dreams, it’s valuing yourself.

Here’s the thing: your boyfriend sounds like the one being a jerk. If it were just the two of you, I’d say he should pursue whatever career or goal makes him happy, and you should decide to stay or go based solely on how that impacts your relationship.

But you have five children. The moment he decided to bring a child into the world with you, he was committing to the responsibility of caring for that child.

Part of that is monetary–taking a job solely to fulfill himself when he has a family sounds pretty selfish to me–and another part is emotional support, where you say he’s ALSO dropping the ball.

Don’t go into a conversation with your fists swinging, of course, but do go in armed with the knowledge that he is taking advantage of you if he refuses to help maintain the life you’ve chosen–one where you support five children together (which involves cooking and cleaning up, btw).

You don’t have to ask him to give up the job that makes him happy, and you should try not to resent the time he spends maintaining his online store, since that is a huge part of his business (though I give you my blessing on resenting the video games).

But you do have every right to sit him down calmly and tell him that his behavior is unfair and that he needs to contribute more around the house and with the kids.

I’m unclear on why he’s gone weekends–presumably it’s work-related, but I think you can also ask for him to make more time for you (say one weekend a month that’s just for you as a couple). That said, on the weekends when he’s not around, take time for yourself. Specifically, start looking for a job that will give you more satisfaction, and, if he doesn’t change, think about whether someone willing to sacrifice you to pursue his own selfish dreams is a partner…or just a sixth child to care for.

Today, that briefly changed, as the hashtag #TheWorstPartofDepressionIs trended worldwide on Twitter, sparking a conversation on an issue many find difficult to discuss. END_OF_DOCUMENT_TOKEN_TO_BE_REPLACED

I’m in my mid-twenties, and I’ve been working as a substitute teacher for the last couple years (I joined Teach for America right out of college). I know some of the girls in classes I teach have crushes on me — high schoolers aren’t very subtle — but I brush it off, because I’m not an idiot. Last week, however, I got a disturbing email from a girl in the English class I subbed for. Pictures were attached. You get the gist. What do I do about this situation? I obviously haven’t responded, but I’m afraid she might go Lifetime-movie on me. END_OF_DOCUMENT_TOKEN_TO_BE_REPLACED

Ridiculous doesn’t even begin to capture all that transpired, from the storm of emojis to the storming and barricading of Jordan’s house by a cavalcade of Clippers. END_OF_DOCUMENT_TOKEN_TO_BE_REPLACED

My friend has a dog, and she’s always been kind of half-assed about caring for it. I’ll see her out at a party or a barbeque all day long, so I know the dog is home alone, and sometimes she goes out right after she finishes a shift (she’s a waitress, so that might be pretty late), without even going home to feed the dog or let it out. The other day, though, I went over to her house and realized things have crossed a line. There were piles of dog feces in a couple of corners, and the entryway rug was soaked in urine when we walked in. She laughed it off and called the dog naughty, then cleaned up the poop and basically ignored it. I’m worried about the puppy, and about my friend; what kind of person does that to an animal? Should I call animal control on her? END_OF_DOCUMENT_TOKEN_TO_BE_REPLACED

My friend drives drunk. A lot. And not just “one drink too many” drunk, more like “in obviously rough shape” drunk. It not only makes me scared for her, it makes me angry: She could hurt herself or someone else, and there’s really no excuse in the era of Uber. I’ve tried talking to her about it, but she brushes it off or claims she won’t do it again, but then does, anyway. I’ve been tempted to call the cops on her just to get her to stop doing this. How do I convince her it’s not worth it before something terrible happens?  END_OF_DOCUMENT_TOKEN_TO_BE_REPLACED

Earlier this month, we posted a story about Rob, a man falsely accused of being a sex offender. END_OF_DOCUMENT_TOKEN_TO_BE_REPLACED

It’s also one that the NFL’s report can’t properly answer. Nor can the New York Daily News, despite its screaming front pages. END_OF_DOCUMENT_TOKEN_TO_BE_REPLACED