Hate the US Olympic outfits? A history of bad Olympic fashion

The US Olympic team’s new gear, designed by Ralph Lauren, has received quite the variety of reactions. While some consider the outfitting classic and patriotic, others call it gaudy. John Doyle, a television columnist at The Globe and Mail in Toronto, calls it “eye-poppingly awful.” The sweater and turtleneck combo might be a little too reminiscent of the Polo ads you’d find at your local Macy’s, but they aren’t terrible. Not when you compare them to some of the unbelievably bad Olympic get-ups from years past. Here’s a look at the most befuddling and odd team uniforms.

Oh, Spain. I feel bad criticizing you — your food is delicious and your citizens are charming and terrific dancers. Generalized compliments aside, this ensemble of ensembles is quite the eyesore. The mayo and ketchup colors are reminiscent of a fast-food chain.
[Photo credit: Olympic.org] 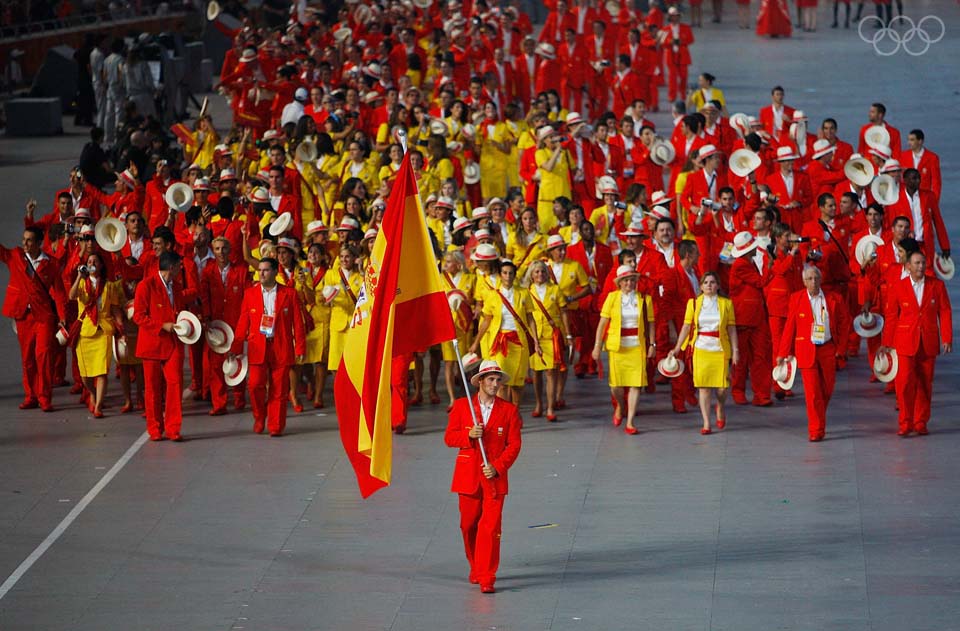 Standing as a group, you almost hope they will suddenly harmonize and burst out into an old-timey song. Barbershop quartet members and curlers? Talk about multi-talented.
[Photo credit: Cassie Kovacevich/AP]

I imagine it must be difficult to pull off a layer of clothing that is, essentially, a very colorful second skin with zippers in strange places. But this is straight out of a comic book. At least it draws attention away from the fact that his socks don’t match. Get it together, buddy!
[Photo credit: Cameron Spencer/Getty Images North America] 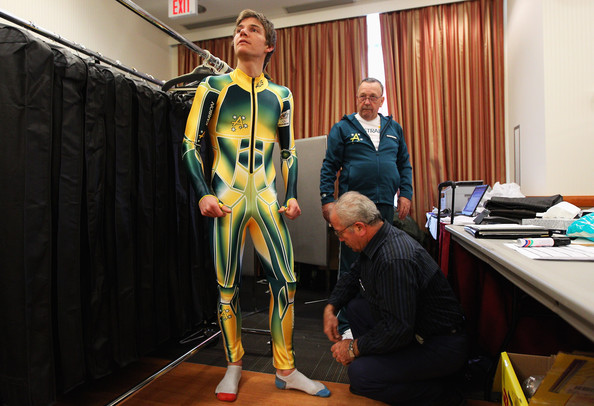 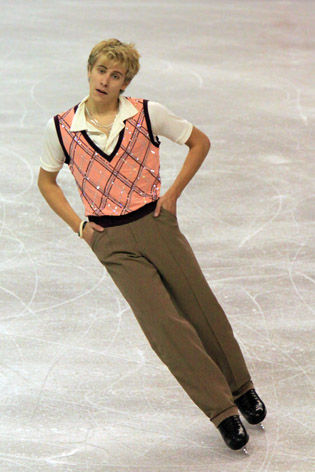 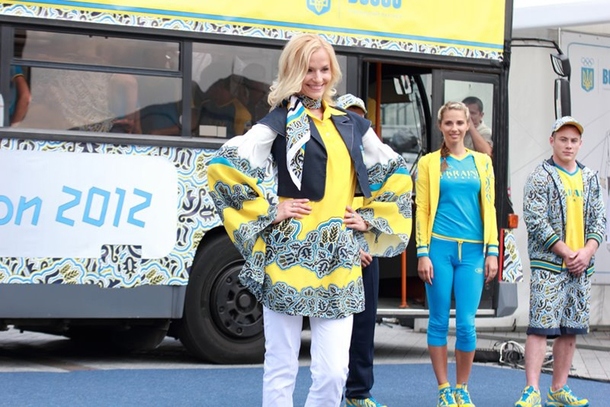 At first glance, this appears to be a gaggle (yes, a gaggle) of mid 20th-century businessmen hurrying to work. It’s difficult to tell which is worse: the odd, monotonous colors or the shoulder pads. So many shoulder pads in one place just seems like a bad idea.
[Photo credit: The Daily] 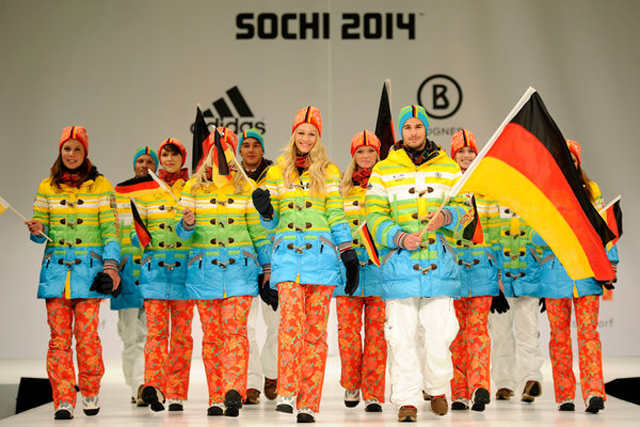 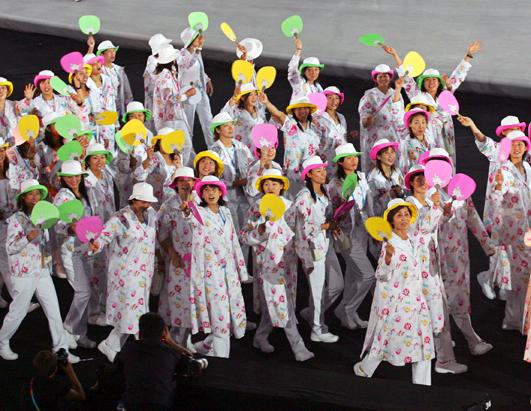 An army of Crocodile Dundees. This could also be the staff of Busch Gardens taking a nice power walk together. Could you really tell the difference?
[Photo credit: Reuters/Stuart Hannagan] 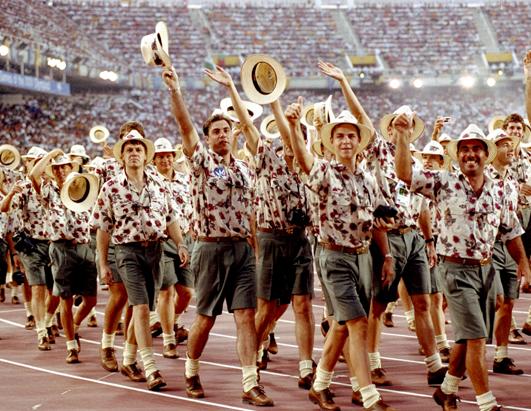