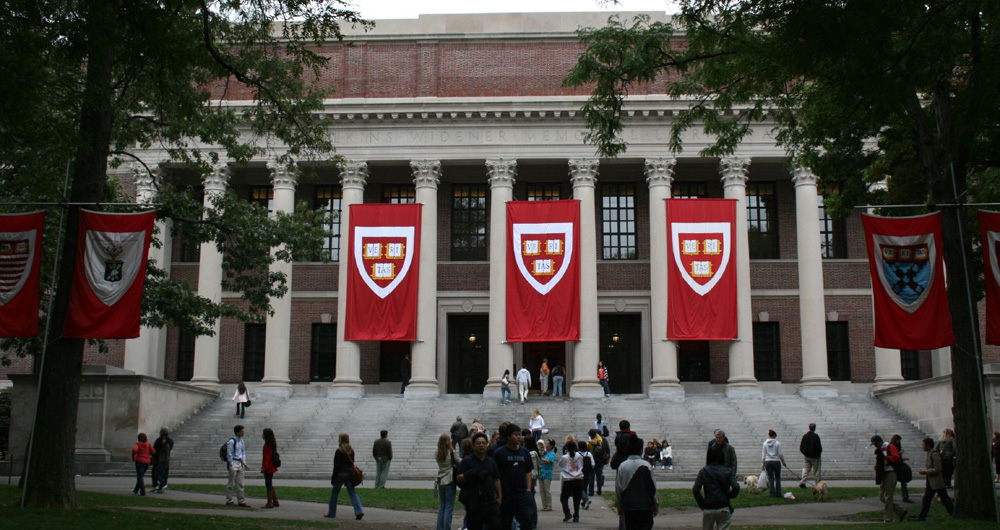 Last March, the Harvard Crimson published an anonymous letter that detailed a devastating sexual assault by a student, on a student, and the aftermath that followed. “Dear Harvard: You Win,” stands as a terrifying example of how rape cases go mishandled, even at our most prestigious universities, when their definition of sexual assault is unduly narrow.

On top of Harvard’s policy at the time – which hadn’t been updated in a decade – the letter depicts unnamed administrators saying things to the victim that shouldn’t be said in the face of sexual assault. One even went so far as to compare the victim and her attacker to a divorced couple living under the same roof.

It comes as one of a slew of stories surfaced regarding poorly handled sexual assault at colleges nationwide, in a trend that should make it clear that women – and some men – are forced to navigate an obstacle course of sexual menace.

As if that weren’t challenging enough, colleges, which are supposed to be a safe place where students have the opportunity to come into their own, are making it impossibly difficult for students to get the closure they need to move on after assault.

The letter published in the Crimson alleged that Harvard refused to move the author’s assailant to another house, but rather suggested that she move, implying that the fault was on her.

Now, months after the letter came to light, Harvard has updated their sexual assault policy, conveniently forgetting to mention that they were prompted to do so after being investigated by the Department of Education.

The university makes a point of emphasizing that the new policy has been in the works for over a year, possibly to dispel rumors that this is a kneejerk reaction to the highly publicized letter. One of the major changes in the new policy is the appointment of a Title IX officer, hired in March, Mia Karvonides.

Our Harvard Can Do Better – a group formed to advocate for “intersectional, inclusive, survivor-centric, Title IX compliant approach to combating sexual assault and rape culture on campus” – said in a press release that they’re happy to see the college moving in the right direction.

However, they expressed their disappointment that the new policy doesn’t implement an affirmative consent stipulation.

“Affirmative consent is regrettably absent from the new policy,” the release said. “The new language of unwelcomeness remains opaque to students and was implemented without substantive student input.”

Karvonides told the Harvard Gazzette that for her, the most important part of the new policy is the formation of a central office – the Office for Sexual and Gender-Based Dispute Resolution – that will play a major role in investigating sexual misconduct complaints.

Possibly the most worrisome thing about the new policy, aside from the lack of affirmative consent clause, is the mild language used in the press release from Harvard. It feels like a WASP family dancing around a subject. Sexual assault is not a mild topic. Students were pissed, as they had the right to be.

@Harvard how long will you exhaust survivors instead of being accountable? Dear Harvard: You Win @crimson http://t.co/ioK3jgrrRV

All students deserve to be told, flat out, that their respective university will never mishandle a case like Harvard has. No one should feel unsafe in their classes, or dining hall, or dorm. Victims of harassment and assault deserve closure, and to see their attackers punished in a manner fitting to the crime.

Chef David Vargas, Owner of Vida Cantina in Portsmouth, NH is hosting a one-time-only event that he created to raise money for foundations supporting immigrant workers and their families. He joined me in studio with Chef Daniel Bojorquez of La Brasa in Somerville to talk about Si Se Puede – Yes We Can Dinner on Sunday, April 2. END_OF_DOCUMENT_TOKEN_TO_BE_REPLACED

END_OF_DOCUMENT_TOKEN_TO_BE_REPLACED

I’m in my mid-twenties, and I’ve been working as a substitute teacher for the last couple years (I joined Teach for America right out of college). I know some of the girls in classes I teach have crushes on me — high schoolers aren’t very subtle — but I brush it off, because I’m not an idiot. Last week, however, I got a disturbing email from a girl in the English class I subbed for. Pictures were attached. You get the gist. What do I do about this situation? I obviously haven’t responded, but I’m afraid she might go Lifetime-movie on me. END_OF_DOCUMENT_TOKEN_TO_BE_REPLACED

Ridiculous doesn’t even begin to capture all that transpired, from the storm of emojis to the storming and barricading of Jordan’s house by a cavalcade of Clippers. END_OF_DOCUMENT_TOKEN_TO_BE_REPLACED

My friend has a dog, and she’s always been kind of half-assed about caring for it. I’ll see her out at a party or a barbeque all day long, so I know the dog is home alone, and sometimes she goes out right after she finishes a shift (she’s a waitress, so that might be pretty late), without even going home to feed the dog or let it out. The other day, though, I went over to her house and realized things have crossed a line. There were piles of dog feces in a couple of corners, and the entryway rug was soaked in urine when we walked in. She laughed it off and called the dog naughty, then cleaned up the poop and basically ignored it. I’m worried about the puppy, and about my friend; what kind of person does that to an animal? Should I call animal control on her? END_OF_DOCUMENT_TOKEN_TO_BE_REPLACED