Harvard’s black students raise voices for ‘I, Too, Am Harvard’

A photo campaign entitled “I, Too, Am Harvard” is approaching racism at America’s oldest institution from the experiences of those most affected by it. The campaign, in coordination with a play also called “I, Too, Am Harvard,” which is based on interviews with members of the black community at Harvard, puts these interviews into single, powerful images. A message on the project’s Tumblr expresses the discouragement in being silenced, stating, “Our voices often go unheard on this campus, our experiences are devalued, our presence is questioned — this project is our way of speaking back, of claiming this campus, of standing up to say: We are here. This place is ours. We, TOO, are Harvard.”

The original play premieres this Friday, March 7 at 7 p.m. at Harvard’s Lowell Lecture Hall as part of the 16th annual Doctor Walter J. Leonard Black Arts Festival, but the images have already spread among Harvard’s student body. According to an interview with BuzzFeed, the campaign originated with the idea for the play, which was written by sophomore Kimiko Matsuda-Lawrence, a member of the Kuumba Singers, a black organization on Harvard’s campus that has existed for over 40 years. Through the club, Matsuda-Lawrence has met various other students who share her concerns, including Carol Powell, another sophomore who photographed the 63 black students for the “I, Too, Am Harvard” photography project.

In the interview, Matsuda-Lawrence emphasizes that “I, Too, Am Harvard” is a collective black community project that doesn’t yet reflect that experience of all students of color.” But she is driven to make a difference through the campaign, mostly through her own experiences with racism on campus. Her own photo, posted above, is based on an interaction she had while walking through Harvard Yard with black friends. When approached by two white males who appeared to be drunk, “One of them came right up in my face and yelled, ‘CAN YOU READ?’” she said. “This confrontation is just one of many instances in which black intelligence is questioned on this campus.” 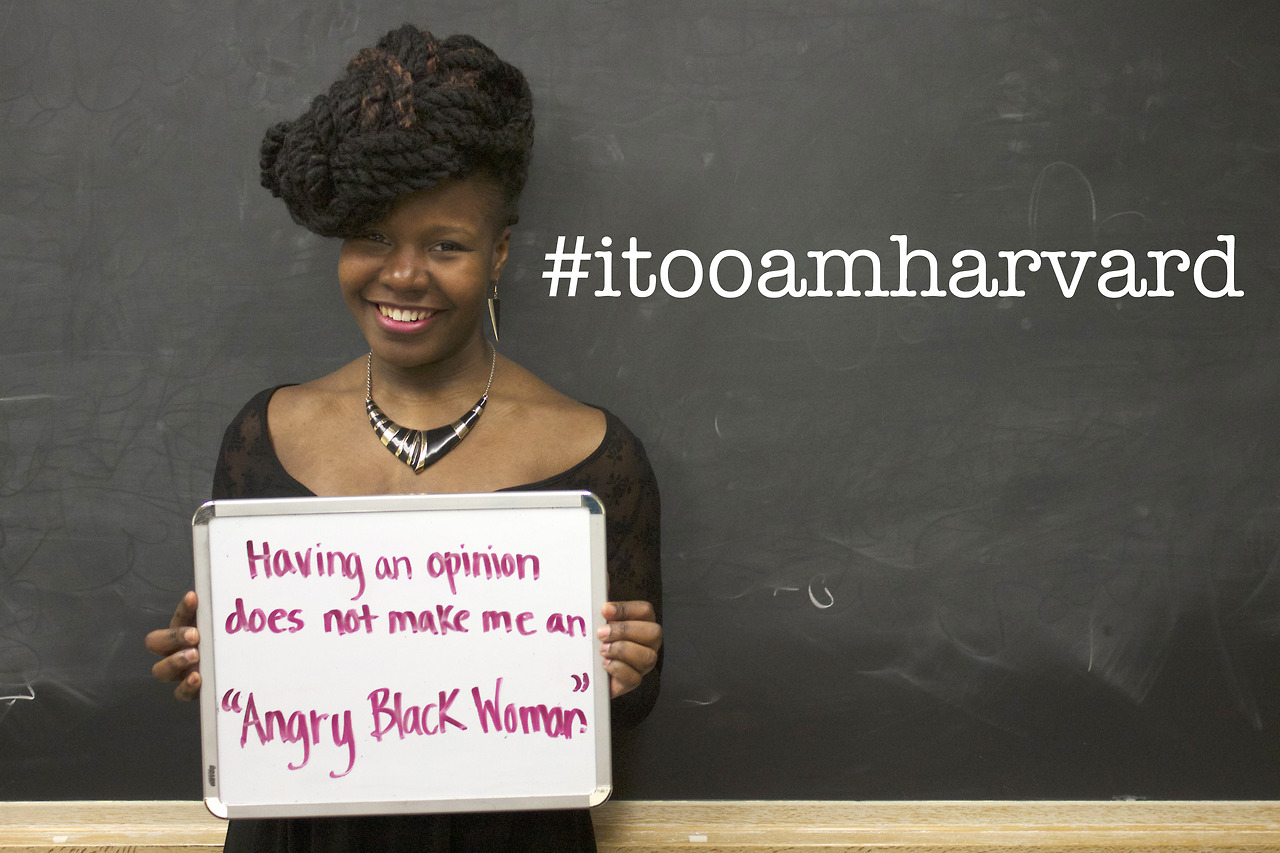 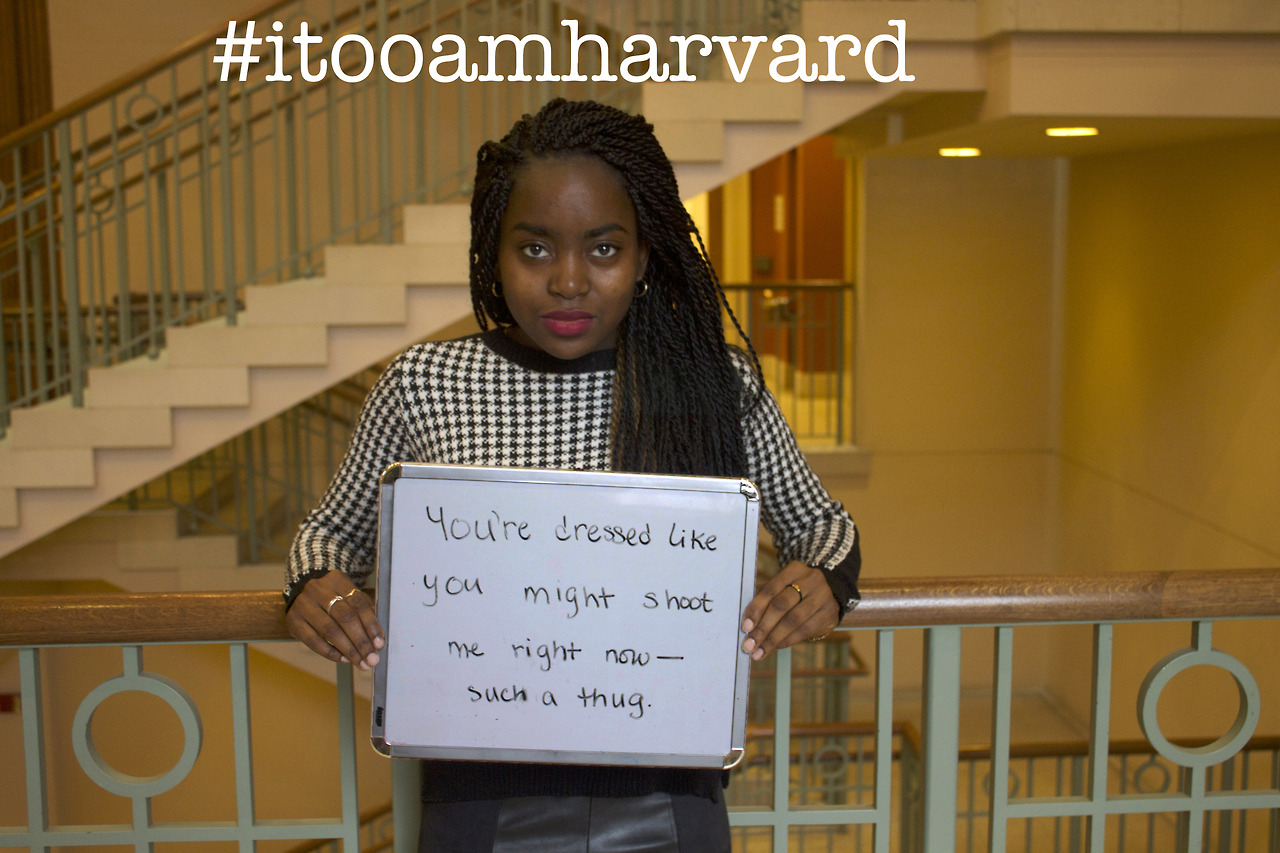 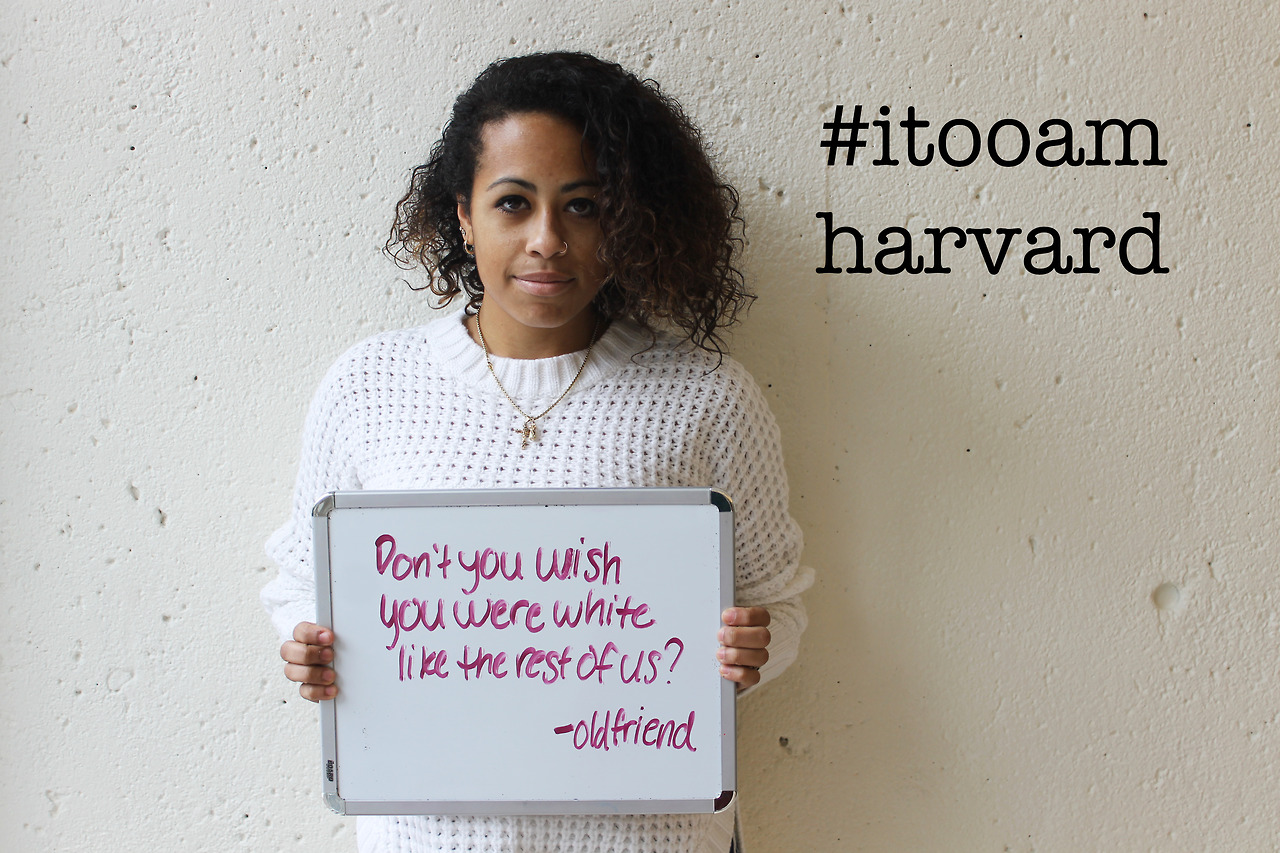