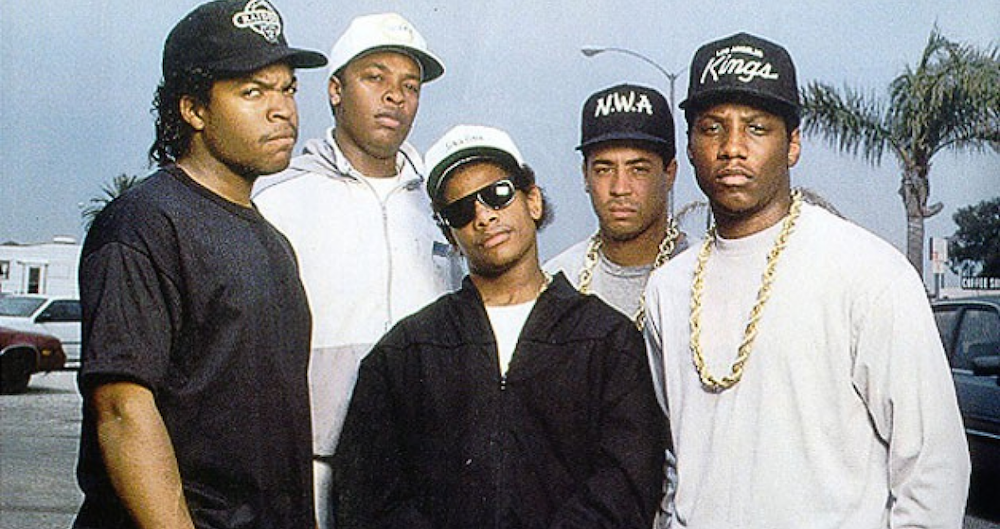 Hialeah police officer Harold Garzon has allegedly managed to rack up 16 internal affairs investigations against him during his 17 years on the force. And if this Massachusetts resident and Harvard graduate’s story of traffic ticket woe is true, Garzon should make it 17, one per year of his (not so) distinguished service.

According to a report from the Miami New Times, Garzon was dealing with some paperwork from a traffic accident when César J. Baldelomar, a graduate of the Harvard Divinity School and Harvard Graduate School of Education who is currently studying law at Florida International University according to his LinkedIn profile, rolled up to the intersection with his windows down. At that moment, N.W.A.’s “Fuck Tha Police” came rattling out of Baldelomar’s stereo, and Garzon took offense.

At that moment, another song came on Baldelomar’s stereo. “Fuck tha police/Comin’ straight from the underground,” N.W.A. rapped. “A young n**** got it bad cause I’m brown / And not the other color so police think / they have the authority to kill a minority.” 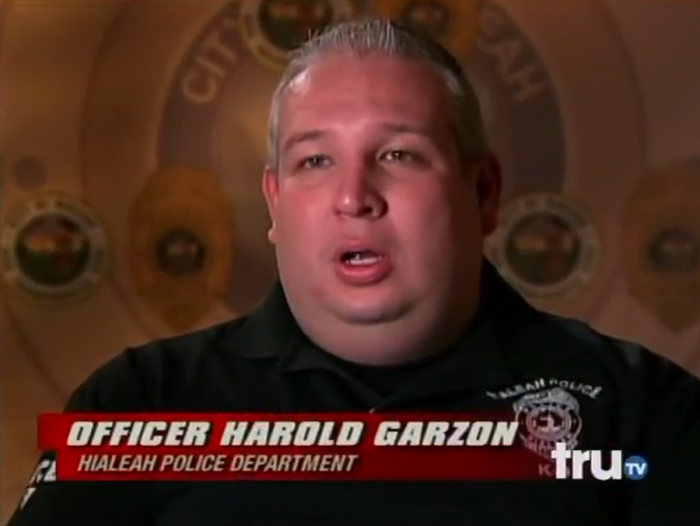 When Garzon tried to write him a ticket for playing loud music within 25 feet of another person, however, Baldelomar put some of his law school smarts to use.

“In 2012 the state supreme court struck down any law banning loud music,” he says. “I knew that because it was a case I had actually studied in law school.”

Garzon grew angry, though, when Baldelomar told him that fact. He called over two other cops and then demanded proof of insurance. Baldelomar pulled up his info on his phone, but Garzon waved it off, saying, “It’s got to be paper.” (It doesn’t. Florida changed the law a year ago.)

In the end, Garzon issued Baldelomar three tickets: one for the bogus insurance issue, one for having an out-of-state license plate, though Baldelomar claims he is still a Massachusetts resident, and one for not wearing a seat belt, though Baldelomar says he was wearing it the whole time. And when Baldelomar asked the officer where his ticket was for the loud music, Garzon allegedly told him to take a hike and not be “smart.”

Fortunately, Baldelomar plans to fight back. He refused to sign for the tickets and plans to both contest the tickets in court and file a complaint against Garzon, which could spell Internal Affairs investigation number 17 for him. Baldelomar also said he didn’t see this brush with the law as a standalone incident, but a broader pattern that needs to be addressed.

Baldelomar says he sees Garzon’s actions as part of a much bigger problem of police abusing their authority, from Ferguson, Missouri, to South Florida.

“I’m educated. I know my rights. And I speak English, so I can fight this,” he points out. “But what about when this happens to someone who’s not so lucky? Policing has to change in this country.”

Enter to win tickets to see Trio Da Kali at The Villa Victoria Center of the Arts (Newton, MA) on April 10th. END_OF_DOCUMENT_TOKEN_TO_BE_REPLACED

END_OF_DOCUMENT_TOKEN_TO_BE_REPLACED

Enter to win tickets to Rhye at The Paradise on February 28th. END_OF_DOCUMENT_TOKEN_TO_BE_REPLACED

Her new album has been pushed back, but we have Kimbra’s new single for you. END_OF_DOCUMENT_TOKEN_TO_BE_REPLACED

The folk duo returns with a new record this week. END_OF_DOCUMENT_TOKEN_TO_BE_REPLACED

Now that we’re done looking back at 2017, let’s look ahead at 2018. END_OF_DOCUMENT_TOKEN_TO_BE_REPLACED

Our first Song of the Week for 2018. END_OF_DOCUMENT_TOKEN_TO_BE_REPLACED

In a year when so many things were off, the music was right on. END_OF_DOCUMENT_TOKEN_TO_BE_REPLACED