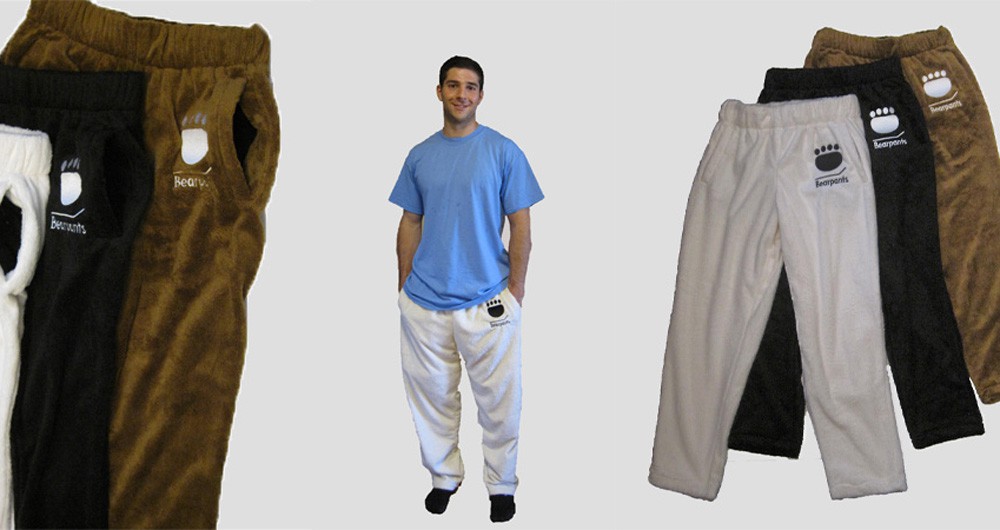 The fashion remedy to one of the harshest winters ever seen here in Boston has finally arrived: Bearpants. These weather resistant pants are made of high quality fleece, making them a perfect pick for trekking through snow covered streets or just lounging on the couch.

Micah Stone, the founder of the Bearpants company, started this endeavor with no experience in the fashion industry. As a Seattle native, Stone was accustomed to more wild winters when he arrived at Harvard University in Cambridge in 2010.  He quickly learned just how serious the weather conditions are in Massachusetts, and more importantly, how imperative it is to be properly dressed to face such conditions. 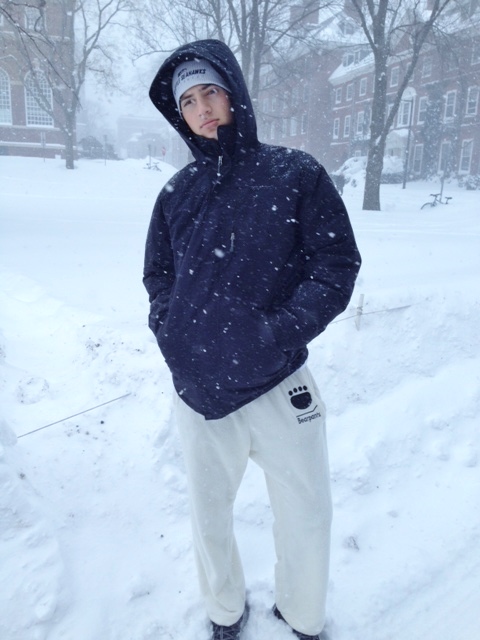 Craving a more substantial type of legwear, Stone noticed that a lot of people on the street seemed to favor thick fleece jackets to take the edge off the icy wind. The material reminded Stone of bear fur, and after making a joke to his friends, “I want a pair of bear pants!” to make it through the season, he realized how logical the idea actually was.

It took a few years for the concept of Bearpants to become a reality; Stone was originally just going to have a sample pair made up for himself, but his creative supporters quickly became his first customers. Stone graduated from Harvard in 2013, when he was able to really kickstart the Bearpants brand into action.

The pants officially went on sale in the Fall of 2014, but they only arrived from the manufacturer in January of 2015. Stone recalls his apartment in San Francisco, where he conducts all Bearpants business matters by himself, flooding with boxes of Bearpants when they first arrived. The first batch of pants were handmade in China, though in the future Stone hopes to work with a US-based manufacturer. He currently has the capacity to ship out anywhere in the US, with Boston as a top consumer, though Bearpants have even made their way to Switzerland.

The product itself was exactly what Stone envisioned. First of all, the fleece that make up Bearpants can withstand multiple washes without losing its original, unique softness. Stone emphasized how much he didn’t want people to deal with the awkward pilling that can occur with standard fleece materials. In the same way that the pants can endure day-to-day washing, wear and tear, and other elements, the pants become a perfect option for outdoor activities.

Stone points to the durable, weather resistant component of Bearpants as the answer for students in the Boston area trying to make their way to class through a multitude of weather conditions. He described Bearpants as being “somewhere between yoga pants and sweatpants,” meaning that they are fashionable enough to be worn in public, while still offering that cozy, at-home feel. Plus, the material allows pedestrians to move through cold, wet conditions, with the opportunity to be warm for the duration of the journey and still be dry on the other end.

Stone’s product is offered in a variety of three different colors: Polar Bearpants (white), Grizzly Bearpants (brown), and Black Bearpants (black). All three colors are offered in four sizes: men’s/women’s adult sizes and boy’s/girl’s children sizes. At this time these are the only variations offered, though Stone said that Bearpants spin-offs and additions are always an option. He has samples made for an all-weather Bearpant, which would maintain the same fleece base, but have an outer layer of ski pant material that would make the pants weather proof rather than just weather resistant. Stone even mentioned the possibility of developing a Bearpants shorts line. And yes, the request for a grey option, or a “Koala Bearpant,” has also been made.

Enter to win a pair of tickets to attend The Hess Collection Seminar and Dinner as part of Boston Wine Festival 2018 at the Boston Harbor Hotel on Wednesday, March 14th. END_OF_DOCUMENT_TOKEN_TO_BE_REPLACED

Boston band Funeral Advantage is Tyler Kershaw. And Tyler Kershaw had a fun childhood, so it seems. END_OF_DOCUMENT_TOKEN_TO_BE_REPLACED

Perry put me on to daephne and the album blew my mind. END_OF_DOCUMENT_TOKEN_TO_BE_REPLACED