This Is the Word Harvard Students Look Up Most Often 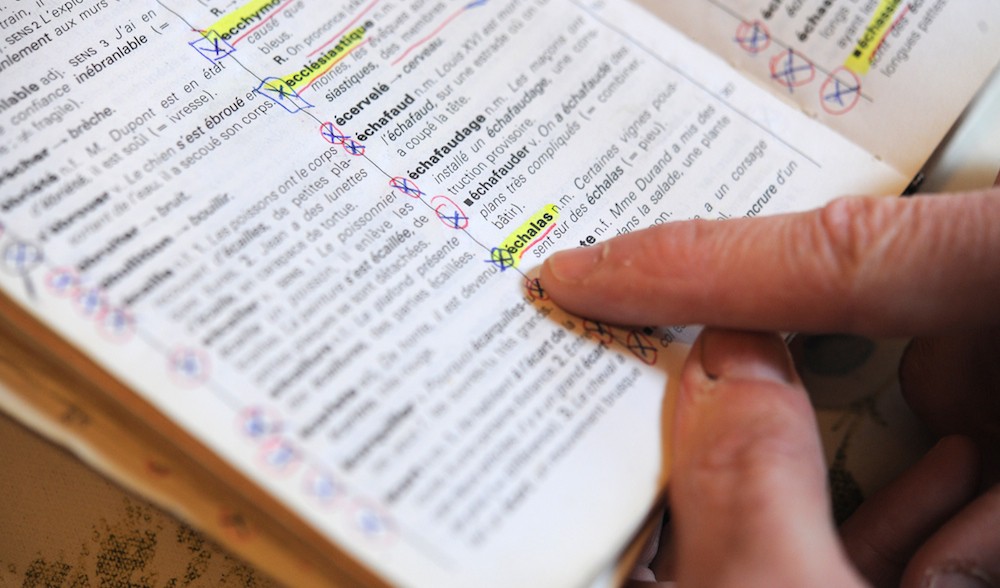 Harvard students are among the best and brightest in the country, but even the most book-smart collegiate needs to look up a definition now and then. And according to Dictionary.com, the word Crimson attendees looked up the most often in 2014 makes a whole lot of sense.

If location-based data the online dictionary site has been tracking is to be believed, the word Harvard students needed to look up most in 2014 was sustainability. While you can’t paint a whole campus based on a single word, sustainability makes a lot of sense for a forward-thinking campus concerned with climate issues.

“While many searches from college students look at words you’d expect to see for homework or research, such as effect and affect, we saw vastly different searches from students once we drilled down on specific areas of the country,” said Michele Turner, CEO of Dictionary.com. “This shows that the issues affecting each campus are very different.”

As for some other New England colleges, the results ranged from mundane to hilarious to inexplicable. Here are the colleges, the words they look up, and their definitions, courtesy Dictionary.com.

Smith College
multiplier effect: An effect in economics in which an increase in spending produces an increase in national income and consumption greater than the initial amount spent.

University of New Hampshire
indivisible: not divisible; not separable into parts; incapable of being divided.

University of Vermont
railing: a fencelike barrier composed of one or more horizontal rails supported by widely spaced uprights; balustrade.

University of Maine
hearth: the floor of a fireplace, usually of stone, brick, etc., often extending a short distance into a room.

University of Rhode Island
don: Mr.; Sir; a Spanish title prefixed to a man’s given name.

And here are some of the funnier results nationwide.

Finally, here are the top 10 outliers (words that were looked up a disproportionate number of times compared to the national average) for Boston in February and March of 2014. Perhaps unsurprisingly, fender-bender takes the top spot.

Enter to win a pair of tickets to attend The Hess Collection Seminar and Dinner as part of Boston Wine Festival 2018 at the Boston Harbor Hotel on Wednesday, March 14th. END_OF_DOCUMENT_TOKEN_TO_BE_REPLACED

HUBweek came to Boston, and we were there to take it all in. END_OF_DOCUMENT_TOKEN_TO_BE_REPLACED

My first Field Trip (of hopefully many) was over half-a-decade in the making. END_OF_DOCUMENT_TOKEN_TO_BE_REPLACED

Melanie Gillespie is an author and the founder of Mel O’Drama School of Acting in Milton. She was in studio this morning to talk about her latest book Darlene and the Drama Queen and how acting can help kids to develop confidence. END_OF_DOCUMENT_TOKEN_TO_BE_REPLACED

Boston Author Lauren K. Stein says her new book ‘Fresh Made Simple‘ was inspired by cooking in the kitchen with her daughter Abigail. The book isn’t just for kids, though. Listen as she describes the book and as we sample some of the recipes. END_OF_DOCUMENT_TOKEN_TO_BE_REPLACED

Boston band Funeral Advantage is Tyler Kershaw. And Tyler Kershaw had a fun childhood, so it seems. END_OF_DOCUMENT_TOKEN_TO_BE_REPLACED

Perry put me on to daephne and the album blew my mind. END_OF_DOCUMENT_TOKEN_TO_BE_REPLACED