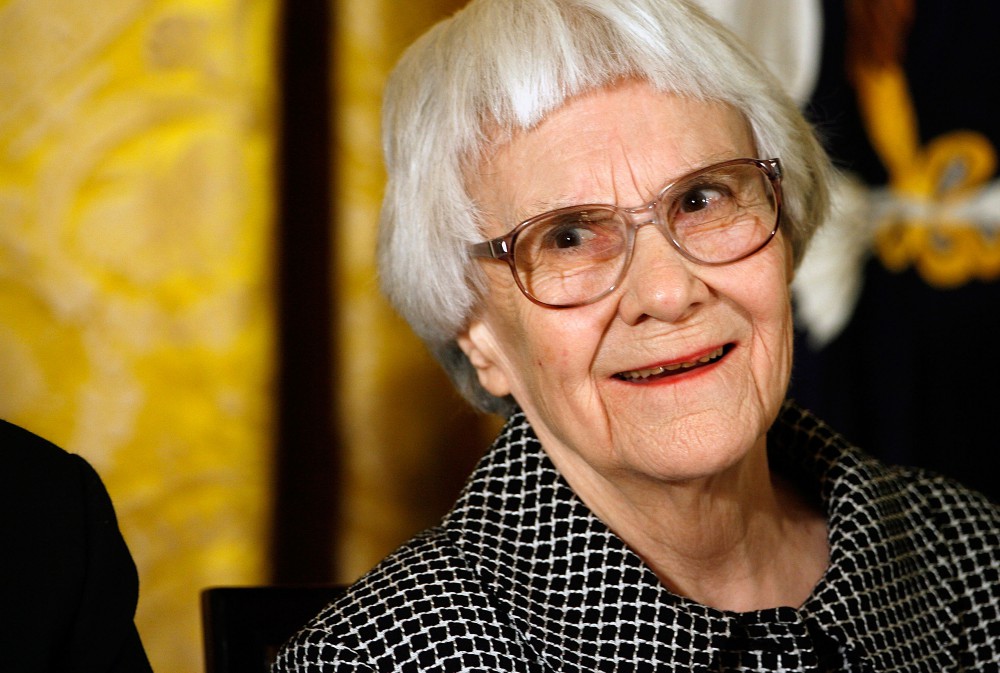 When representatives for 88-year-old To Kill a Mockingbird author Harper Lee announced the release of long-lost novel Go Set a Watchman last month, literary fans everywhere rejoiced, then revolted. Was the famously reclusive author being manipulated into publishing the work as a cash grab for those involved, or did she genuinely want to see her other manuscript in readers’ hands?

When enough eyebrows were publicly raised, the state of Alabama, where Lee resides in a home for the elderly, decided to investigate the concerns to assure that the author was aware and on board with her work seeing the light of day. After spending time with Lee, the New York Times reported that one agency’s role in the investigation has ended and that Lee is ‘aware’ that Go Set a Watchman will be published later this year.

Joseph Borg, director of the Alabama Securities Commission whose job it is to investigate such claims, says that Lee is enthusiastic about the project.

“We closed the file. Let’s just say that she was able to answer questions we asked to our satisfaction from our point of view,” he said.

That’s not to say, however, that concerns for Lee’s manipulation were unfounded – the author suffers from deafness, blindness and an unclear amount of dementia, and had previously stated in years past she did not anticipate releasing another book. Some have speculated whether this manuscript, written before To Kill a Mockingbird and rejected by a slew of publishers in the 1950s, is perhaps not as well-written or compelling as Lee’s famous work. Enough famous works have been rejected to give considerable pause for this concern, but we don’t have other works of Lee to lean on to refute it.

Lee is still represented by lawyer Tonja B. Carter, who was appointed to manage the author’s day-to-day affairs following the death of Lee’s sister Alice last year. Carter also discovered the long-lost manuscript of Watchman last August. This controversy comes just two years after Lee’s legal dispute with a former literary agent, in which she stated that she had been “engaged in a scheme to dupe” her from royalties to Mockingbird after the copyright had been appropriated.

While Lee’s interview in the investigation has cleared, the work is long from done. Longtime friend and church pastor Rev. Thomas Butts spoke to authorities on Wednesday as the Alabama Department of Human Resources investigated the larger inquiry, and it is possible new information will surface.

For now, the debate continues, and the state of Alabama continues to seek insights on the author’s state of mind. Though there is still debate among friends and those who work with her, this development in the investigation is encouraging.

Chef David Vargas, Owner of Vida Cantina in Portsmouth, NH is hosting a one-time-only event that he created to raise money for foundations supporting immigrant workers and their families. He joined me in studio with Chef Daniel Bojorquez of La Brasa in Somerville to talk about Si Se Puede – Yes We Can Dinner on Sunday, April 2. END_OF_DOCUMENT_TOKEN_TO_BE_REPLACED

Watching the new Star Wars trailer a million times gave us all sorts of feels. And one of those feels was nostalgia. END_OF_DOCUMENT_TOKEN_TO_BE_REPLACED

While many have called out Davis since a video of her refusing to issue a marriage license to Rowan County residents David Moore and David Ermold went viral in July, relationship columnist and gay activist Dan Savage went a step further on MSNBC Tuesday night, saying that “this is about someone hypocritcally looking to cash in”. He added: “And she is a hypocrite.” END_OF_DOCUMENT_TOKEN_TO_BE_REPLACED

Kevin Slane was in 6th grade in the year 2000. I was starting my radio career in the year 2000, peddling the sounds of Limp Bizkit and the like. So we decided to try and stump one another with some alt-rock sounds from that year. Listen in and feel free to play along. END_OF_DOCUMENT_TOKEN_TO_BE_REPLACED

END_OF_DOCUMENT_TOKEN_TO_BE_REPLACED

David Filipov was part of the team that headed up the Boston Globe/Fox25 Olympic Debate last night. He offered his takeaways and analysis after an update on the latest exchange between Governor Baker and the USOC. All in all, our conversation does a pretty good job of getting you up-to-speed on all things Boston2024. END_OF_DOCUMENT_TOKEN_TO_BE_REPLACED