You need to stream this new Broadway musical right now

He served as the United States’s first secretary of the treasury. A statue of the stoically posed Founding Father stands on Commonwealth Avenue. 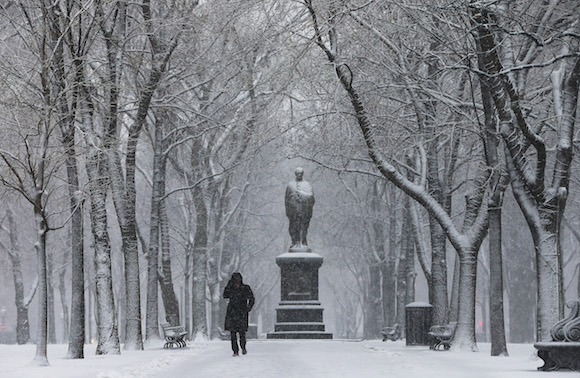 And when In the Heights composer/lyricist/performer Lin-Manuel Miranda got two chapters into Hamilton’s biography, he told MSNBC that he thought to himself:

In 2008, Miranda started writing the musical Hamilton, which also includes R&B and pop and stars men of color as the Founding Fathers.

“I’m just like my country/I’m young, scrappy, and hungry/And I’m not throwing away my shot,” Hamilton raps in an oft-repeated lyric.

The musical opened on Broadway in August after an off-Broadway run and is a bona fide hit. (For proof, just try booking tickets if you’re not an A-lister or VIP—as in, Meryl, three Treasury secretaries, etc.)

And now you can finally listen to it.You need to listen to it. The entire cast album—which is set to be released on Friday—is available to be streamed on NPR starting Monday.

It is not an understatement to say that this musical is the biggest thing to happen to Broadway since The Book of Mormon. It might be bigger.

Ben Brantley of The New York Times wrote in his review, “A show about young rebels grabbing and shaping the future of an unformed country, Hamilton is making its own resonant history by changing the language of musicals. And it does so by insisting that the forms of song most frequently heard on pop radio stations in recent years — rap, hip-hop, R&B ballads — have both the narrative force and the emotional interiority to propel a hefty musical about long-dead white men whose solemn faces glower from the green bills in our wallets.”

“Hamilton is, among other things, about who owns history, who gets to be in charge of the narrative. One of its greatest accomplishments is that it leaves no doubt that these scrappy, adrenaline-charged young folks, with their fast way with rhyme that gives order to chaos, have every right to be in charge of the story here.”

And the second act here: