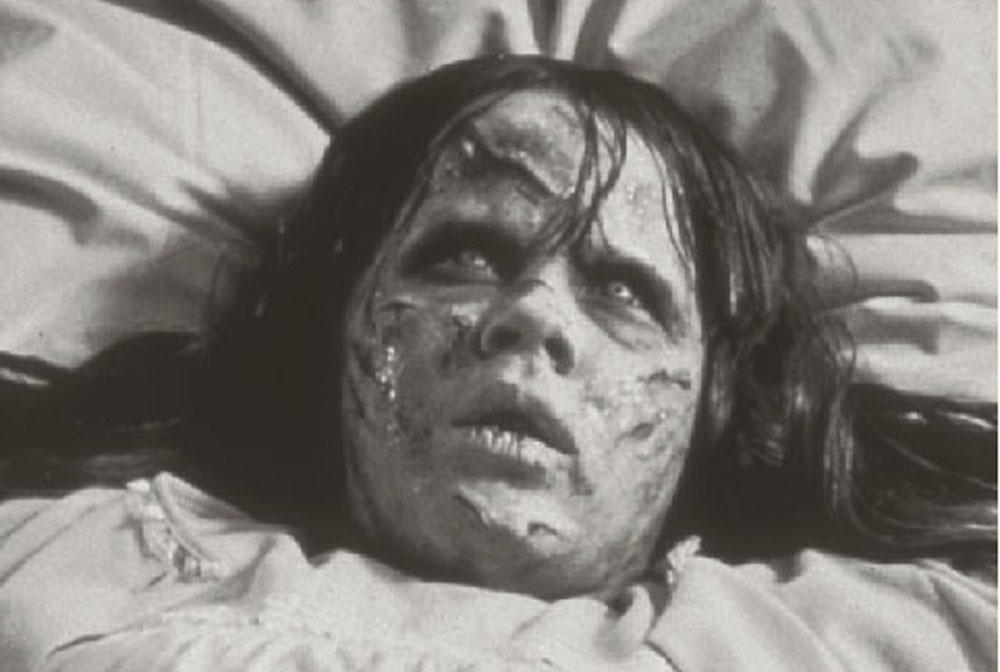 Things are about to get spooky around Boston. Let’s be real: The best part of Halloween season is the army of bloody murderers, ghosts, zombies, werewolves, and vampires on TV. But to maximize those thrills, see those creatures on the big screen. During Halloweek, Boston-area theaters offer tons of flicks that should satisfy your blood lust. Here’s a rundown of the frightful film fare being shown around the area.

Now entering its 13th year, the annual Halloween Horror Movie Marathon is a staple for local fans of the ghoulish and eerie. The marathon kicks off Saturday at midnight with the masterpiece of the scare-master himself, Alfred Hitchcock’s “Psycho.” It’s quite possibly the greatest scary movie ever made, with a twist ending that still shocks first time audiences, and Bernard Herrmann’s iconic score begs to be heard through cinema speakers. Stay for “The Texas Chain Saw Massacre,” another cornerstone of the slasher genre. Tobe Hooper’s seminal 1974 movie was famously made on a shoestring budget for less than $300,000 and went on to gross more than $30 million worldwide, turning Leatherface into an instant horror icon. Stick around if you dare for five more surprise movies full of undead fun. ($15 double feature/$20 full marathon, tickets)

In Harvard Square, The Brattle partakes in two nights of classics to educate modern horror fans, starting with an Oct. 29 screening of “The Cabinet of Dr. Caligari” with a live musical score provided by Not So Silent Cinema. A benchmark of the German expressionist movement, the film features angular, oblique sets bathed in dreamlike reverie. The next evening, get another taste of live musical accompaniment with a screening of George Romero’s “Night of the Living Dead,” considered by many to be the original zombie film. More than a mere zombie flick, the film serves as a prominent allegory for race relations in America. Live score will be provided during the movie by Andrew Alden Ensemble. ($15 adults/$12 students, tickets)

John Carpenter broke through to the mainstream in 1978 with “Halloween,” still considered by many to be his best film, and  Kendall Square Cinema will screen this quintessential slasher flick starring Jamie Lee Curtis on Halloween Eve (Oct. 30). Sitting in the dark of a theater watching Michael Myers maim and murder suburban teenagers is a genuinely creepy experience. See it on the big screen at least once. ($12.50, tickets)

If you’ve never had the chance to watch “The Exorcist,” the classic tale of a young girl possessed by the devil, on the silver screen, now’s your chance. On Halloween, Somerville Theatre will be screening a double feature of “The Exorcist” and “Near Dark” in 35-millimeter film. Stick around for the latter film, one of “Zero Dark Thirty” director Kathryn Bigelow’s first films (she became the first woman to win an Academy Award for best director for “The Hurt Locker.” The film also won best picture). The ’80s cult favorite “Near Dark” follows a young man in a small town who becomes involved with a family of nomadic vampires. It’s additionally notable for also being one of the first “serious” vampire films. ($9, tickets)

Oct. 31: “The Haunting”/”Halloween III: Season of the Witch” double feature at Brattle Theatre

If The Brattle’s earlier live music offerings weren’t your thing, fear not. The theater is also showing a double feature on Oct. 31 to satisfy your blood-curdling appetite. Celebrating its 50th anniversary with a special showing, “The Haunting” is perhaps one of the scariest films ever made. The feature follows a team of paranormal investigators as they stay a few nights in a supposedly haunted house. Immediately after, follow up the ghostly fare with the third installment in the Michael Myers series, “Halloween III: Season of the Witch.” John Carpenter originally conceived of the Halloween series as an anthology of movies taking place on the holiday. No. 3 is noted for being the only one that doesn’t feature Myers and his killings. Instead, “Season of the Witch” concentrates on the villainous head of the Silver Shamrock mask company, who plots mass murder by selling booby-trapped Halloween masks. Equal parts campy and creepy, the movie is a fun commentary on consumerism and mass media. ($12, tickets)

Oct. 31: “Dawn of the Dead” at Coolidge Corner Theatre

If you’re looking for another choice for Halloween night viewing, The Coolidge will be showing George Romero’s “Dawn of the Dead.” A favorite among zombie fanatics, the movie continues in the same universe as “Night of the Living Dead” as a new day begins. Survivors of the zombie apocalypse barricade themselves inside a suburban shopping mall while seeking refuge from the undead. Besides being a fearsome and gory horror film, this second offering in Romero’s zombie canon offers an incisive look at consumer culture. Be sure to dress in your best undead attire for proper viewing. ($7.25, tickets)

Enter to win a pair of tickets to attend The Hess Collection Seminar and Dinner as part of Boston Wine Festival 2018 at the Boston Harbor Hotel on Wednesday, March 14th. END_OF_DOCUMENT_TOKEN_TO_BE_REPLACED

Golden Globe and Emmy nominee Benjamin Wallfisch is the composer responsible for the score of the hit movie IT. I talked to Ben about his approach to scoring the new version of this iconic story and his thoughts on film and music overall. Some very insightful commentary; listen in. END_OF_DOCUMENT_TOKEN_TO_BE_REPLACED

Rupert Gregson-Williams is an award-winning film composer. He just so happened to compose the score for this summer’s big blockbuster Wonder Woman. We talked about his beginnings in film scoring, film scores that move and inspire him and, of course, Wonder Woman. END_OF_DOCUMENT_TOKEN_TO_BE_REPLACED

Jeff Rapsis is a New England-based composer and performer. Lately, he’s been creating live musical scores for silent film screenings. I talked to him about his process and a few of his upcoming performances at The Capitol Theatre in Arlington and the Somerville Theatre. You can keep track of where else Jeff is scoring silent films here. END_OF_DOCUMENT_TOKEN_TO_BE_REPLACED

Planning on seeing Rogue One: A Star Wars Story when it opens this weekend? I joined Adam 12 to give you an idea of what to expect. But don’t worry, I didn’t give anything away. END_OF_DOCUMENT_TOKEN_TO_BE_REPLACED

No, not from afar, from the comfort of her couch. From the actual awards themselves. That’s where Meredith Goldstein was for the Oscars. She shared all the juicy, first-hand details with me. END_OF_DOCUMENT_TOKEN_TO_BE_REPLACED

Boston band Funeral Advantage is Tyler Kershaw. And Tyler Kershaw had a fun childhood, so it seems. END_OF_DOCUMENT_TOKEN_TO_BE_REPLACED

Perry put me on to daephne and the album blew my mind. END_OF_DOCUMENT_TOKEN_TO_BE_REPLACED