The ‘Ghostbusters’ Cast has Been Announced, and it’s Fantastic 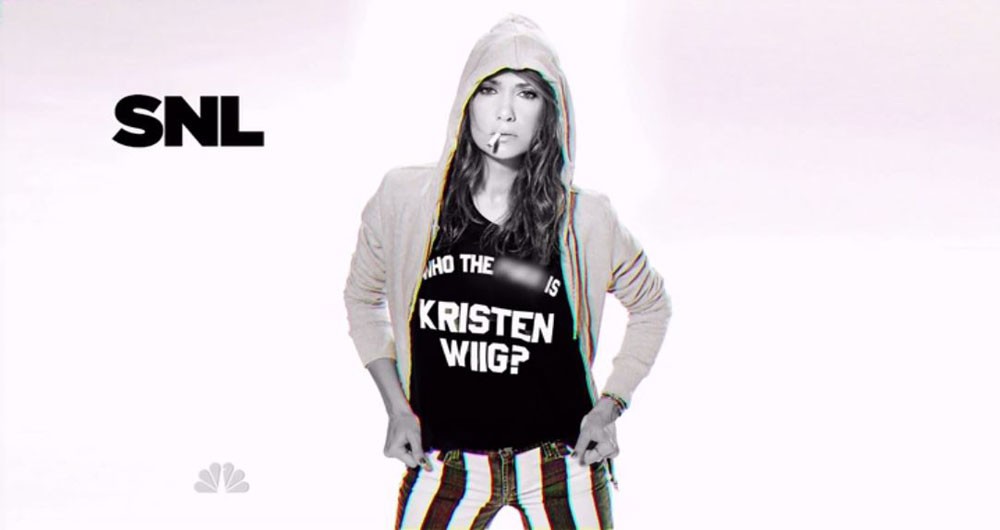 After much hemming and hawing, the Paul Feig-helmed Ghostbusters project finally has its leading cast.

Feig, who directed Wiig’s breakout hit Bridesmaids in 2012, tweeted photos of the four women shortly after to confirm. The director acquired the project after years of stalled development, with original Ghostbusters director Ivan Reitman bowing out after original cast member Harold Ramis passed away last year.

Like the original film, the new Ghostbusters is littered with members of the Saturday Night Live family: Jones and McKinnon are current featured players, Wiig was on the show from 2005-2012, and McCarthy has hosted twice, with a third date scheduled for Super Bowl weekend.

The project will be co-written by Feig and Katie Dippold (writer of the Sandra Bullock/McCarthy buddy comedy The Heat), and will not be a remake of the original film.

Feig said to Entertainment Weekly in December that his film will take place before the first two films in the film’s universe, serving as an origin story.

This casting announcement comes on the heels of rumors that the reboot would feature an all-female cast, which garnered some tension from fans of the original franchise and enthusiasm from fans of Feig.

“My favorite thing to do is work with funny women,” Feig told EW in October. “I was like, what if it was an all female cast? If they were all women? Suddenly, my mind kind of exploded: that would be really fun.”

Production is set to begin in New York City this summer. We’re pumped.

Thanks to the The Hollywood Reporter for sharing.

Golden Globe and Emmy nominee Benjamin Wallfisch is the composer responsible for the score of the hit movie IT. I talked to Ben about his approach to scoring the new version of this iconic story and his thoughts on film and music overall. Some very insightful commentary; listen in. END_OF_DOCUMENT_TOKEN_TO_BE_REPLACED

Rupert Gregson-Williams is an award-winning film composer. He just so happened to compose the score for this summer’s big blockbuster Wonder Woman. We talked about his beginnings in film scoring, film scores that move and inspire him and, of course, Wonder Woman. END_OF_DOCUMENT_TOKEN_TO_BE_REPLACED

Jeff Rapsis is a New England-based composer and performer. Lately, he’s been creating live musical scores for silent film screenings. I talked to him about his process and a few of his upcoming performances at The Capitol Theatre in Arlington and the Somerville Theatre. You can keep track of where else Jeff is scoring silent films here. END_OF_DOCUMENT_TOKEN_TO_BE_REPLACED

Planning on seeing Rogue One: A Star Wars Story when it opens this weekend? I joined Adam 12 to give you an idea of what to expect. But don’t worry, I didn’t give anything away. END_OF_DOCUMENT_TOKEN_TO_BE_REPLACED

No, not from afar, from the comfort of her couch. From the actual awards themselves. That’s where Meredith Goldstein was for the Oscars. She shared all the juicy, first-hand details with me. END_OF_DOCUMENT_TOKEN_TO_BE_REPLACED

To celebrate the opening of ‘The Force Awakens,’ I had some very special guests in studio to start the Thursday, December 17 edition of The Brink. Listen. END_OF_DOCUMENT_TOKEN_TO_BE_REPLACED

Watching the new Star Wars trailer a million times gave us all sorts of feels. And one of those feels was nostalgia. END_OF_DOCUMENT_TOKEN_TO_BE_REPLACED

END_OF_DOCUMENT_TOKEN_TO_BE_REPLACED

If you’ve finally finished crying over Inside Out — or Lava, the short that ran before it — Pixar is readying another assault on your tear ducts with The Good Dinosaur, if its newly released trailer is any indication. END_OF_DOCUMENT_TOKEN_TO_BE_REPLACED