George R.R. Martin Will Not Write ‘Game of Thrones’ Episodes for Seasons 5 and 6 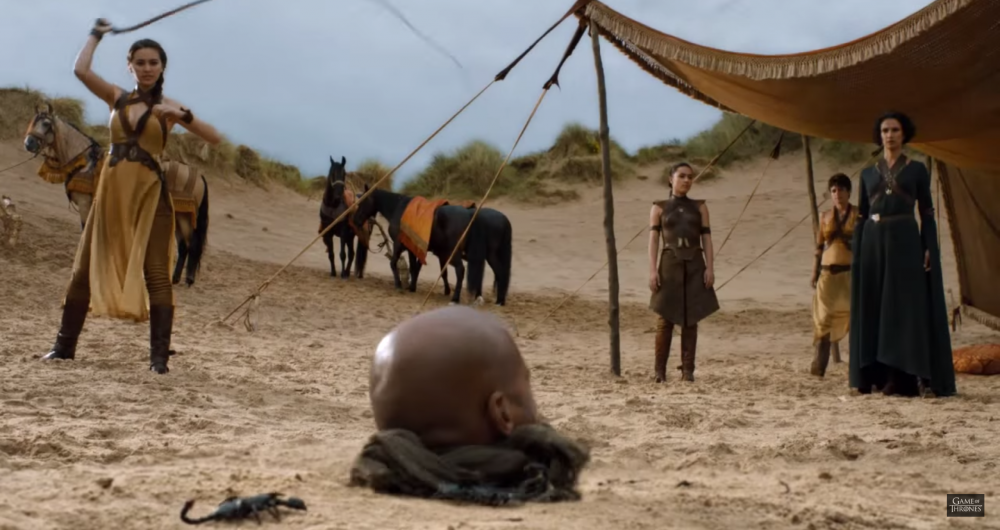 Fans have always had the pleasure of Game of Thrones author George R.R. Martin penning an episode for each season of the show. He recently announced on his blog, however, that he will be opting out of seasons five and six to focus on Winds of Winter, the sixth novel in the series.


The author made his decision “after wrestling with it for a month or so,” saying his “energies are best devoted to WINDS.”

“Writing a script takes me three weeks, minimum, and longer when it is not a straight adaptation from the novels,” Martin wrote. “And really, it would cost me more time than that, since I have never been good at changing gears from one medium to another and back again.”

There has always been a race between the show and the book. Beginning seasons of Thrones closely followed the novels but Martin has already admitted the new season will deviate from the books. Some storylines have already caught up with the book and creators D.B. Weiss and David Benioff have confessed that there will be spoilers before the release of the author’s latest volumes.

Martin warned that there are some upcoming deaths that overtake its source material. It’ll be interesting to see what direction creators David Benioff and D.B. Weiss will take.

“People are going to die who don’t die in the books, so even the book readers will be unhappy,” Martin told IGN. “Everybody better be on their toes. David and D.B. are even bloodier than I am.”

If this season’s trailer was any indication, we all should expect a very bloody season anyways.

My first Field Trip (of hopefully many) was over half-a-decade in the making. END_OF_DOCUMENT_TOKEN_TO_BE_REPLACED

Melanie Gillespie is an author and the founder of Mel O’Drama School of Acting in Milton. She was in studio this morning to talk about her latest book Darlene and the Drama Queen and how acting can help kids to develop confidence. END_OF_DOCUMENT_TOKEN_TO_BE_REPLACED

Boston Author Lauren K. Stein says her new book ‘Fresh Made Simple‘ was inspired by cooking in the kitchen with her daughter Abigail. The book isn’t just for kids, though. Listen as she describes the book and as we sample some of the recipes. END_OF_DOCUMENT_TOKEN_TO_BE_REPLACED

Always a pleasure to have Boston.com’s Perry Eaton in studio for a chat. After we talked a bit about Pearl Jam at Fenway and Perry’s new podcast, he filled us in on Game of Thrones live and Narragansett’s new Bananagrams-themed brew. END_OF_DOCUMENT_TOKEN_TO_BE_REPLACED