Ed McCarthy has driven pretty much every road in Boston during his 22 years as an EMT / ambulance driver. Now he’s putting that knowledge to use by making a comprehensive set of maps that show Boston’s development over almost 400 years, and the results are nothing short of amazing.

Though McCarthy’s maps are as detailed as an encyclopedia, he told Wired that his goal is to make the history of Boston accessible to the average Boston resident.

“It seemed to be a hole that needed to be filled,” McCarthy said in his thick Boston accent. “The average guy isn’t going to sit around and read a book about the history of Boston. But, he’s in a bar, he’s got a beer in his hand, and he sees a map of Boston on the wall, he might walk over and start checking it out.” 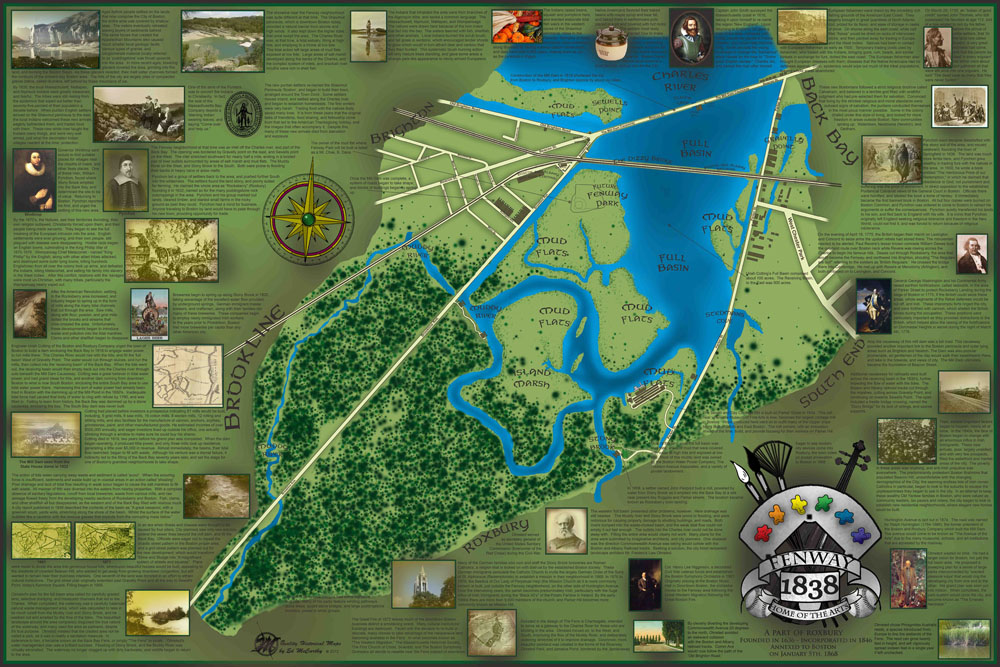 McCarthy has made 23 maps so far, and has around 25 more to make before the collection is 100% comprehensive. That won’t happen anytime soon, because the combination of planning, research, and designing the maps in Photoshop takes around six months for each map.

McCarthy starts by digging around, using a range of resources, some as authoritative as the Massachusetts Archives and others as unofficial as a local barbershop. “I take all of these different references and I compare them all and overlay them; where they don’t agree, I try to split the difference,” he said. “What I’m coming up with is probably the most accurate map there is.” 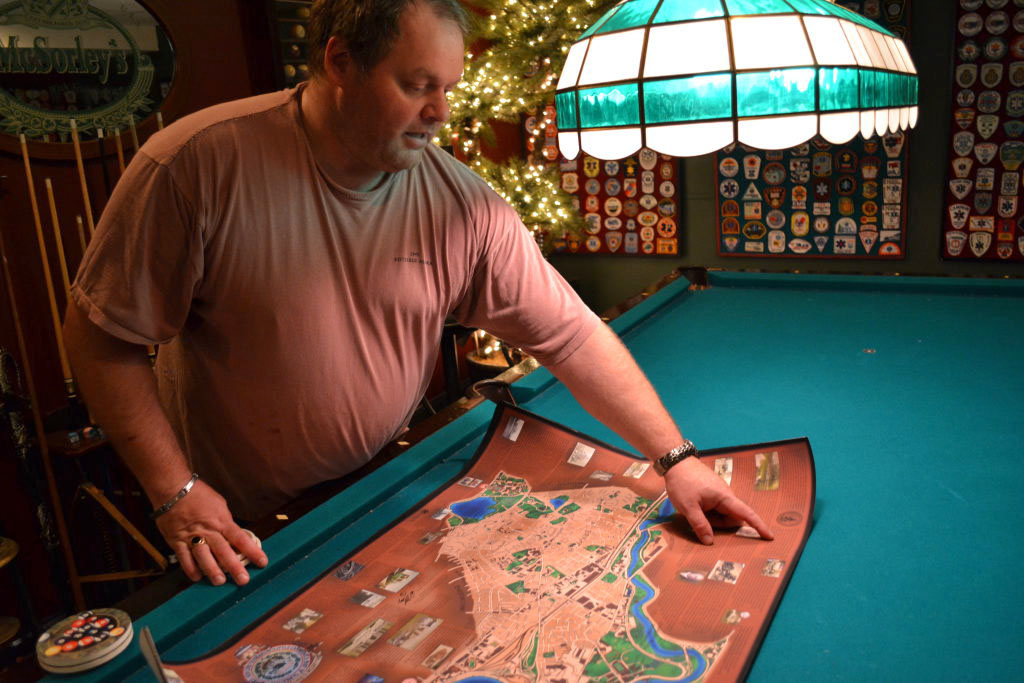 Although McCarthy’s mapmaking is still primarily a labor of love, he has slowly begun to sell prints of his maps — around 130 in total, for $100 a pop — and a colleague is helping him set up a website.

“I’m an EMT, I’m not a businessman. But I’m making these and I enjoy making them, and I’m never going to stop until I get the full city done,” he said.

Hopefully increased exposure will give McCarthy even more resources in his mapmaking, so his work can be enjoyed by the widest audience possible.

Enter to win a pair of tickets to attend The Hess Collection Seminar and Dinner as part of Boston Wine Festival 2018 at the Boston Harbor Hotel on Wednesday, March 14th. END_OF_DOCUMENT_TOKEN_TO_BE_REPLACED

We ate vegan blueberry cake and it was amazing. END_OF_DOCUMENT_TOKEN_TO_BE_REPLACED

Dan Croll is a great musician and an even better person. END_OF_DOCUMENT_TOKEN_TO_BE_REPLACED

We kicked off the weekend with a visit from Sasha Purpura, Executive Director of Food For Free. Sasha was back to promote next month’s Craft for a Cause event, a craft beer festival celebrating the Central Square Cultural District. END_OF_DOCUMENT_TOKEN_TO_BE_REPLACED

Summer is the hungriest time of the year. Millions of kids rely on school meals, but in summer, the meals disappear. HGTV’s Taniya Nayak was in studio this morning to talk about Taste of the Nation this coming Tuesday, June 6, which benefits Share Our Strength’s #NoKidHungry initiative. Click here to get your tickets. END_OF_DOCUMENT_TOKEN_TO_BE_REPLACED

Community Servings provides nutritious meals to individuals and families living with a variety of illnesses. Stephanie Carrigg was in studio this morning to talk about this year’s Meals4Moms program, where your contribution not only helps feed moms in need, but nets you some great goodies for a mom in your life. END_OF_DOCUMENT_TOKEN_TO_BE_REPLACED

Continuing our month-long series spotlighting videos we hope will inspire you think. END_OF_DOCUMENT_TOKEN_TO_BE_REPLACED

The first in a month-long series focusing on new songs that go a little deeper. END_OF_DOCUMENT_TOKEN_TO_BE_REPLACED