Since June, Somerville residents, Cambridge transients, and occasional visitors from the Boston side of the Charles have enjoyed the Aeronaut Brewing Company’s new taproom near Union Square. 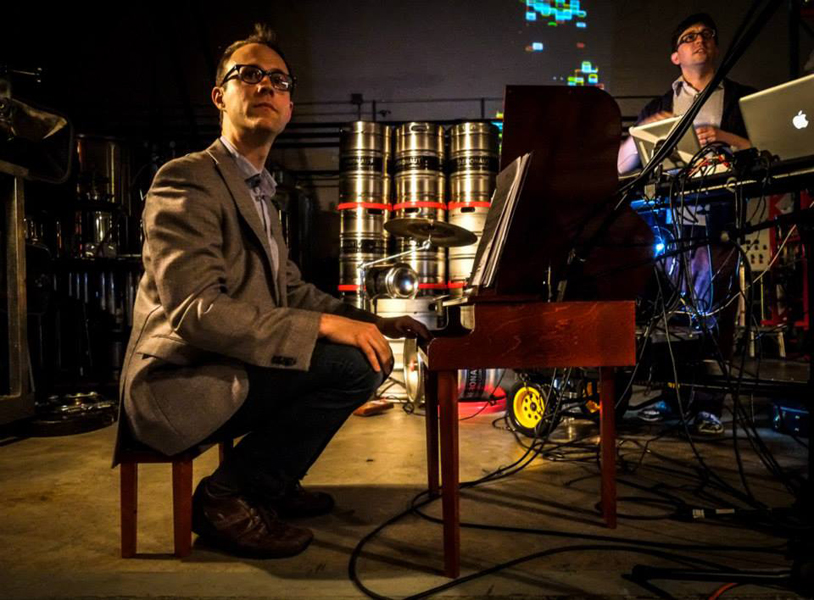 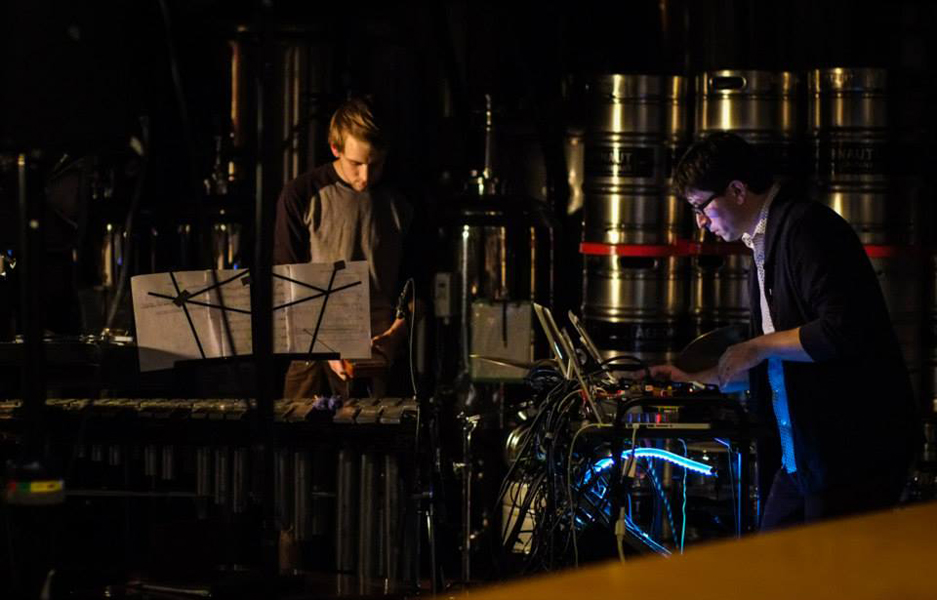 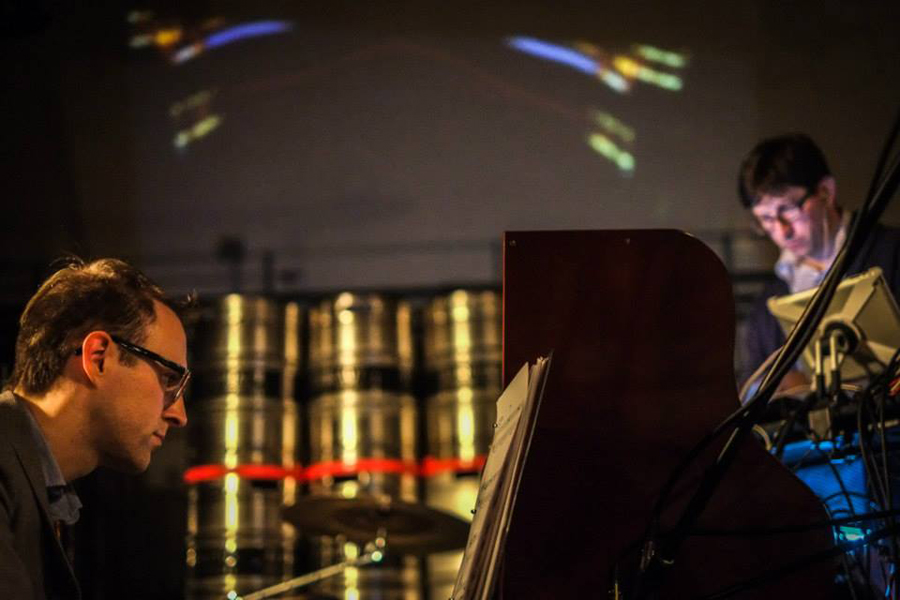 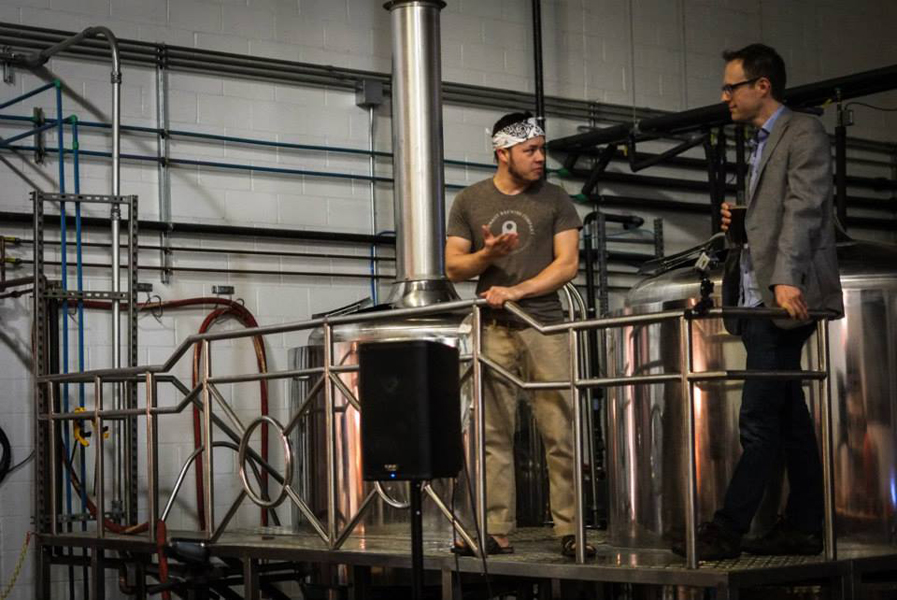 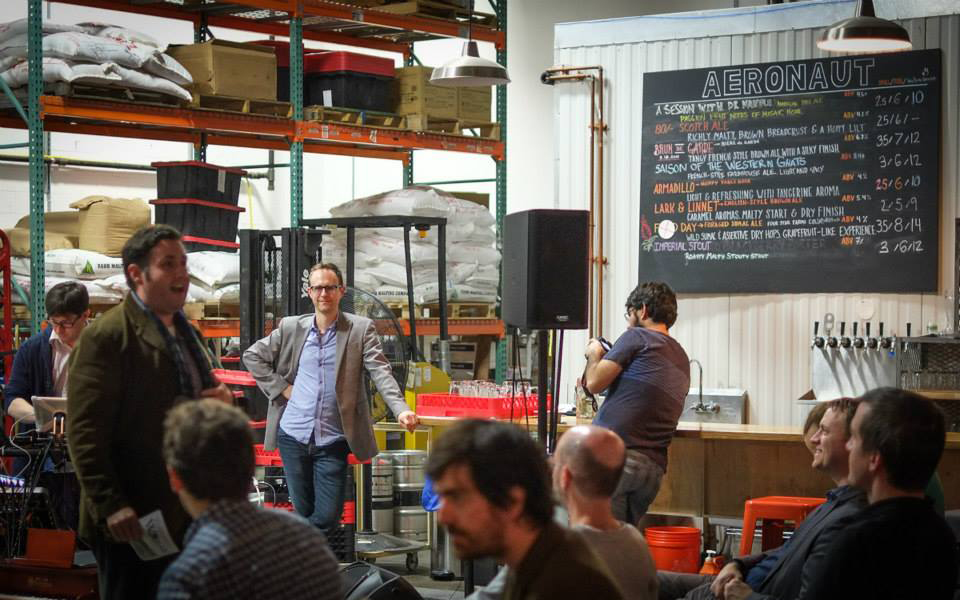 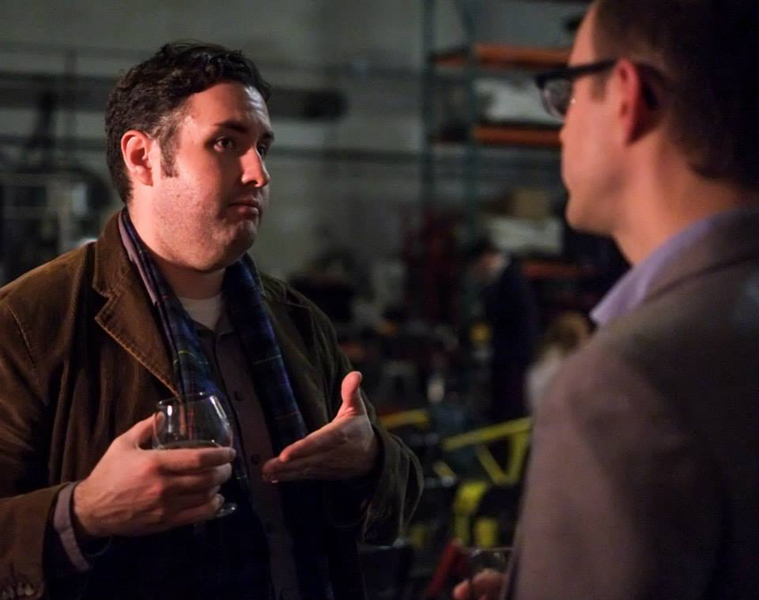 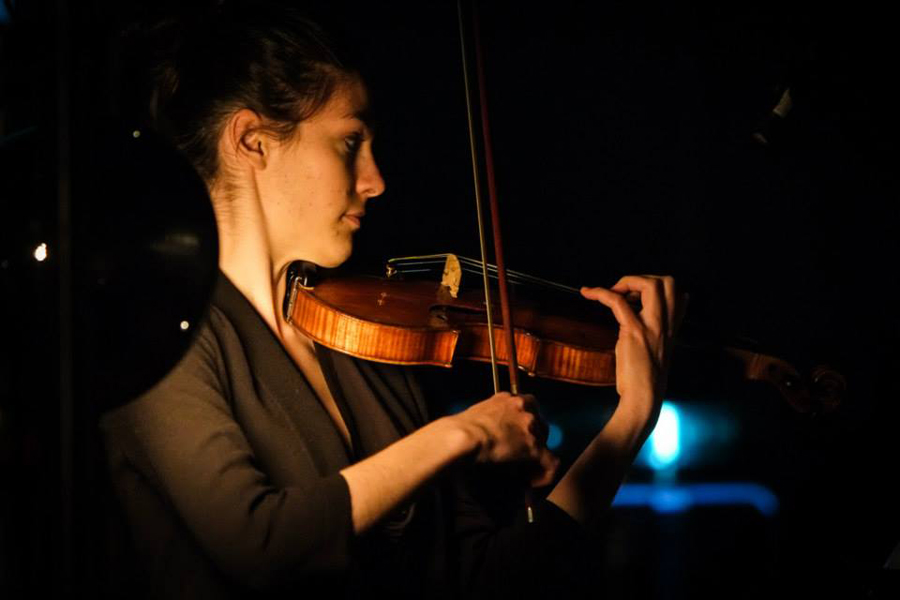 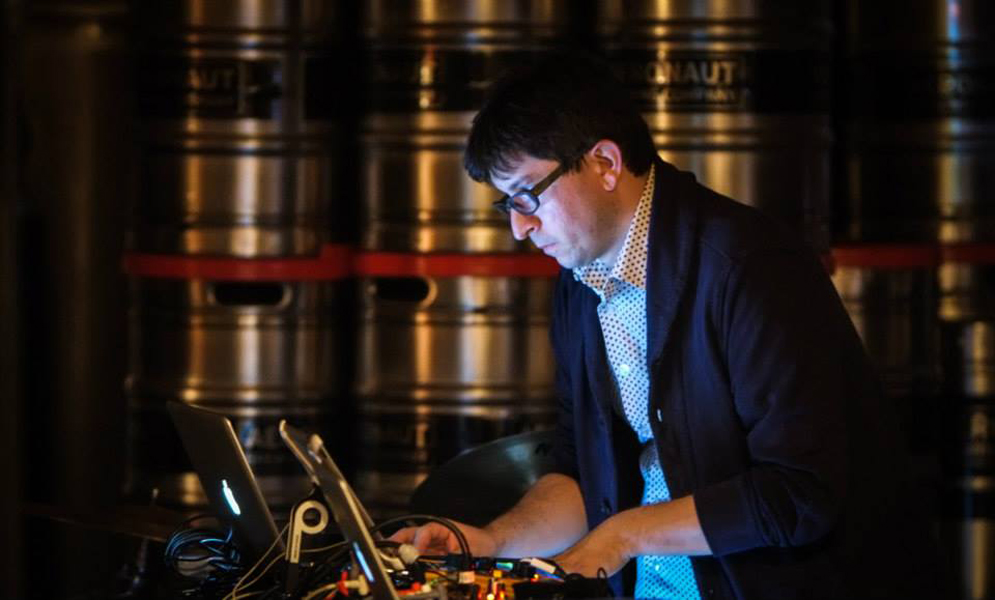 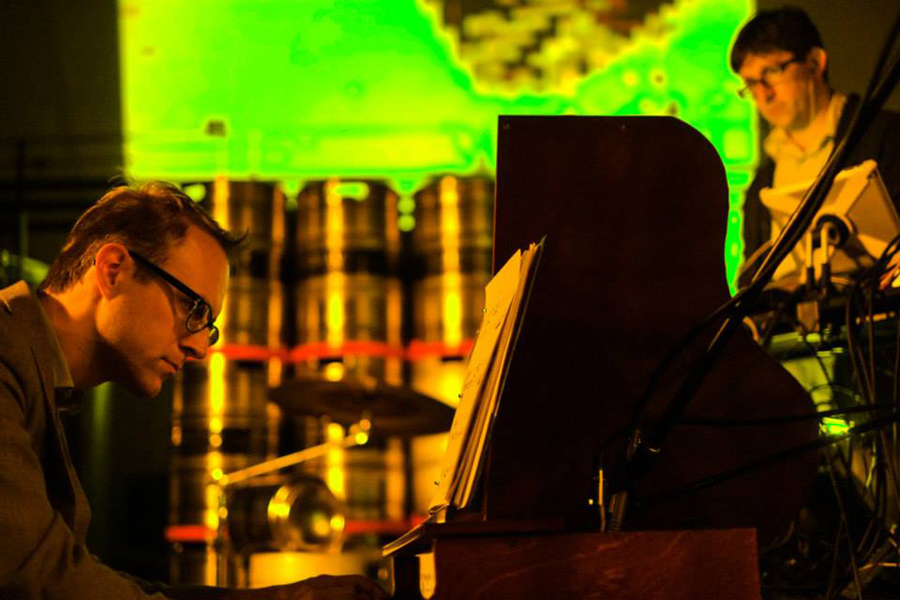 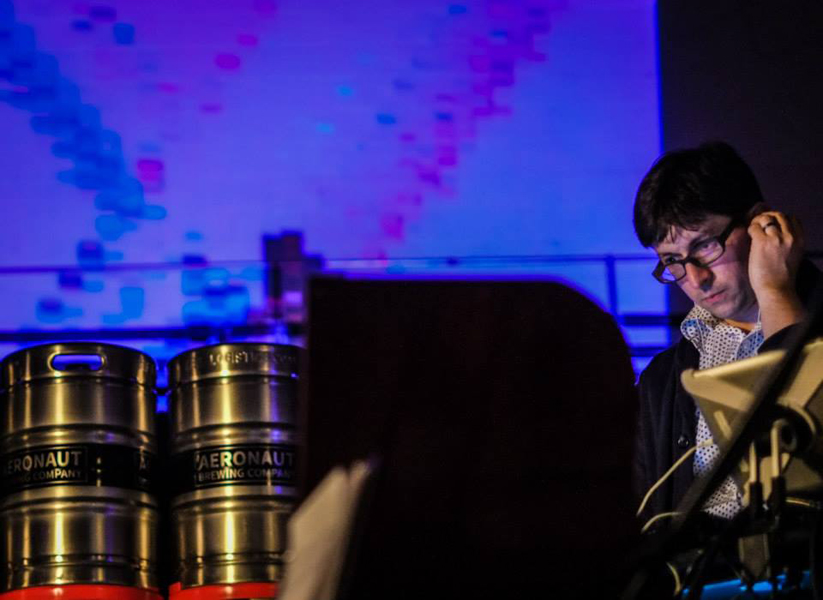 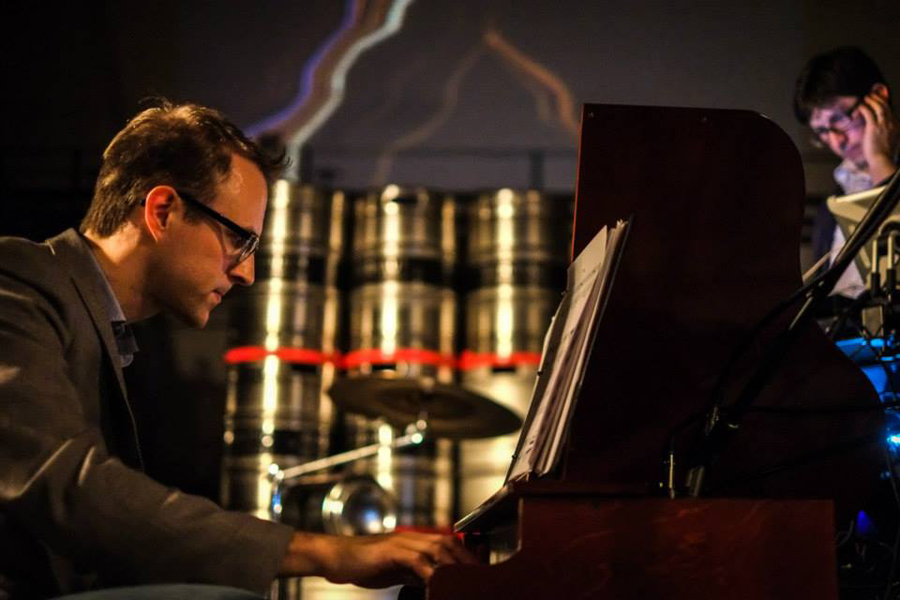 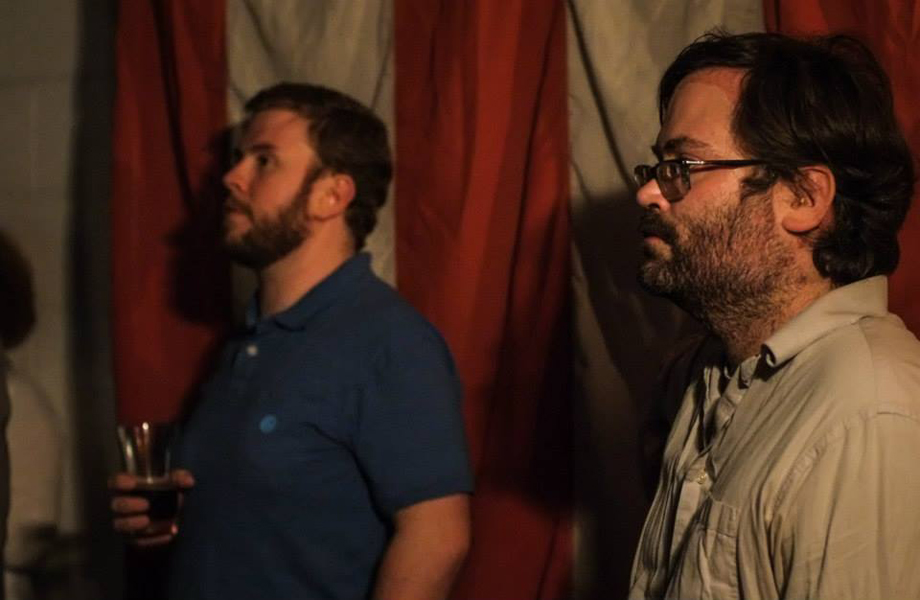 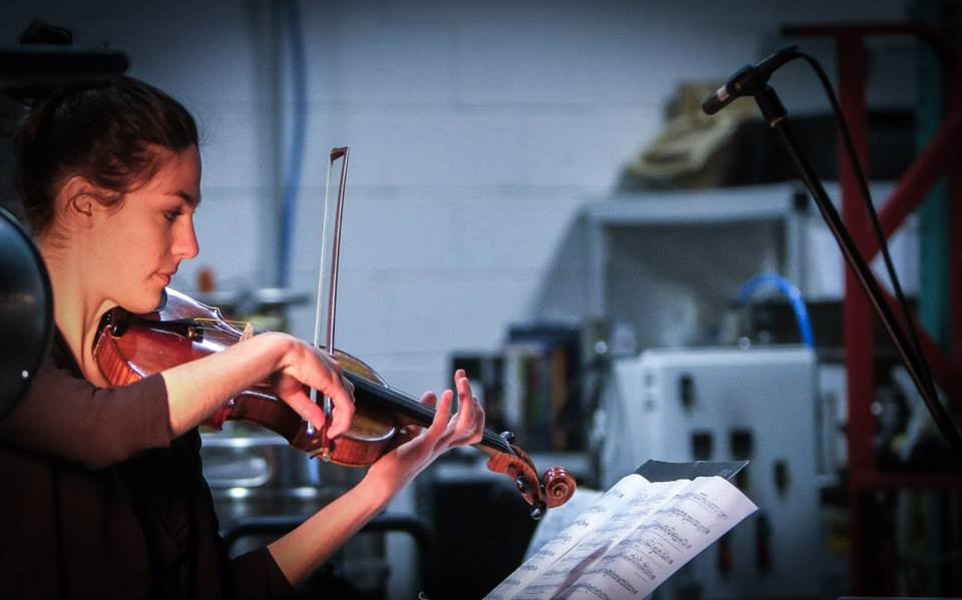 New England’s latest craft brewery currently boasts seven brews on tap for tasting, and it cycles through these in a manner wholly dependent on the brewers’ tastes at any given moment. But the Capercaillie – a rich and creamy Scottish ale newly added to the taproom list – stems from a different source.

“We mostly brew beer because we like it,” says Ben Holmes, Aeronaut co-founder and doctoral students at MIT. “However, we made a single barrel prototype of the Scottish ale for a previous event, and now it’s available as a staple.” Um, what previous event? The inaugural Bit Fest?

Nope. Holmes is instead referring to Original Gravity, a newly-minted concert and tasting series exclusive to the Boston area.

Consisting of four shows a year, the program features unique pairings between New England composers and musicians, and beer brewed especially by Aeronaut.

That way, visitors can experience much more than just the general tour and tasting routine they’ve come to expect from larger breweries.

“I wanted to reach those who wouldn’t normally attend a concert featuring classical music,” Keith Kirchoff, the artistic director and concert curator of Original Gravity, tells BDCwire. “The brewery seemed like the perfect venue. It’s not like going to Symphony Hall, where you sit in a stiff chair and listen quietly to centuries-old music. It’s more like a jazz club. You’ve got a drink in hand, and when you hear something you like, you’re free to clap or cheer.”

A world-renowned pianist, composer, and lecturer, Kirchoff is a strong proponent of combining classically-inspired music with computers and other modern electronics. He’s also an avid homebrewer and beer connoisseur, a separate creative endeavor with which native and transplanted Bostonians are quite familiar. These two interests typically never mingle, but the idea for pairing beer with classic music makes perfect sense to Kirchoff.

“It’s such a great combination,” says the musician. “Just like composing music, modern brewing is very much a creative art. Any good beer reflects the brewer’s personality and character.”

Every once in awhile, the MIT student’s flamenco teacher would bring his classical guitar to Aeronaut and play for brewers and taproom visitors. Many assumed the musical addition was a normal occurrence and thought nothing of it. But when Kirchoff approached Holmes with his ideas for Original Gravity, he realized just how powerful the combination could be.

“Both beer and music have stories,” says Holmes. “Therefore, it makes a lot of sense that you’d have a Scottish-sounding dirge paired with a Scottish Ale. They each have their own genealogies, and they compliment one another.”

Which is how Aeronaut’s Capercaillie came about. After brewing the initial batch for an Original Gravity performance, many attendees responded positively to the rich, malty beer. Subsequent recipes were tested and brewed, and now the Scottish Ale is one of the taproom’s seven regulars.

“It’s neat to think that a special, one-time release inspired by music is now a beer we make on a regular basis,” Holmes tells BDCwire.

The next Original Gravity concert is slated for 7 p.m. on Wednesday, February 11 at the Aeronaut Brewing Co. taproom in Somerville. Boston ensemble Transient Canvas will play a selection of new music from local composers, while Aeronaut’s brewers will provide beer pairings for each composition. A $15 donation is suggested per ticket.

Enter to win tickets to see Trio Da Kali at The Villa Victoria Center of the Arts (Newton, MA) on April 10th. END_OF_DOCUMENT_TOKEN_TO_BE_REPLACED

END_OF_DOCUMENT_TOKEN_TO_BE_REPLACED

Enter to win tickets to Rhye at The Paradise on February 28th. END_OF_DOCUMENT_TOKEN_TO_BE_REPLACED

Enter to win a pair of tickets to attend The Hess Collection Seminar and Dinner as part of Boston Wine Festival 2018 at the Boston Harbor Hotel on Wednesday, March 14th. END_OF_DOCUMENT_TOKEN_TO_BE_REPLACED

Her new album has been pushed back, but we have Kimbra’s new single for you. END_OF_DOCUMENT_TOKEN_TO_BE_REPLACED

This year, the festival is welcoming more female wine producers than ever before, making up 20% of all winemakers that will be at the festival. END_OF_DOCUMENT_TOKEN_TO_BE_REPLACED

The folk duo returns with a new record this week. END_OF_DOCUMENT_TOKEN_TO_BE_REPLACED

Now that we’re done looking back at 2017, let’s look ahead at 2018. END_OF_DOCUMENT_TOKEN_TO_BE_REPLACED