From Lyft to Favor: Meet the Workers Behind Boston’s Sharing Economy Startup Apps

With a black helmet tucked under one arm and a brown paper bag in the other, Tim Sorbanelli walked out of CVS one night with a package of condoms, two bottles of Fiji water, a sleeve of Oreos, a stack of paper plates and a scented candle and sped away on his moped.

But that wasn’t even the curious part of this scene. Despite what smirking onlookers may have thought, this bizarre slew of items was neither for Tim nor for “a friend.” Instead, it was for a complete stranger.

Tim, as revealed by the bright blue shirt peeking out of his coat, is an employee at Favor Delivery, and this happens to be just one of the many “interesting” orders he has delivered as a part of his job. In an age where technology has taken the throne, it’s safe to say that blooming startups like Favor are using this to their advantage. New companies including Favor, Lyft, Uber and Airbnb have combined innovative apps with everyday services, expanding the job market and making lives quite a bit simpler—and more interesting.

“In this modern world, it’s easier than ever to find a flexible job that’s also reliable,” said Favor co-founder and CMO Zac Maurais. “Favor’s a different type of job in the sense that we have Facebook groups and throw these Facebook events rather than meeting in a corporate office.”

To better understand how these startups have changed the job market, I decided to download these apps and get up close and personal with a few of their employees, using the transportation service Lyft and delivery service Favor in particular. Boston has served as a sort of expansion city for both companies, as it became the San Francisco-based company’s first east-coast city back in May 2013 and the Austin-based company’s second destination earlier this summer.

With the help of a few coupon codes and some hungry friends, I ordered some food and took some rides around the city, speaking with employees along the way.

Why Lyft?: “I just got out of the army six weeks ago, and I’m earning some extra money before I head to UMass Boston in January. I drive once a week and made $145 my first night, even after the 20 percent Lyft takes out. Once I’m driving for 50 hours, they’ll take out all fees to show us their appreciation. It’s nice.”

On driving: “Boston people, we drive aggressively around here. So as a driver, I have to temper my habits because I am from around here, and you know I don’t want to be scaring my customers. No going and ripping the steering wheel off.”

On convenience: “It all goes so seamlessly. And for the customers, I think it’s actually a lot safer than regular cabs because it’s cash-free. Everything’s connected to Facebook and credit cards.” 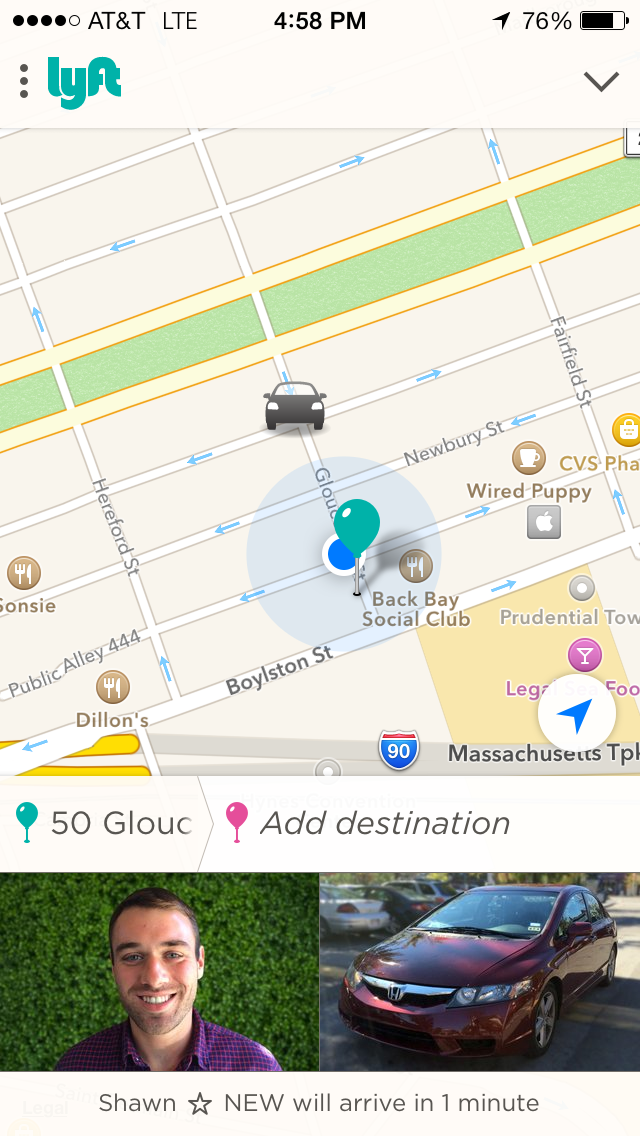 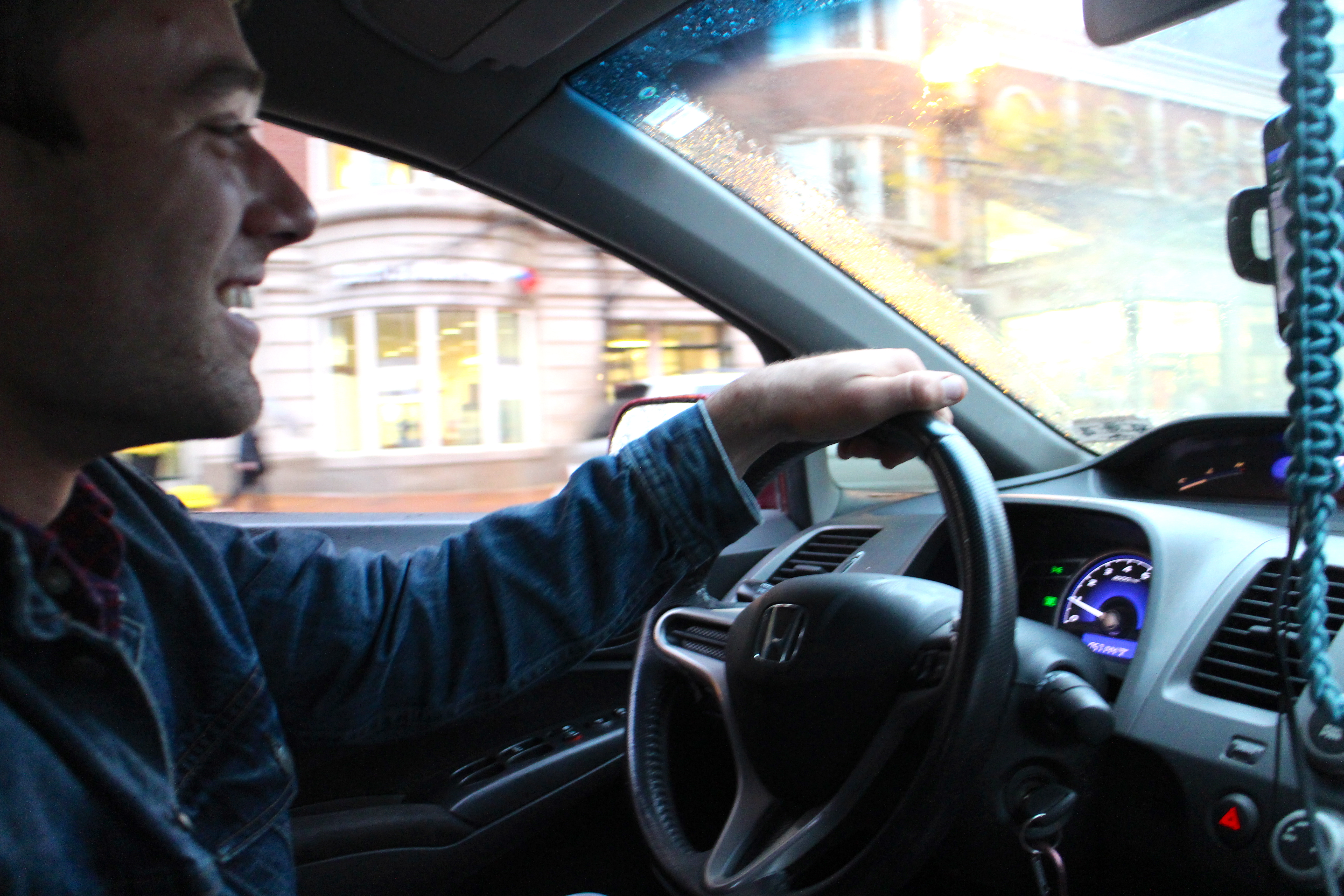 Why Lyft?: “A good friend who’s also a Lyft driver told me about it and how he could set his own hours.”

On convenience: “You can drive whenever you want to. And I make money that I can be making at structured jobs, sometimes more. The only difference is that I don’t have to ask. I can just drive.

On customers: “The people are happy with the service. They seem to really appreciate what we’re doing, and we’re happy too.” 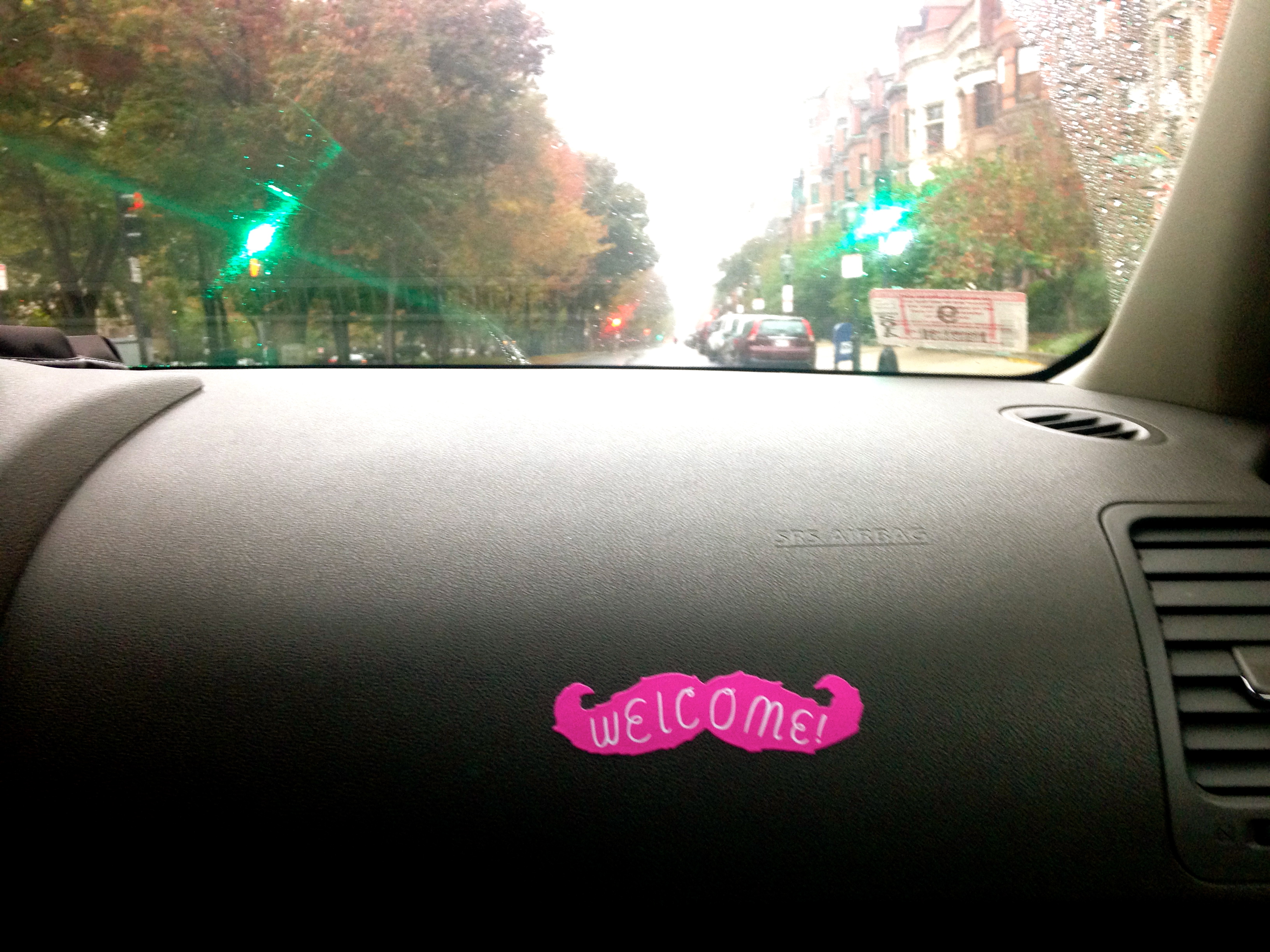 Why Lyft?: “Lyft is a bit nicer than Uber in that the people are friendlier. They get to sit in the front seat with you, you get to have a conversation, and you drive when you want.”

On customers: “Everyone’s so kind. But I decided I’m not driving at night anymore. I had an experience where a lady had been drinking and then got in my car and fell asleep. I was worried she wasn’t going to wake up. But she did, and I’m not doing that again.”
Favor

The order: A Chipotle Burrito

The ups: “I needed quick cash, and I think [Favor] was definitely a great way to explore the city and learn about my surroundings. And it’s a great way to make money, so that’s cool.”

The downs: “Tonight it’s pretty ugly out. Right now the weather might affect my time by 5-10 minutes, but I can still do my job. I think later in the winter, when it’s snowing and whatnot, the deliveries are going to be a little less smooth.”

Weirdest moments: “The strangest thing – I’m actually on my way to deliver it right now – is that somebody ordered protein bars or mix or something from GNC.”

The order: A Sunset Cantina Enchilada

The deliverer: Tim (featured above)

The ups: “I’m making my moped investment worthwhile. And also it’s fun finding places in Boston you haven’t been to before. I’ve lived here for like three or four years, and I’m still discovering new things.”

The downs: “Sorry, I hope you can understand what I’m saying. My lips are actually frozen from the wind.” 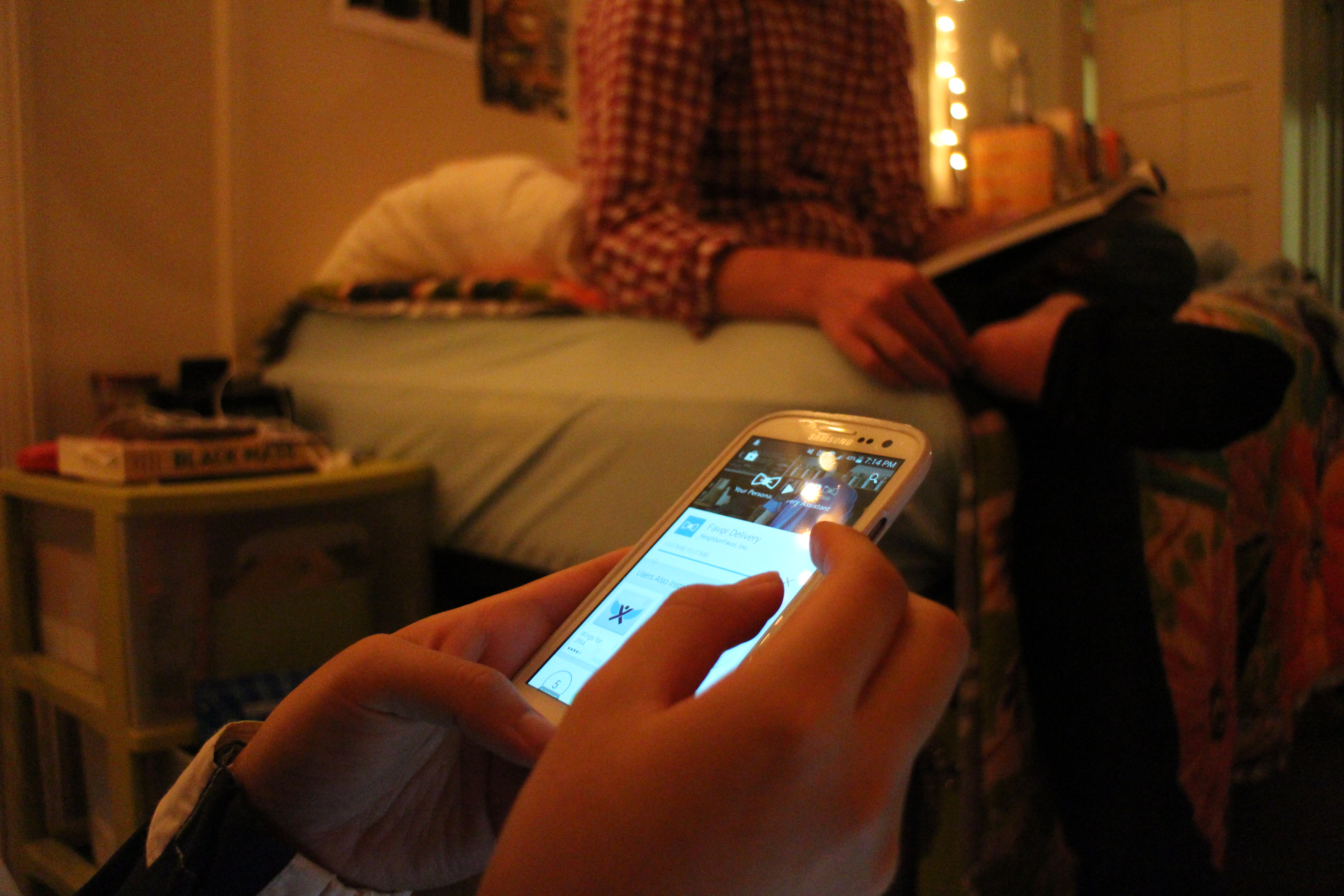 Other stories from co-founder Zac Maurais: “We have a Facebook group where everyone connects, talks about their shifts, shares stories from jobs. Last week someone posted about a delivery where he had to pick up a dress and flowers and drop it off at this girl’s house. It turned out to be part of a proposal…We’ve also had people who’ve left their keys at a friend’s house and asked us to pick them up.”
Whether Lyft or Favor, transportation or delivery, these service-based startup apps are finding their ways to smartphones across the nation. Are these technologies the new face of the future job market?