From Los Angeles With Love: Catching Up With Former Locals Dirty Dishes 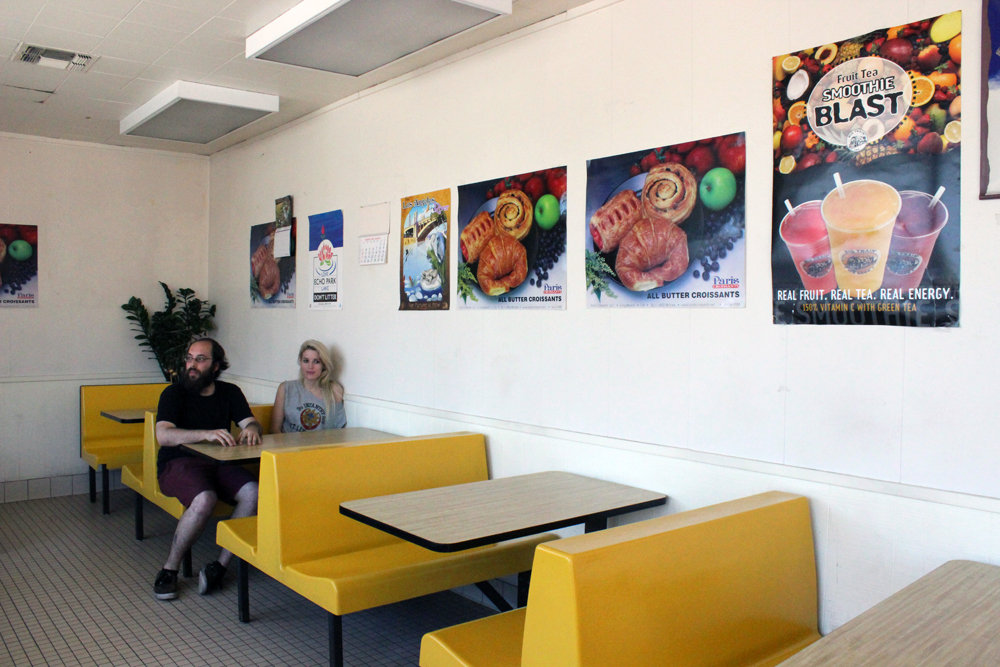 Los Angeles is distinctly different from Boston, where the two were part of a tightly knit network of music friends (think Exploding in Sound; Grass is Green; Speedy Ortiz) and recorded every note of their first two EPs in friends’ small recording spaces and houses – usually jamming haphazardly until finding the sound they were looking for. What came out of those distorted and scuzzy sessions was a ton of attention and a seemingly endless string of tour dates, which resulted in a fair share of wanderlust. Los Angeles was a chance for Dirty Dishes to slow down and get its bearings. They moved there to focus on their music; to naturally grow their already blossoming musical loins.

Now, inside Tuite’s Echo Park apartment that sits at the top of a hill between Glendale and Sunset Boulevard – a once predominately Mexican area of LA that has become increasingly infiltrated by hip youths- Dirty Dishes tears through the new single that the band plans to release at the end of September; a lead up to an even more exciting album vinyl pressing the band has in the works, and a national tour they have lined up for the Fall. Sitting there with Tuite and Molini, it becomes apparent that the new album couldn’t arrive at a finer moment, nor could it be a more exhilarating trek through the ever-shifting synapses of Tuite and Molini’s current state of mind. It’s both their first real studio-caliber album and the first musical product since their 3,000 mile move. 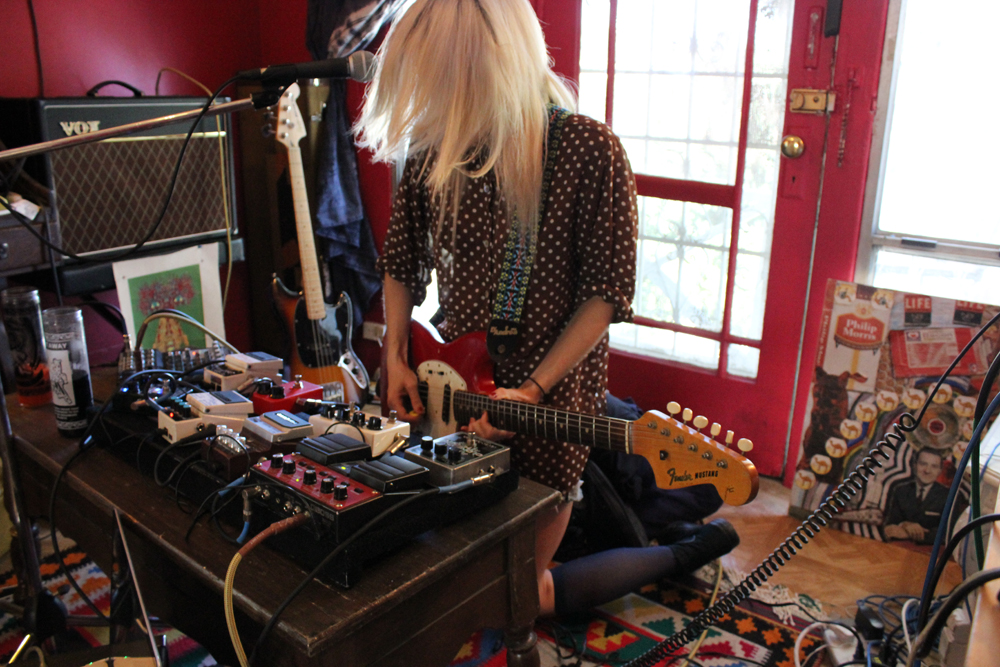 The two of you have been playing as Dirty Dishes since 2009; I imagine each of you bring pretty specific and complementary things to the table when it comes to working in the studio and playing.
Alex: We do a pretty good job of balancing each other out. When I’m being a freak and a perfectionist, Jenny is usually OK. And when she’s a freak I’m usually OK.
Jenny: Yeah, that’s really true.
Alex: We’re just totally the opposite too. I’m a pessimist, she’s an optimist.
Jenny: We’ve been playing together for so long, we just get each other at this point.
Alex: And touring, if you can make it work while you’re touring, just as friends, then you can do anything. 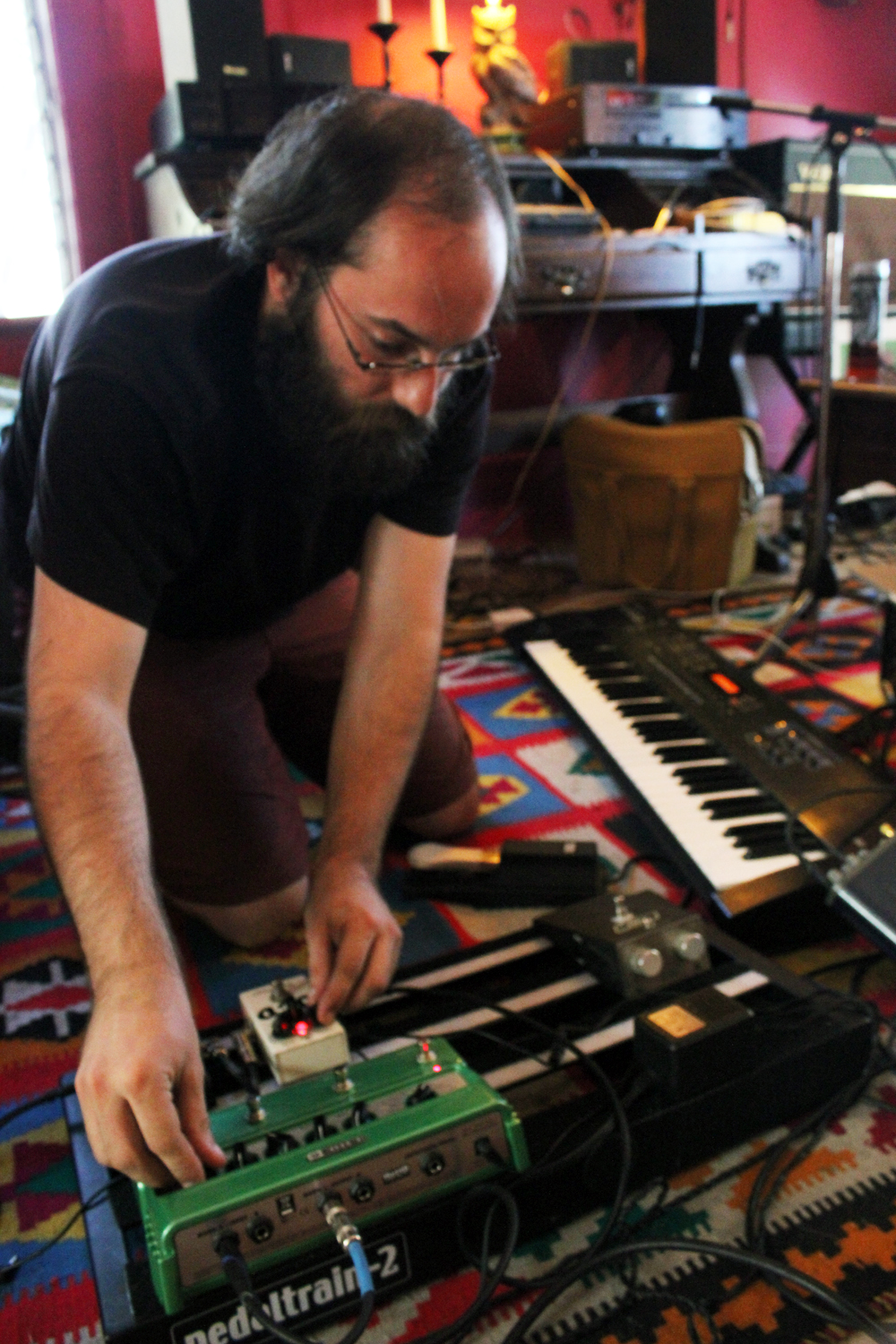 Jenny: That determines a lot, like how solid your band is. It’s more than just picking someone that you know you could go in a room and make sick music with. It’s personalities. It’s being able to tour for an extended period of time and be making music that you genuinely like and enjoy playing. 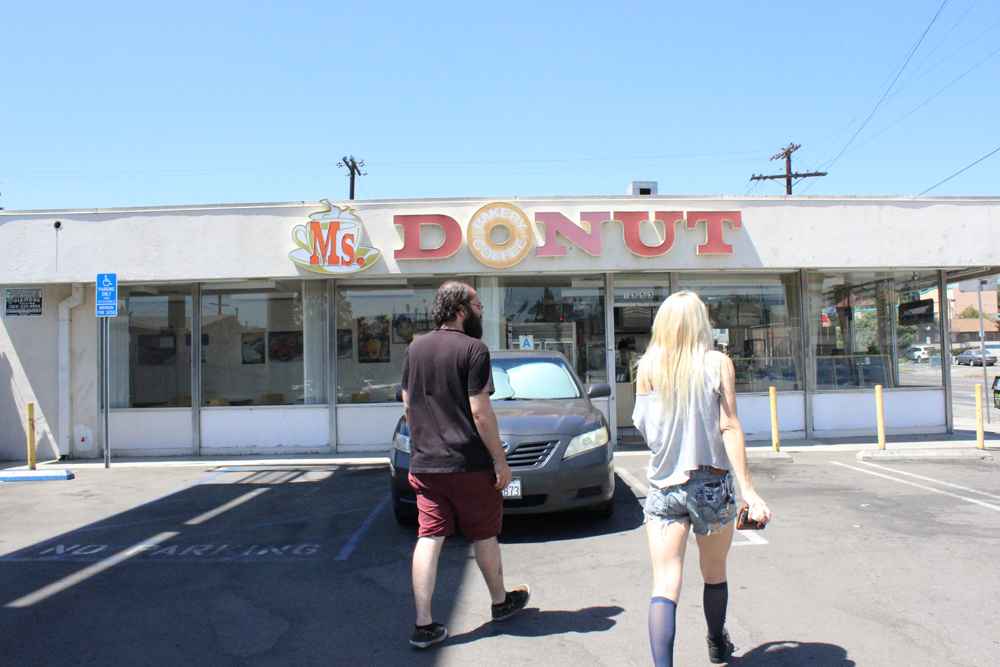 You have a new single coming out at the end of September, what would you say are the biggest sonic differences between this new track and those on your first album?

Jenny: We have a few songs that are pretty similar. The first four tracks of the album are definitely in the same vein as our first album.

Jenny: And then the rest of the album – we’re going to press it to vinyl – sounds way different. So different that for a while we were thinking we should do two different EPs. But we decided to split the EP on the vinyl so that Side A is our more familiar sounding tracks, and when people flip to Side B it will be super trippy and weird; comparatively way different tracks.

Alex: Our first side is a lot of distortion and the second side has no distortion, and is really slow, long, and sparse songs.

Jenny: Yeah, very ambient. We like the stuff we’ve been playing, I mean the rock stuff is our favorite to play; we’re very influenced by that sound. But I feel like a lot of musicians get stuck in this thought of, ‘OK we have to play this same sound,’ or they make the same stuff over and over again, because there might even be pressure from fans and other people to do so. But we always just try and evolve and play what we want.

Alex: We both have other musical projects as well – she has Cloud Cover, and I make hip hop music – so the outside influences seep in to Dirty Dishes and continue to change our sound. 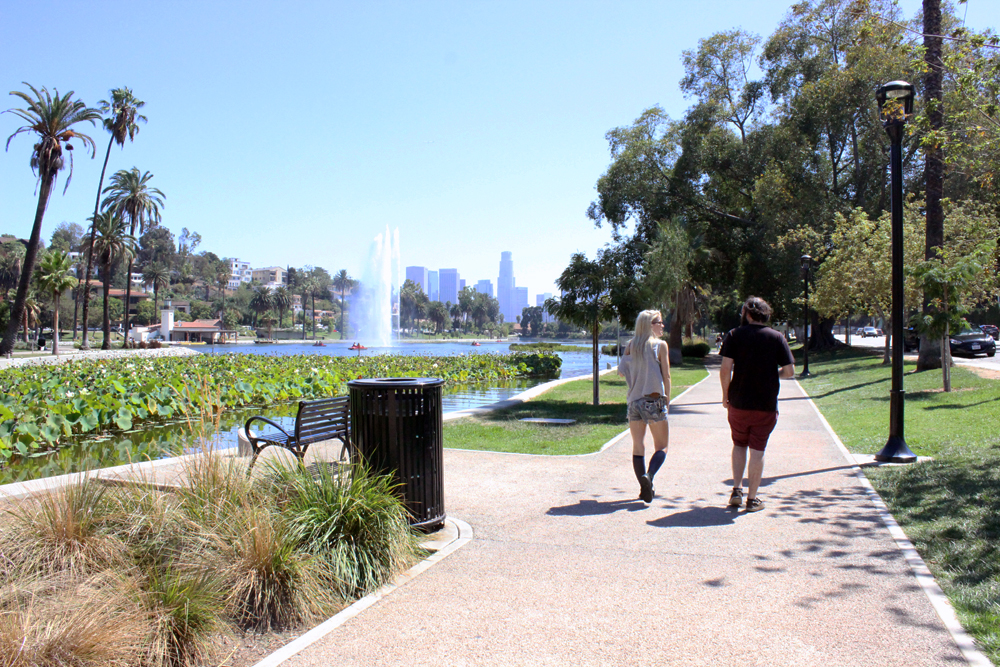 What was your guys’ writing and recording process like for this new album?

Jenny: It always starts with something kind of weird.

Alex: Then they get less weird.

Jenny: Yeah! So we’ll jam, sometimes we’ll record our jams, otherwise we’ll just play and then tell each other what parts we thought sounded best.

Jenny: We started working on things differently. Took some time to adjust and find people to work with and track with. We got really lucky with the engineer we tracked with. He was part of this studio that I worked at in North Hollywood. The two producers went on tour so they stopped renting out their studio space, so they put all the gear in our engineer’s garage. It was by far the best recording experience we’ve had. 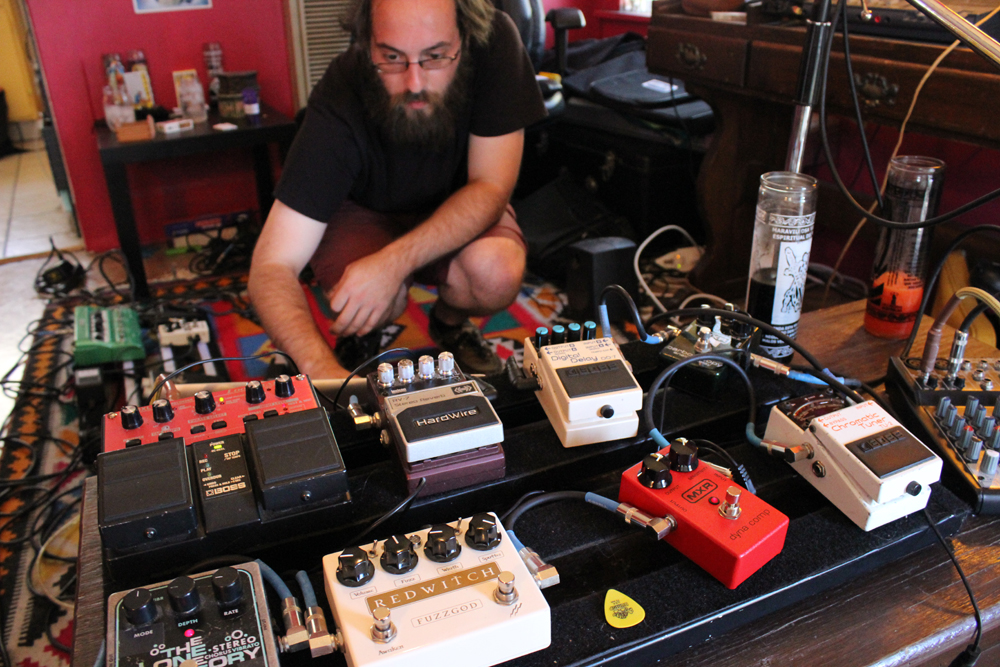 Alex: And it was the longest. Which speaks even more to the high quality of the work that Chris (Thompson) did for us on these tracks. He had a lot of great ideas too. In my experience a lot of mix engineers like to play with their toys, just like we like to play with our instruments. So when they have an idea they will take it way too far. But with Chris, everything he did was done so tastefully. It was so comforting to know that when you say something to try and explain how you want something to sound – even the most trained musicians sound like idiots – he totally got what we were saying.

Jenny: A lot of engineers try and put their stamp or sound on an album. Well they either can’t do any other sound, or they want it to sound like their record. But Chris is able to make any sound at all. 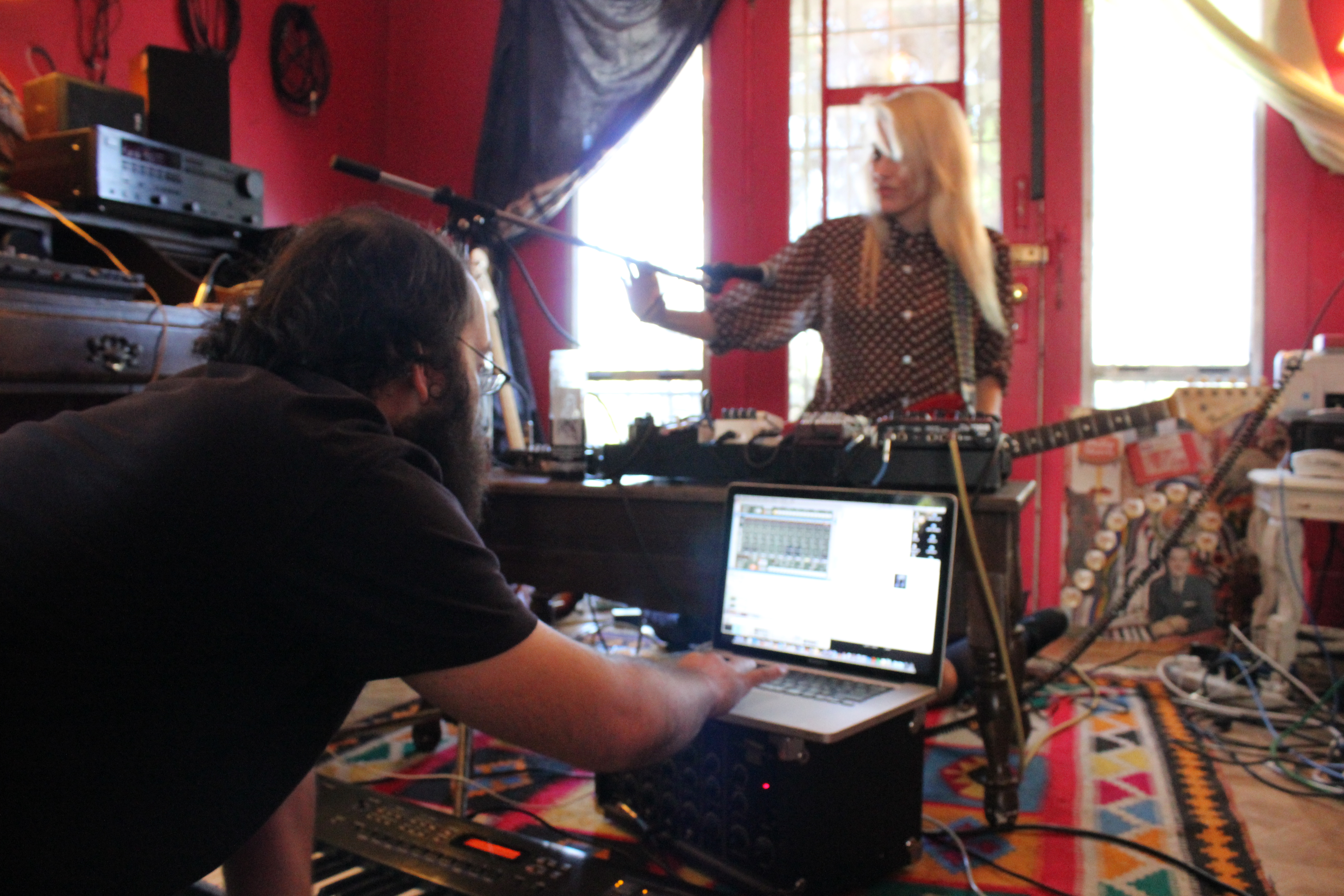 Where do you guys feel most comfortable recording?

Jenny: We don’t like recording in the studio. We’re not used to that.

Alex: I mean I’m sure we would feel differently if someone said, ‘OK you can use this studio for the next two months.’

Jenny: It’s high stress because you’re working against a clock, and time that you have paid for. Studios are typically really sterile as well. You get uncomfortable, and everyone is separated. Going to record at Chris’ houses seemed like a nice break; relaxing and easy.

Alex: Every time you do a take in the studio, you think to yourself, ‘This has to be the take,’ and that stifles your creativity, you can’t try different things or try and change something. Working in the studio can be a great thing, but I don’t think it makes our music better. 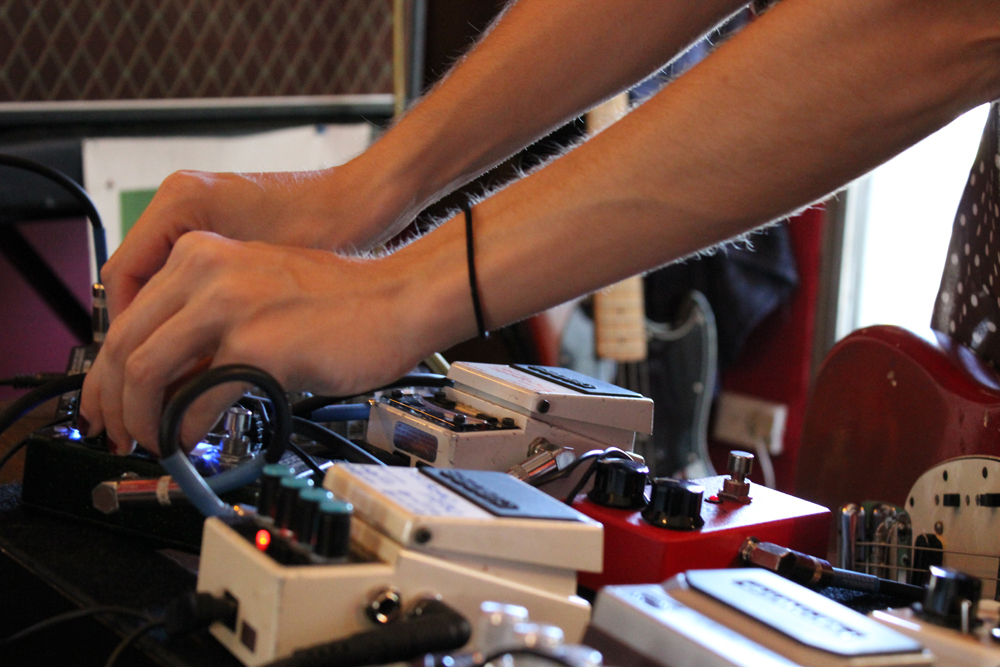 Sonically, what are your biggest underlying influences?

Jenny: We definitely like a lot of fuzzed out guitar playing. My Bloody Valentine.

Jenny: Yeah we secretly love Deftones. Please take us on tour. We like Autolux – best live show ever, and that was in Boston. 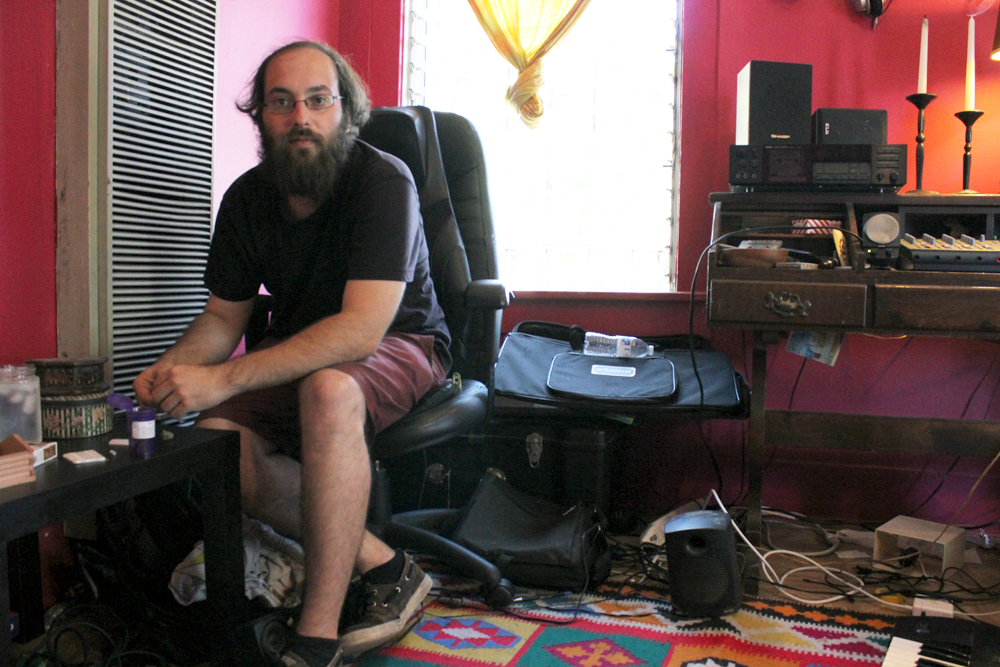 Alex: I love Justin Timberlake and fucking Britney Spears. I think there is a true art to writing a seriously good pop song. Rihanna is so tight.

Jenny: We also just listen to all our friends’ bands. From Exploding in Sound; Speedy Ortiz; Grass is Green. 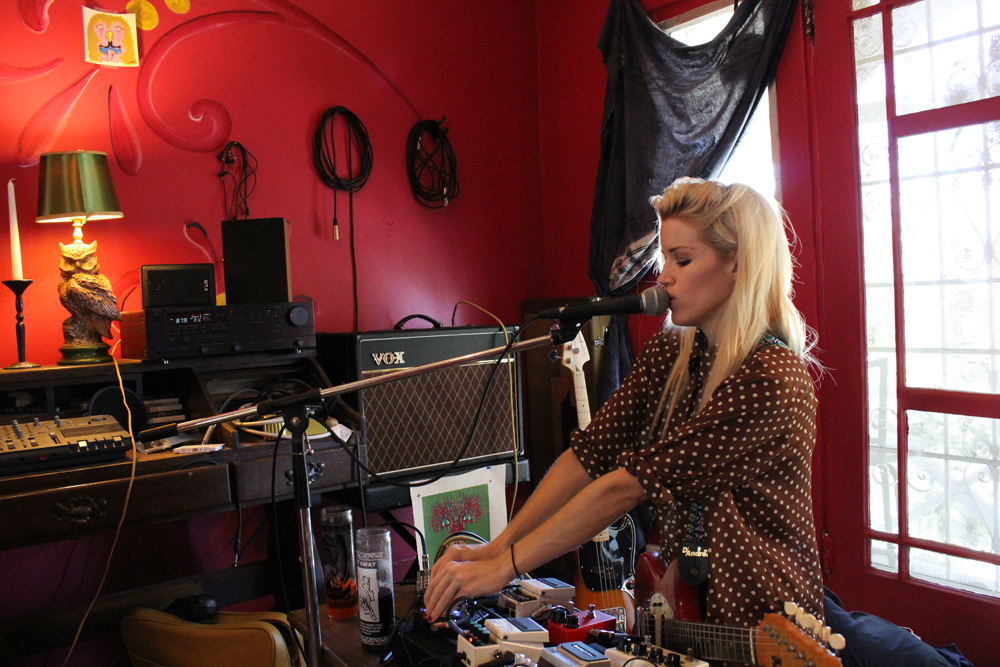