From Afterschool to LA: Michael Christmas is Who Hip-Hop Is Waiting For in 2015 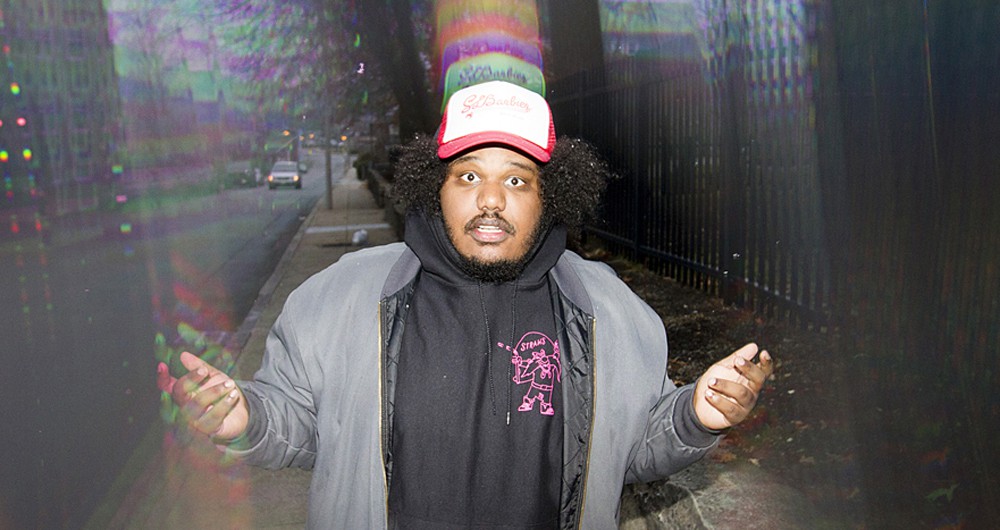 That’s how Michael Christmas starts the track that jump-started his rise to national recognition. The tune, called “ Michael Cera,” comes from his mixtape “Is This Art?” released back in February. The twenty-year-old Roxbury native is a rapper with the wit and delivery of a comedian. His songs come complete with self-deprecating humor and humility, throwing in lines about eating Hot Pockets too fast and being broke. Though his personality and lyrics may be goofy, his musical prowess is anything but.

“It’s really simple. When I was in seventh grade there was this afterschool program literally right across the street from my school. You started going there when you got to seventh grade … basically it was like clubs like you have at school but more fun,” said Christmas. “I chose the one that allowed you to make beats and record raps.”

Christmas at first was only interested in making beats, and did not want to rap. To stay in the program, however, he had to record at least one rap.

“I produced this song, it was like hella Soulja Boy. I went home and I wrote the shit out of it. It’s great. It’s not great at all, but I loved it,” said Christmas. “I went into the booth and we didn’t know how to record. We were so new to all of this shit. Like I had my best friend in the booth with me like doing ad libs while I was recording the verses. I didn’t know you couldn’t do that.” 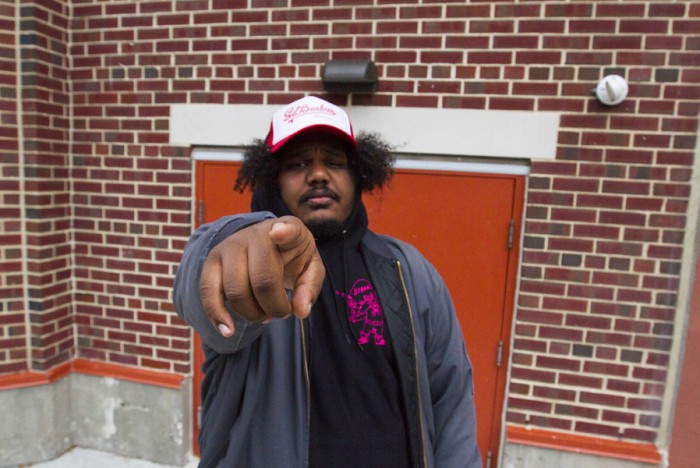 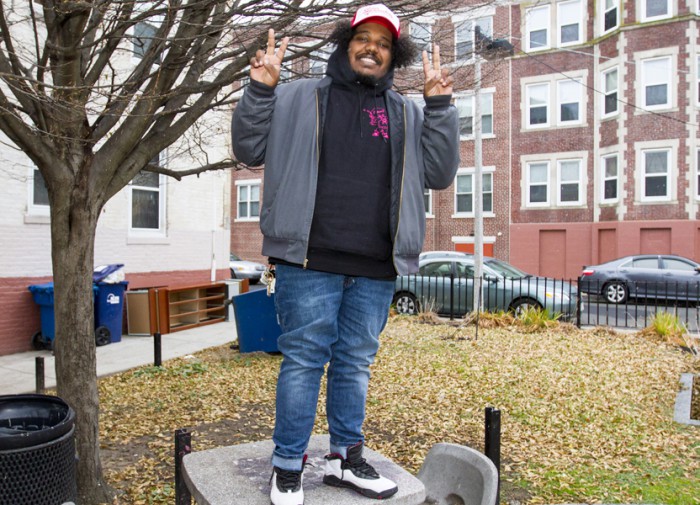 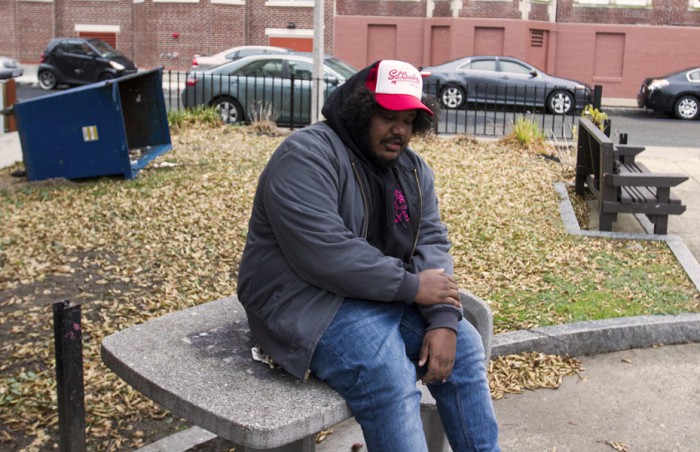 From there, Christmas was obsessed. He says he worked day and night on writing and rapping, eschewing schoolwork, which he always hated anyway.

“I was going home telling my parents I was doing homework, but I was writing raps. I became like the rapper in my middle school and then same thing when I went to high school,” said Christmas. “In high school it was different. I was like more on my own, I didn’t know anybody and I went to three different schools, so writing raps was sort of my way to get away from all that. And then I publicly let everyone know I rapped when I was like 16.”

Christmas is part of a burgeoning rap scene in Boston. The city has produced such greats as Mr. Lif and Guru, but the list of breakthroughs to the national level is relatively short. Christmas’s tracks have occasional hub-centric references to things like former Celtics favorite Brian Scalabrine or the difficulty of parking on Newbury Street, but he says he’s influenced by a much smaller world. 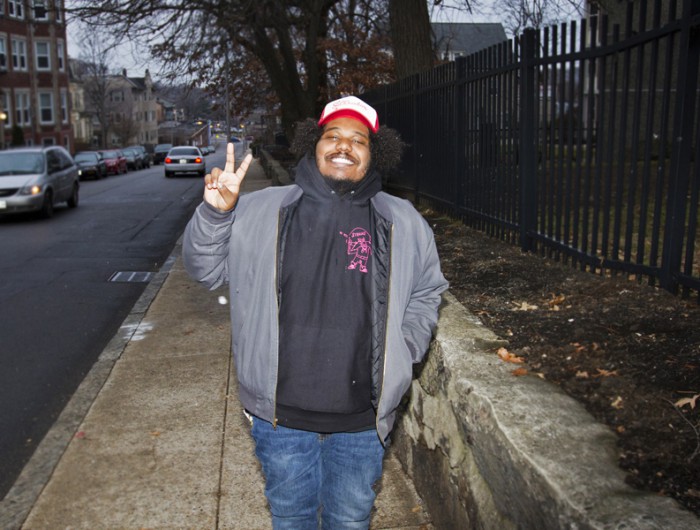 “Being from my street, being from my family and being from the neighborhood I’m from definitely has a huge influence on me, but I think Boston as a whole doesn’t really influence my music,” said Christmas. “In my neighborhood I was always like my father’s son or my grandmother’s grandson everywhere I went.”

2014 has been a huge year for Christmas. He recently moved to Los Angeles to work on his career and just announced a tour with Def Jam rapper Logic. He’s getting hyped everywhere as one of the next big hip hop artists, but Christmas is trying to make 2015 even bigger. He’s been working on a top secret new album , and is trying to poise himself to jump to a national stage.

“This is what we’ve worked for. It definitely got bigger than I thought it would fast as hell. At this point, I’m kind of just trying to live up to it, which is crazy and a great problem to have. I don’t think anybody in Boston has had a hype versus real life thing,” said Christmas. “In 2015 I think I’m going to be solidified as an established artist. I really believe that, not like a huge established artist, I don’t want to get ahead go myself, but I think I’ll be like a thing in 2015. It’s great to have that pressure to make a great project that people will have to respect you.”

Michael Christmas returns to Boston on January 14 to play The Sinclair with Big K.R.I.T. as part of a Converse Rubber Tracks session.

Click here to see where we’ll be the rest of the season! END_OF_DOCUMENT_TOKEN_TO_BE_REPLACED

We kicked off our 2018 season on the coldest day EVER. END_OF_DOCUMENT_TOKEN_TO_BE_REPLACED

Our annual sushi celebration is fast becoming the social event of the season. END_OF_DOCUMENT_TOKEN_TO_BE_REPLACED

Bringing it all home. END_OF_DOCUMENT_TOKEN_TO_BE_REPLACED

The sun came out, and so did we. END_OF_DOCUMENT_TOKEN_TO_BE_REPLACED

There was fog. The fog lifted. And we shredded. END_OF_DOCUMENT_TOKEN_TO_BE_REPLACED

Before their sold-out show on Halloween, Tegan and Sara stopped by the studio to sit down for a chat. We’ll have video later this week. In the meantime, check out a few pics. END_OF_DOCUMENT_TOKEN_TO_BE_REPLACED

Thanks to everyone who braved the pouring rain to celebrate Halloween at The Harp. Thanks also to Coors Light, Tito’s Handmade Vodka, and Rental Beast for sponsoring. Please enjoy a few spooooky pics. END_OF_DOCUMENT_TOKEN_TO_BE_REPLACED