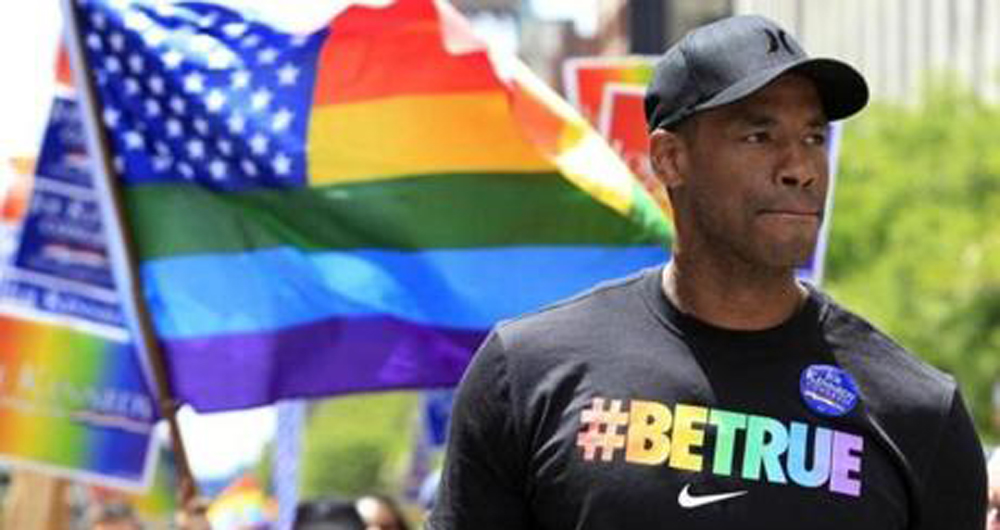 NBA journeyman and former Celtics center Jason Collins will officially announce his retirement from the NBA tonight at the Barclays Center as the Brooklyn Nets take on the Milwaukee Bucks.

18 months ago, Collins made headlines for being the first male athlete to come out as gay in one of the four major U.S. sports. While he was a free agent at the time, he was signed to a contract by the Brooklyn Nets late in February, making him the first openly gay player to play in an NBA game. In a column in Sports Illustrated, the same publication in which he came out to the public, Collins, in his own words, wrote about his plans to end his career tonight, and is glad that he’ll have the opportunity to do so in the company of friend and supporter, Jason Kidd.

“The day will be especially meaningful for me because the Nets will be playing the Bucks, who are coached by Jason Kidd, my former teammate and my coach in Brooklyn. It was Jason who cheered my decision to come out by posting on Twitter: ‘Jason’s sexuality doesn’t change the fact that he is a great friend and was a great teammate.”

Collins has been in the NBA since 2001, having played with six different teams throughout the course of his career, including the Celtics in the 2012-13 season. After coming out in April of 2013, once the NBA regular season had ended, Collins became an enormous figure in the LGBT rights movement. He was featured on the cover of Time Magazine’s “100 Most Influential People in the World” issue, and when he made his return to the court on February 23, 2014, The Staples Center gave him a powerfully warm round of applause and he stepped on the court wearing number 98– a tribute to Matthew Shepard, who was killed in 1998 in what was widely believed to be a hate crime.

Collins leaves the NBA floor tonight, but with it, leads a movement of greater acceptance in professional sports.

Enter to win a pair of tickets to attend The Hess Collection Seminar and Dinner as part of Boston Wine Festival 2018 at the Boston Harbor Hotel on Wednesday, March 14th. END_OF_DOCUMENT_TOKEN_TO_BE_REPLACED

The Black and Gold continue their run tonight at TD Garden. END_OF_DOCUMENT_TOKEN_TO_BE_REPLACED

Who will make the Class of 2018? END_OF_DOCUMENT_TOKEN_TO_BE_REPLACED

It’s been awhile since we talked Black and Gold. END_OF_DOCUMENT_TOKEN_TO_BE_REPLACED

You’re going to wish you were in the Northern Alps. END_OF_DOCUMENT_TOKEN_TO_BE_REPLACED