This year marks the fifth annual Starlab Fest in Somerville, and if you haven’t been yet, you’re doing things wrong. The mini festival put on by Matt Price and Starlab Recording Company is one of the best days of music in Boston, and probably, by default, the best in Somerville. The event will take place this Saturday, July 19, bringing local music, film, and comedy to two different stages.

The recording company is moving this year from 32 Prospect Street to 453 Somerville Ave, because the Green line extension will run through the old building (which could possibly be the site of a new station). The MBTA and the City of Somerville, who now owns the land, were at least nice enough to let Starlab use the spot once more for the festival this year.

Price has taken advantage of being kicked out of the old spot by holding the festival at both locations, while the original Starlab still stands. As in years past, the music festival will be held at 32 Prospect Street, which opens at noon, while the new location will host short films, comedy and art starting at 10 A.M. Entry to the festival is $10 with free food and $3 Narragansetts available at the old Starlab.

We caught up with Matt to ask him about Starlab Fest.

Q: Tell us a bit about what Starlab is.


A: My old band Movers and Shakers started practicing there at the old building while it was run by another guy. He kind of started to build the studio and then lost interest, so it was this sort of half built studio in the basement. Then he decided to move and we just offered to take over the building because we thought it would be cool to have, and at the time we were going to start to make a new record. So we thought, ‘Let’s finish building the studio.’


So that’s what we did, but it turns out there was all this water damage and mold and stuff in the walls where the studio was. So we had to tear it all out and rebuild everything and we didn’t have the money to do that. The first Starlab Fest started because we needed to raise some money to be able to finish the studio and be able to pay rent there. We took on this project that was way out of what we could handle.


So it just kind of started by accident, we didn’t go out seeking this building. We were just there renting this small room to practice in, and he left and we just decided to do it. That is also coincidentally was how Starlab Fest started, because we needed to make some money.


Now it’s kind of evolved into the fest becoming a bigger thing, just because we realized how cool it was and that we could get away with doing it. Now, in this new building, Starlab as a studio – we’re trying to expand. One of [the] offices is a video editing thing now, and we’re doing more outside the studio recording bands -we’re trying to do more video work, all sorts of creative stuff. 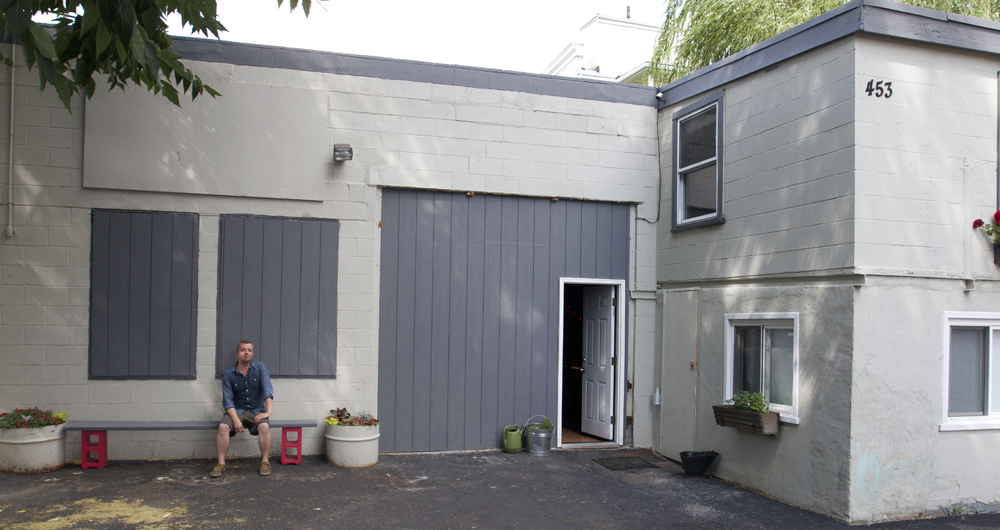 Q: How has the fest changed over the past five years?


A: It just gets bigger in scale every time. The first year we sort of thought we weren’t going to get away with it or something, because you know, there’s not a lot of things like that happening. Especially in Allston and Boston– it’s not that they’re out to get you, but they also don’t necessarily encourage things like that, whether it’s the city or the police.


We got a permit to do [the festival] and we were doing it as right as we could at the time. Then when it worked out we just thought ‘oh cool let’s keep doing it‘ and then we keep pushing it and making it bigger.


A couple of years ago we made it two stages, when it started off just one, because a lot of bands is great, but you don’t want to be there for eight hours. So the two stages you can fit [the festival] into a shorter time. It’s a more reasonable amount of time for people to enjoy it.


This year in particular, adding the film and comedy and arts thing is obviously new for us. That was sort of an extension of this building and the new part of the business trying to include that stuff.  We want to include that in the fest. We’re doing more film stuff and one of the guys working for us here is involved in the improv and comedy scene, so we thought we would just bring that stuff in. It’s coming together nicely, I think it’ll be cool. 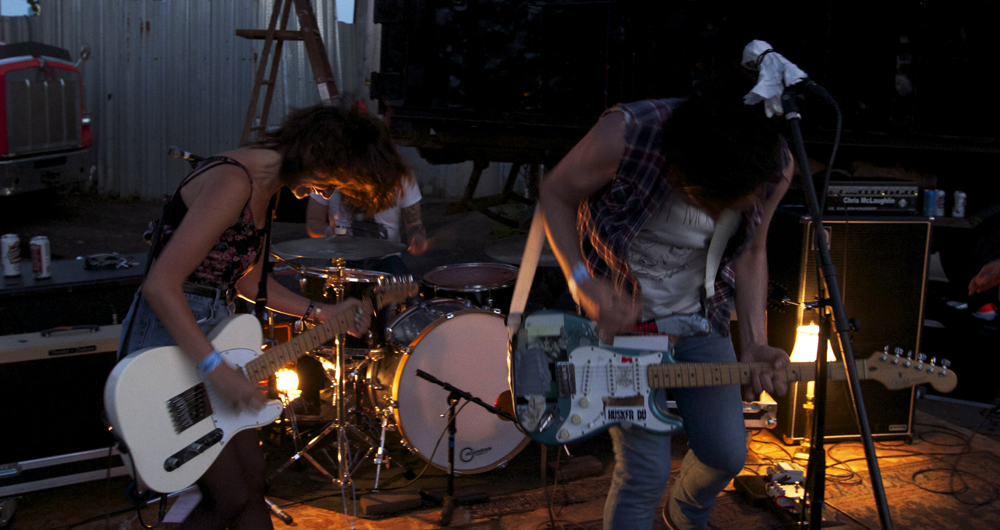 Q: What are some of the biggest challenges you’ve found putting on this festival over the years?


A: It’s really just all the organization and planning and stuff is the only hard thing. Any of the other stuff like permits, sponsors, the bands we get, is all just easy. It kind of just works out. It’s just trying to make sure everything is in place. It’s only just a couple of us running this big thing now. The only real challenge is staying on top of everything. And then of course we miss things and it’s scrambling the day before or the day of.


I really can’t stress enough how awesome the city of Somerville is. Not only letting us do it, but being supportive of it. I messed up on something last year and missed the deadline for a permit and City Hall couldn’t really do anything about it. I reached out to the mayor’s office and they just took care of it immediately. That’s pretty amazing I think. 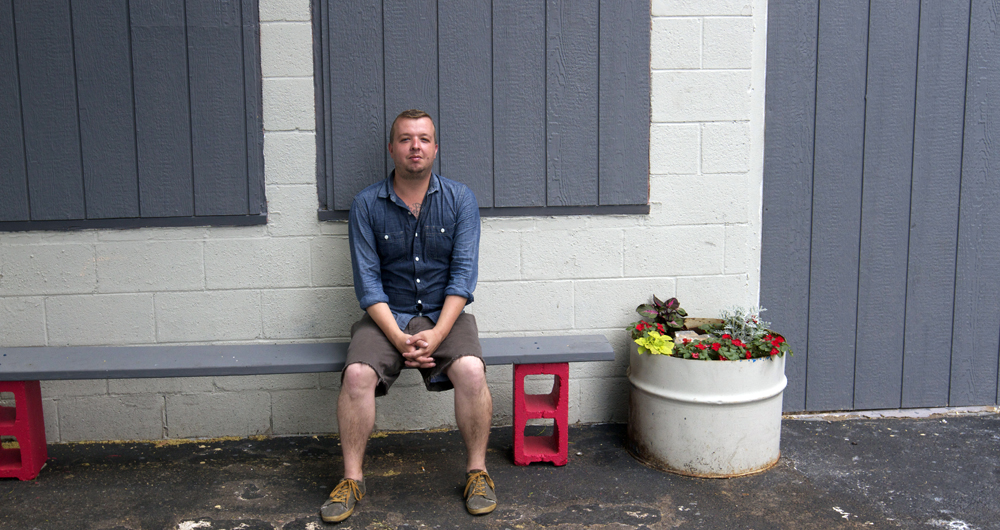 Q: Who helps you put the festival together?


A: I do most of the initial planning and logistic stuff leading up to it. Our head engineer Marc Valois, and Reid Calkin have been responsible for handling all the sound and making sure the tech side of it goes over well. Then it’s just any variation of our inner group of friends that really help make everything happen on a totally volunteer basis. Even to the point where it’s just like day of saying ‘hey can you go grab that’ or ‘can you watch the door for an hour.’ It’s me and a couple other people that do all the work leading up to it but it’s a whole group of friends. There’s a group of people who practice at Starlab and they all help out. It’s more of a very small community, but we couldn’t do without any one person. 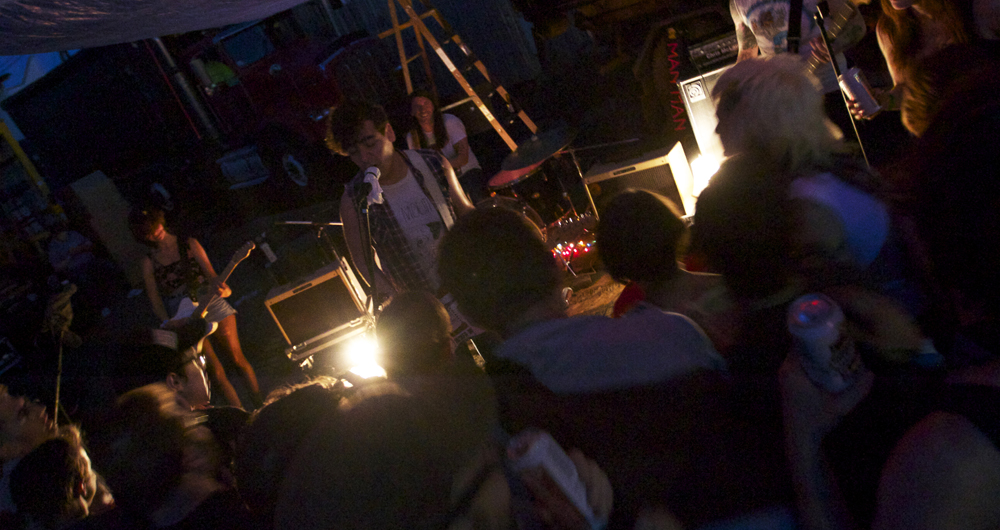 Q: Ready for the lighting round? Describe each of the bands playing in four words or less.


Beware the Dangers of a Ghost Scorpion


Dark, surfy. Actually I think I only need the two.


Steven Konrads and the Eternals