In the grand scheme of things, 2004 wasn’t that long ago. We still live our lives in basically the same way. Many of the cultural mores and conventions of that year still hold today, and we love the products of a decade ago with the same fervor as when they emerged (“Mean Girls” remains the most quoted movie ever). Still, a lot has changed — especially in the arena of fashion. No, the difference isn’t as readily available as if we were wearing waistcoats and corsets a decade ago, but the styles have inevitably changed. Take a look at how the trends have shifted from the year that Facebook was invented (yes, really).

Comfy footwear will never go out of style, but the forms it can take shift over the years. Those fluffy-on-the inside bastards were practically ubiquitous, their sheepskin styling gaining millions of fans, but it wasn’t without some sense of humor, either — the name of the brand itself made Uggs the butt of many a joke, but that didn’t change their popularity. Today’s fashionable comfy footwear has gone decidedly for the granola, with Birkenstock sandals making a huge comeback. The original slides, as well as some sleek new styles, complement fashion-forward togs without pretense… or achey feet. 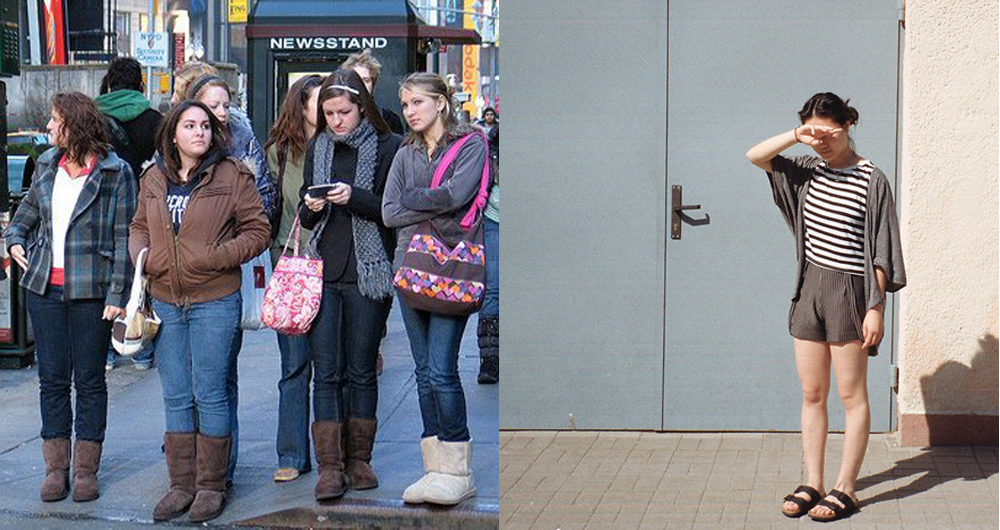 In 2004, nothing looked more movie-star or fun-loving than a splashy trucker hat. Von Dutch had that market on lock thanks to people like Ashton Kutcher and Linsday Lohan, who wore colorful versions with pride all around Hollywood. Today’s chapeau de rigeur has taken the prevailing style of days past, straightened its brim out, and given it a makeover. A great snapback has become one of the more coveted items in today’s array of accessories, generating artist-designer collaborations and variety of ever-increasing scope and creativity. The appeal of a branded item with a degree of exclusivity applies to both accessories, but the snapback is a welcome, and considerably more sophisticated, update. 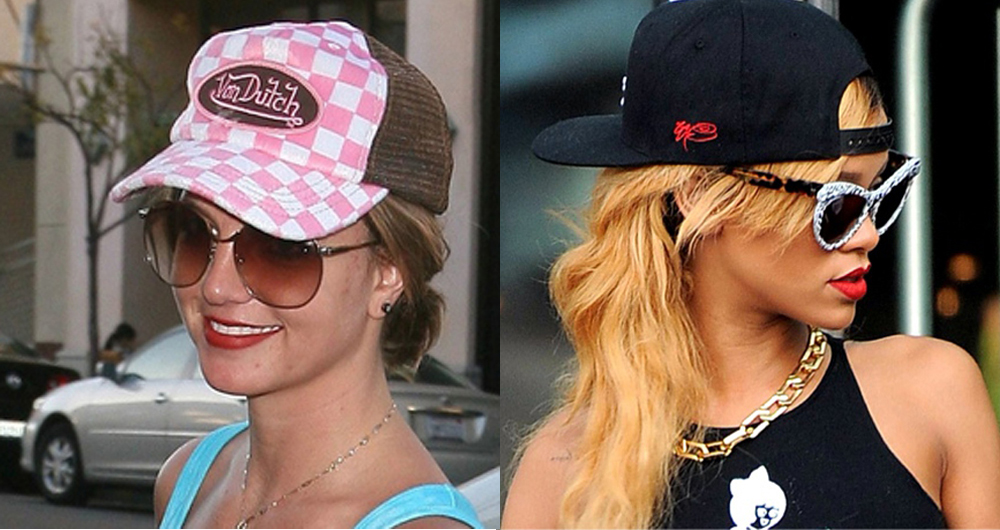 This one’s easy — the way people wear jeans has changed fundamentally in the past ten years, and though it’s made some subtle evolutions in fit, denim has gone fully skinny-leg on a basic level. Gone are the days of struggling to stuff voluminous denim swaths into winter boots, of being used to seeing butt cracks on the regular. Today’s denim is fitted through the ankle (whether the jeans are tight or not, a la boyfriend jeans) and generally higher rise, embracing a sleeker look. 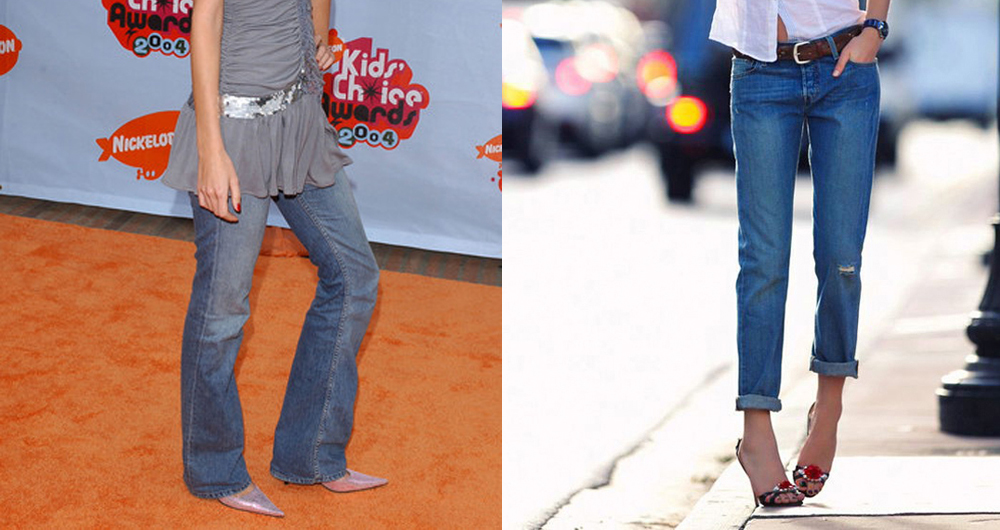 You know that miniskirt, right? It was tight at the top, with a panel wrapping around the hips from navel to hipbone, and finished off with a short, full ruffle at the bottom. Think Cady Heron in a blue-and-pink mini falling into a trash can in 2004 classic “Mean Girls” — that species of skirt was the fun, sexy go-to that every girl loved. Now, the midriff holds sway in the trendy exposure game, with crop tops selling out for ladies of every shape, size, and style. Crop tops can be unexpectedly flattering for anyone, and the shortness of the shirt allows play with proportions to create an effortlessly cool look. 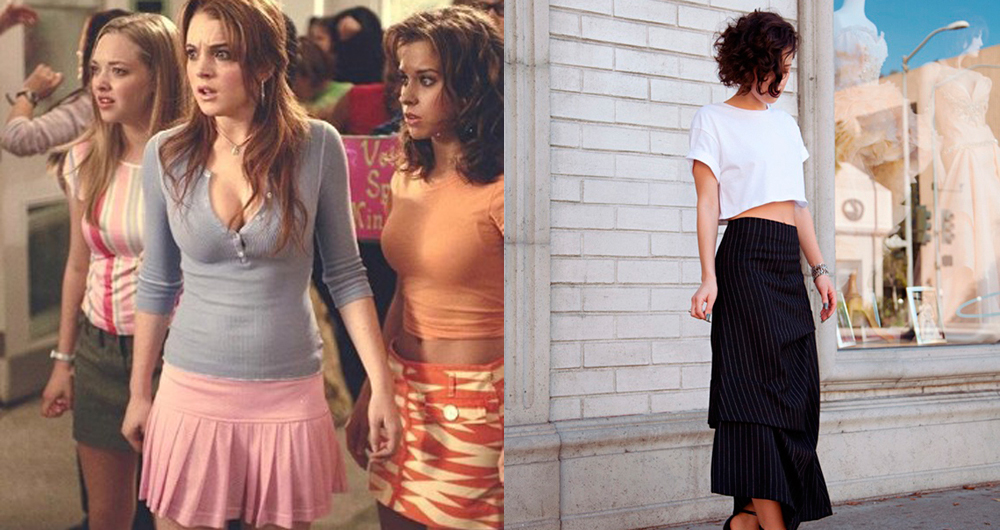 For guys as well as girls, the side bang functioned as a universally flattering look that gave every face a swoop of shiny coolness. Add in highlights and you had the unflappable recipe for a megababe, forehead not required. That abundance of hair in one spot has faded in popularity, though, with an absence of hair in other parts becoming infinitely more fashionable. The undercut, whether in the form of a subtly shorter back and sides or in a graphic swath of closely trimmed fuzz, has become an everyday sight among the stylish set, and doesn’t seem to be abating. 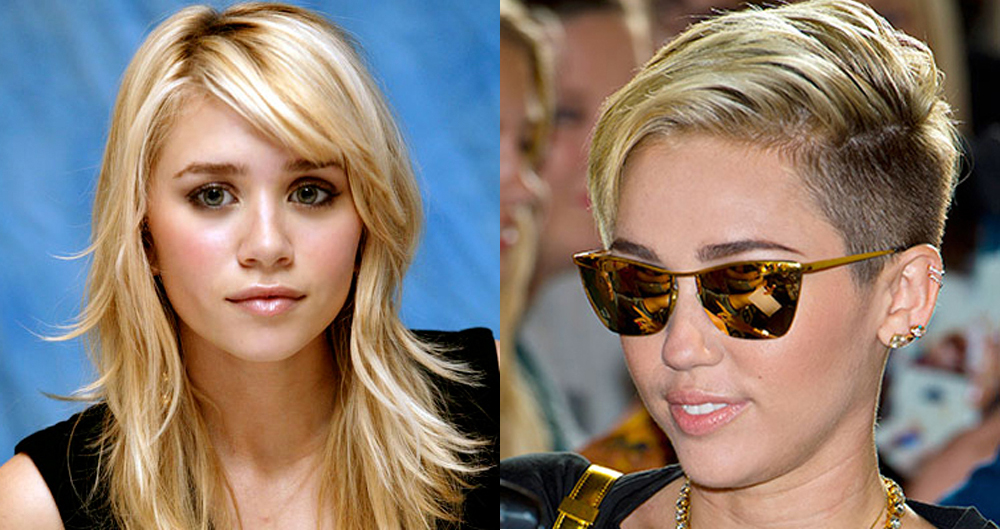