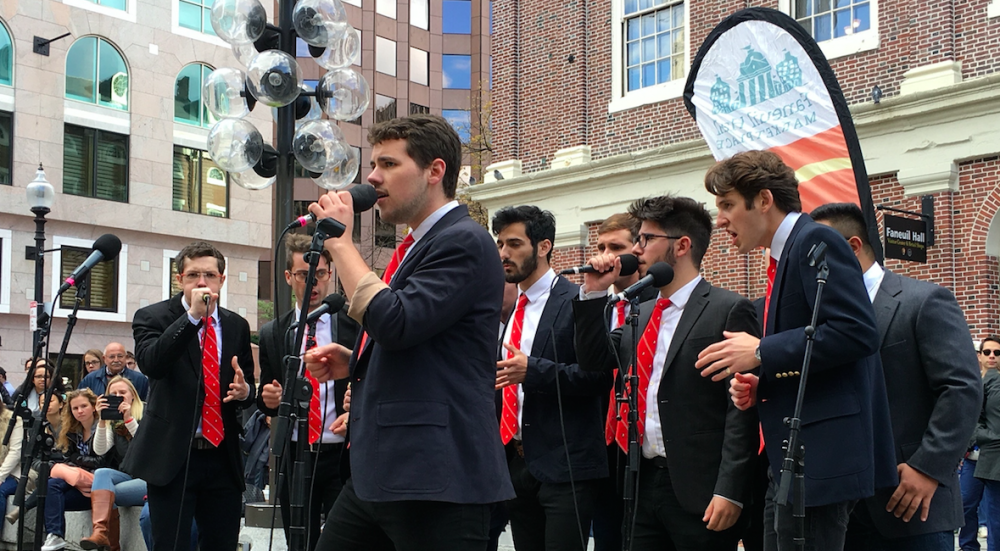 They came, they sang, they conquered.

Boston University’s The Dear Abbeys was the winning ensemble at the 19th annual Faneuil Hall Marketplace A Cappella Competition earlier this month. Ousting over 30 other a cappella groups from local universities and high schools, the Dear Abbeys won a $500 prize as well as the opportunity to perform as the opening act for Vocalosity at the Citi Shubert Theatre this February.

Plus, ya know, killer bragging rights.

Since their formation in 1992, the all-male singing group has won the International Championship of Collegiate A Cappella (in 2005), toured the country, produced eight albums, and performed with Steven Tyler, Ben Folds, and a cappella supergroup Pentatonix.

“The a capella scene is a lot friendlier than how they depict it in Pitch Perfect,” said Benji Hadar, business manager of the Dear Abbeys. “It really isn’t about competition in the end. Competing, for us, is just another way of setting a goal to further excel at what we do as group, to bring us to another level musically. We don’t want to become something different, we want to show who we are on that stage.”

Now, let The Dear Abbeys serenade you with their rendition of a Michael Jackson classic: