Everything You Need to Know About Dogspotting, in Boston and Beyond

Like dogs? Like looking at dogs both in real life and on social media, particularly those that, for either reasons of cuteness or ridiculousness, garner a certain type of reaction? Dogspotting is for you, my friend. See here:

What is it?
Dogspotting: (verb) to spot a dog; noticing a k-9 (canis canis) near you and appreciating its majestic nature via sharing photos of it on the official Dogspotting Facebook group with other dog enthusiasts. It’s all about capturing a dog in a candid, genuine manor, making it about him and who he is in that moment. 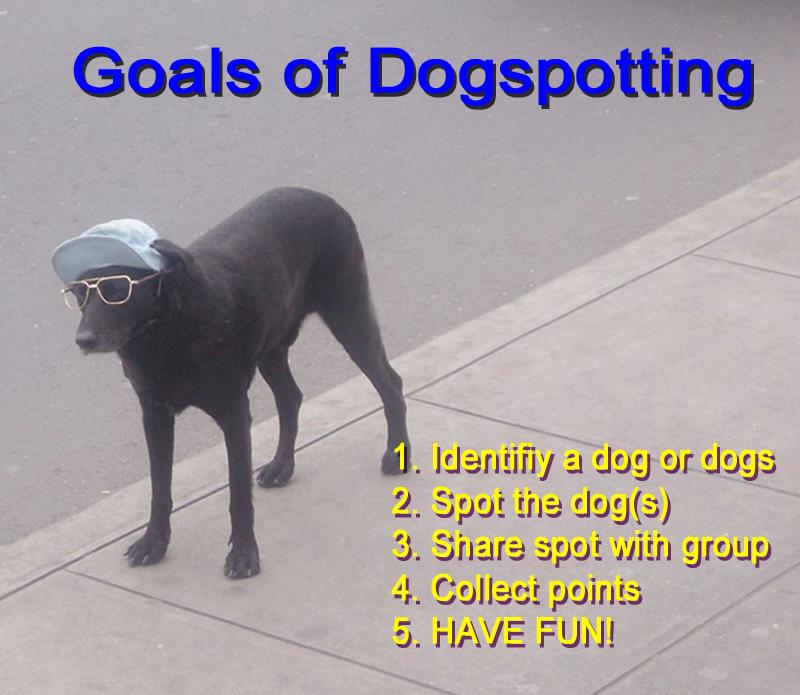 How does it work?
Every picture posted in the Dogspotting group will evaluated by other group members and awarded a total score. To make things more efficient, members should print out a copy of the point system and have it handy as they comment on the picture. This way, as everyone gets to work on judging the picture, everyone is clear on how many categories were fulfilled and how many points the photographer will be given (although I stress that the points technically belong to the dog). The standard point system is shown below. It can also be found in the “Dogspotting New Member Orientation.” The complete slideshow contains more information on how to earn yourself (and more importantly the dog featured in the photo) some wicked sweet bonus points. 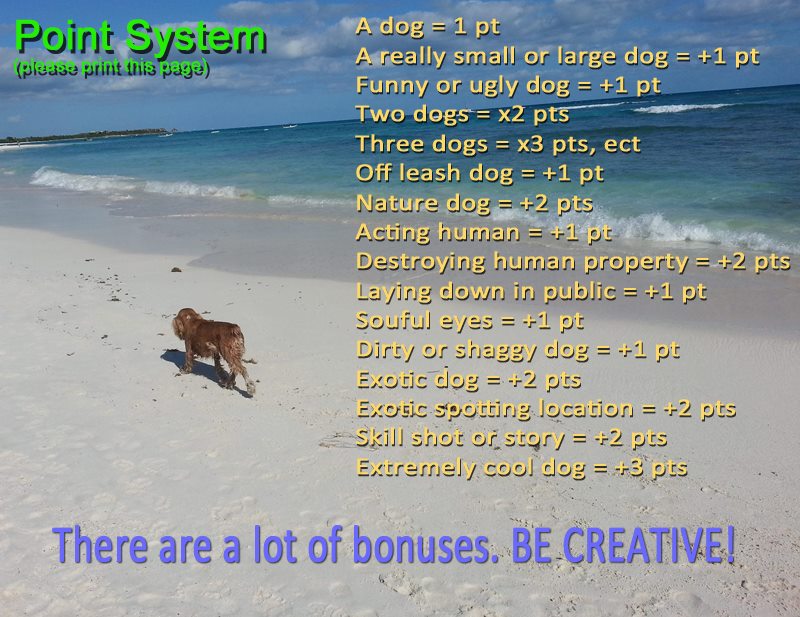 What are the rules?
The rules of Dogspotting are simple, but must be respected. As shown below on the official Rules and Regulations page, you have to trust the administrators of the site; betwixt these professionals, they have 75 years of experience. They could probably spot a dog at the aquarium, in the tank, if they wanted to. Show some respect. Also, like any other organized sport, don’t cheat. Spotting your own dog from the couch is lazy and frankly a little insulting. Dogspotting is an art form, so please don’t try to pass off three pictures of your grandma’s Bichon Frisé as actual spotting. You will get called out. Perhaps the most offensive thing you could do, however, is to plagiarize. DO NOT try to pass off a picture you find from Google Images as your own creation. It isn’t fair to the members of Dogspotting, the original photographers, or the dog. 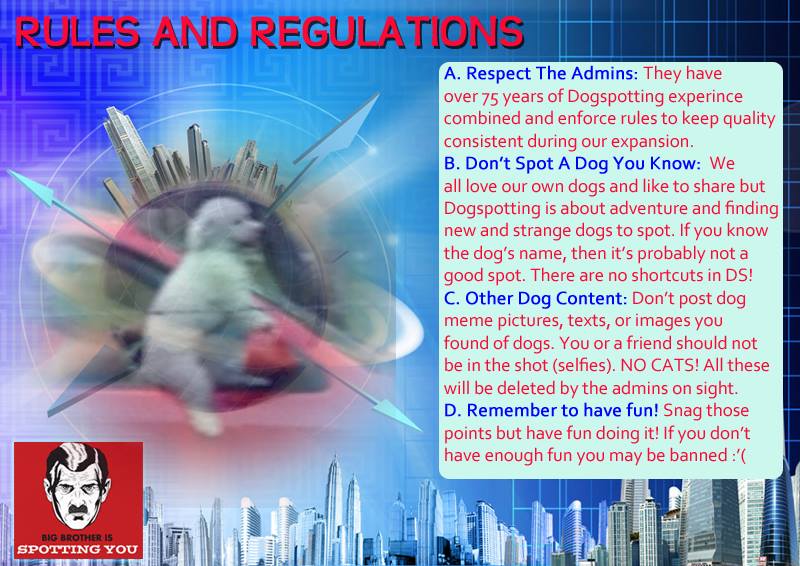 Why?
Reid Paskiewicz, one of the administrators of the Facebook group, urges people to appreciate dogs everyday through dogspotting. He explains, “Dogs have character, honesty, and earnestness. They are loyal, yet full of independent spirit.” Paskiewicz has helped develop the Facebook site, nurturing it from only 20 active members to an impressive eighteen-thousand members to date, and it’s still growing. The way he sees it, “People have no choice to spot dogs in their day to day life, and we at Dogspotting just formalized this human experience for rewards and glory.” 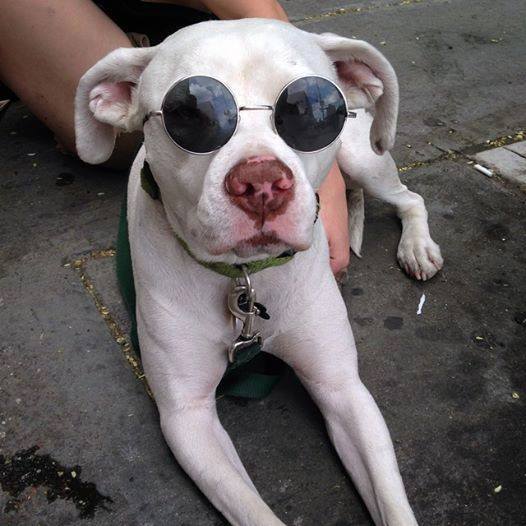 Where can I dogspot?
The answer to this one is simple: just about anywhere. But undoubtedly there are superior places to stake out some prime pooches.

I went on a little scavenger hunt and found six supreme places to dogspot in Boston.
The abundance of dogs in the Common is nothing short of magical. A single lap around the park and I crossed paths with about fifteen dogs. One of my favorite spots of the day can be seen below: a glorious dad-son-pet family unit practically posing for me on the grass.

Tip: There are almost too many options of dogs to spot in the Commons, so don’t get overwhelmed. Do not exhaust your phone’s battery or your personal battery trying to spot every dog there. You will know when you find the right dog to spot. Be patient. 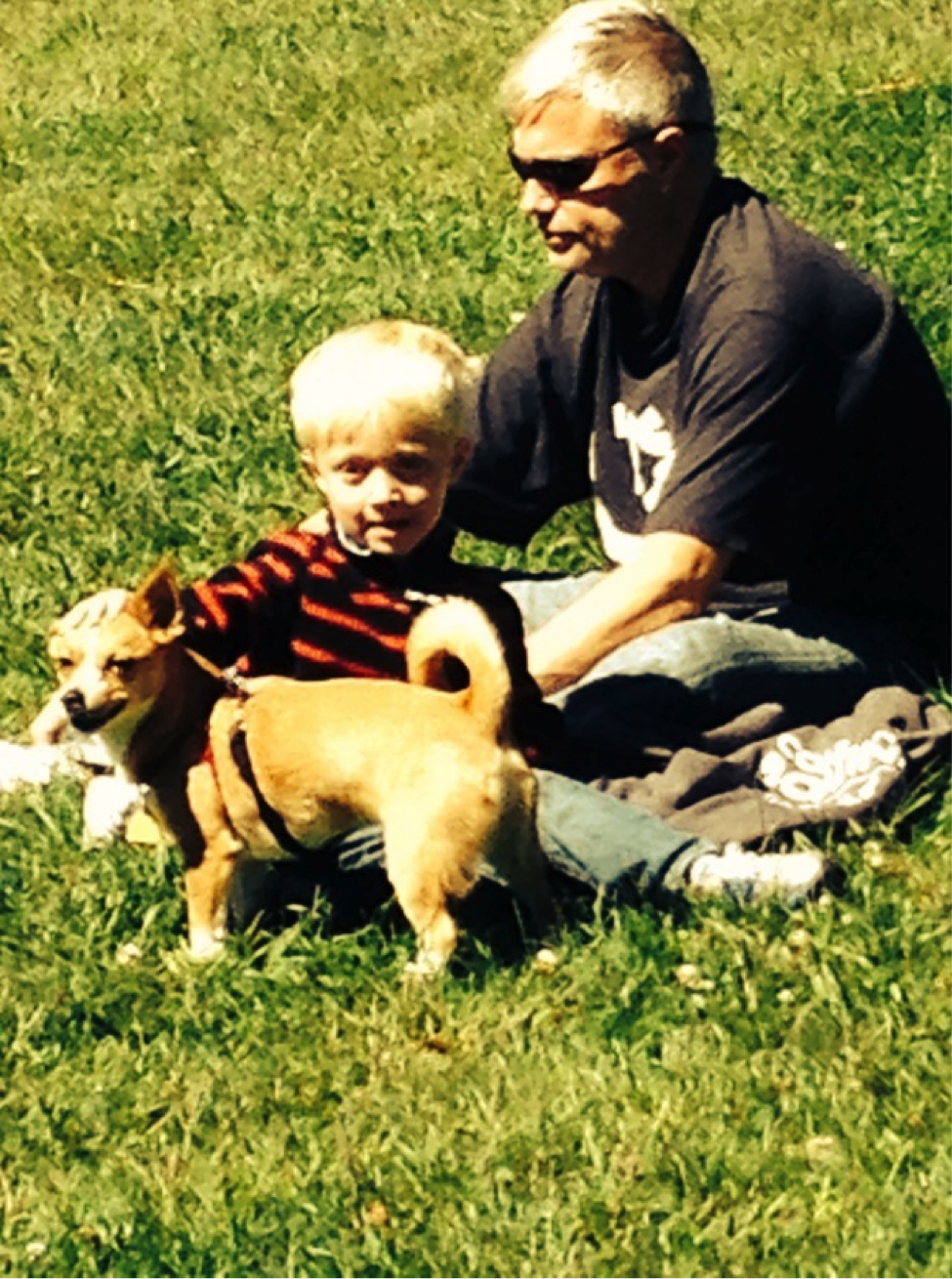 That’s right, the Bostonian mecca of pastries and pasta also has puppies. I found this guy hanging out by the most crowded restaurants and cafes, completely unphased by the hundred of people around him. The Salem Street area is one of the more consistent places to dogspot, only because you can count on exclusively seeing small breeds, and they tend to be near each other. You may hit a lull in the North End, potentially going a good five minutes without any dogs in sight. But once you reach Salem Street, you are almost guaranteed to see a dog every twenty feet or so.

Tip: Dog owners in the North End tend to be very chatty, so if you are going to be bold enough to ask to pet the dog or take its picture, expect them to tell you about their most recent visit to the vet. Have an excuse to leave at hand; this person could keep you from spotting more dogs. 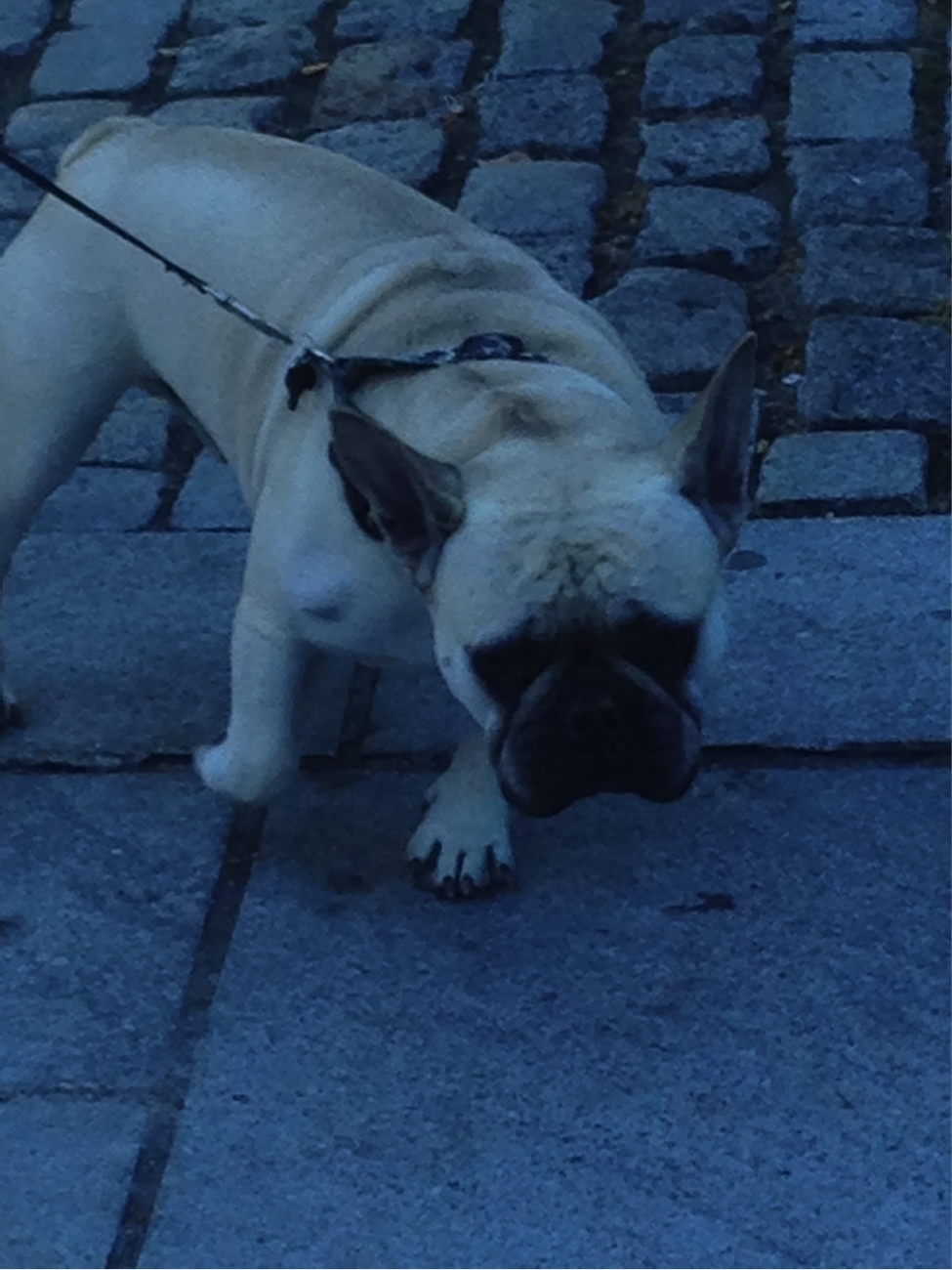 Check out this black lab gallivanting in the water. On a warm day, this park is definitely the place to be since all of the dogs want to play around in this sprinkler area.

Tip: Sit at one of the picnic tables on the north flank of the park since they are elevated from ground level, giving Dogspotters an optimal view of all dogs cooling off in the water. 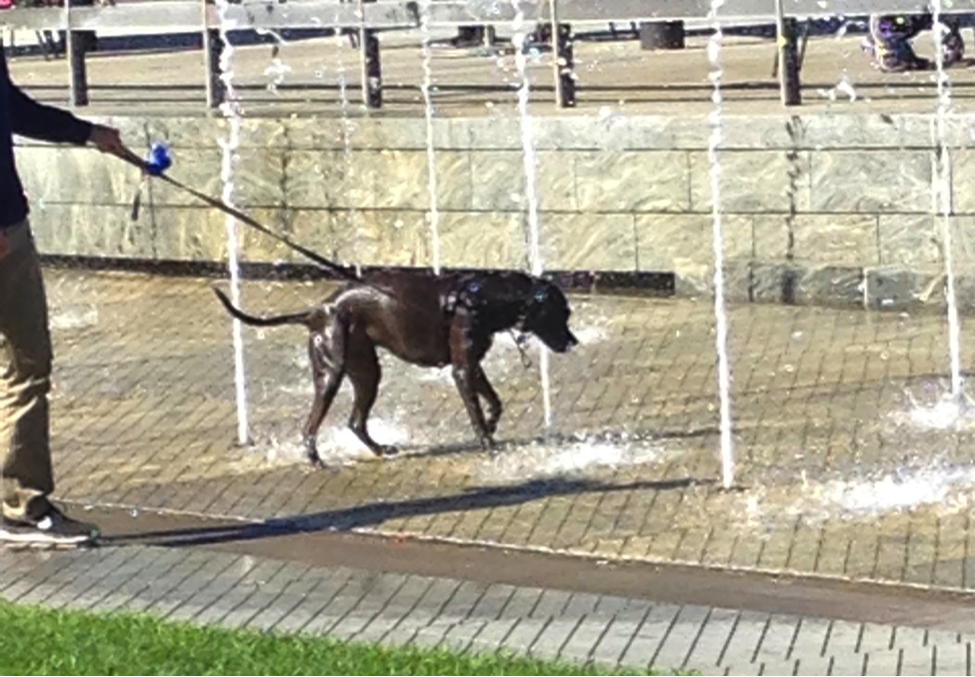 Comm Ave is great place to dog spot because whether you are on the move, strolling down the sidewalk, or taking a rest on a bench, you have equal opportunity to run into some pups. I found the little guy held by his owner, merely by taking a five minute break on Boston University’s lawn, right outside of its College of Communication; he was one of three dogs I spotted from that same bench. Heading west down Comm Ave, I was graced by the presence of at least half a dozen dogs, all out for a power walk with their owners.

Tip: Dogspotting on Comm Ave probably means that the dogs’ owners want to show them off around campus. The dogs will look their best, but their owners want them to be seen by as many people as possible; they will not stay in the same place for long like dogs in parks. You need to snap a picture quickly, without hesitation– don’t worry about angles or lighting. 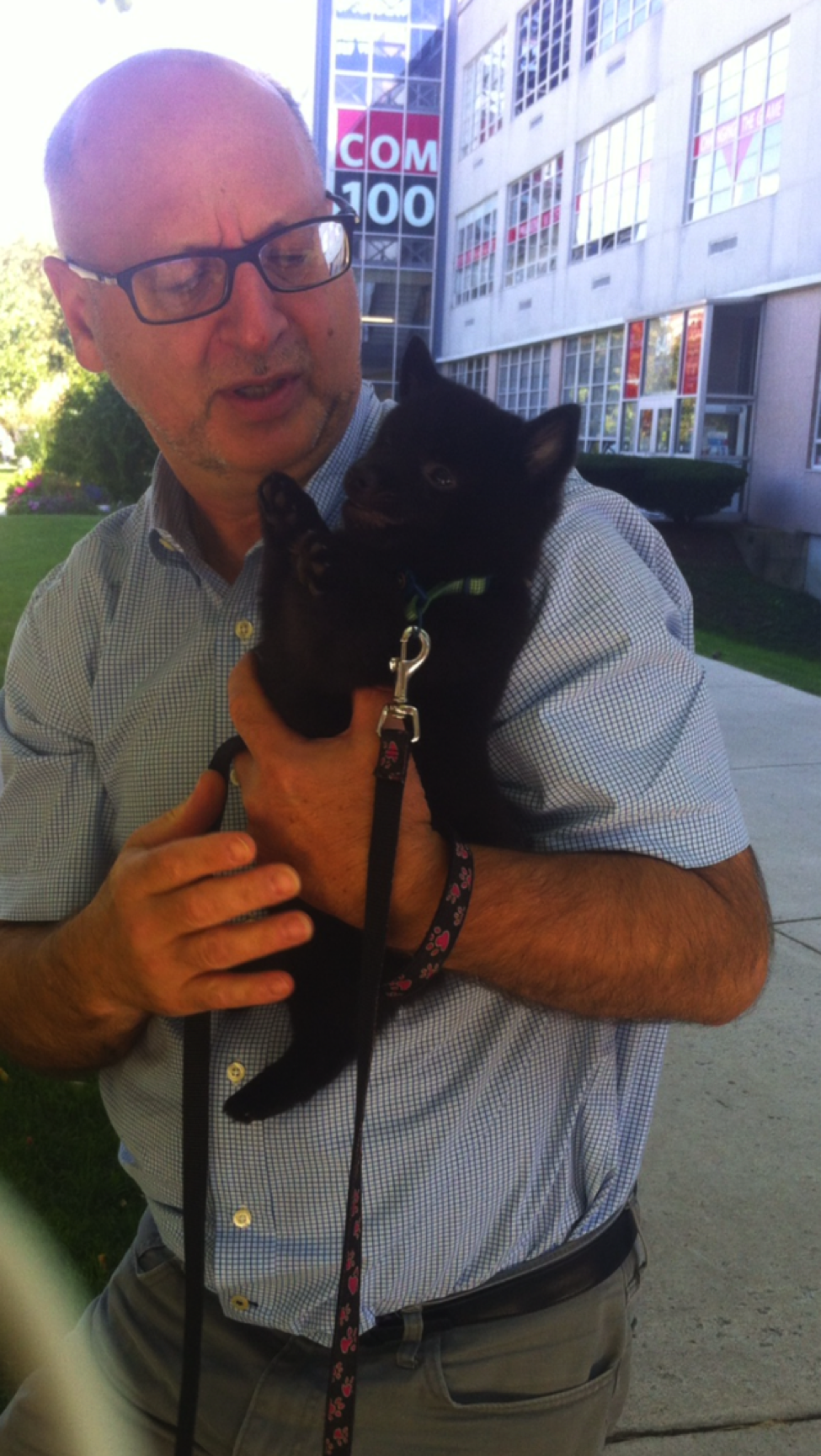 The folks in the theater district are so classy that even their dogs have style. I spotted this handsome Rhodesian Ridgeback on Chauncy street. While the selection of upper class k-9s was abundant in this area, I did find that people walked their dogs very close to their bodies, making it harder to snap a good shot.

Tip: Pretend to be interested in historical landmarks. Angle your camera and/or phone up high towards something like the Opera House, then when you bring the phone back down “to evaulate the picture,” move swiftly and take the dog’s picture. It helps if you have a friend with you so you can stage some dialogue about whatever statue you pretended to care about. 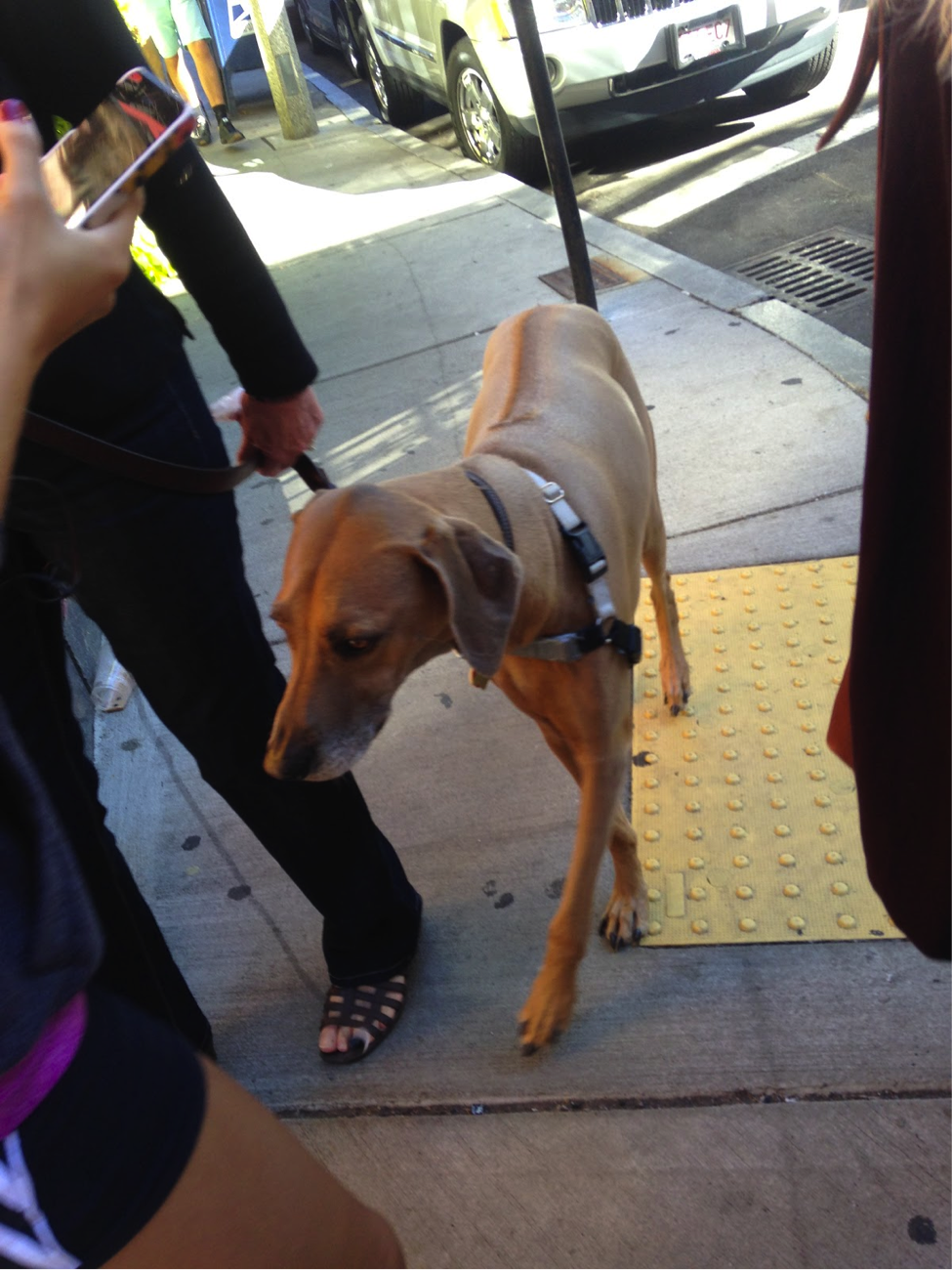 This park is an underrated gem: perfect for dog watching. First of all, it’s far enough removed from heavy traffic, without being cut off from sidewalk paths. Both of these qualities are imperative because the lack of cars zipping by means that dogs could be let off the leash here (AKA bonus points) but pedestrians and their still have easy access to the park. This boss of an animal below takes the cake for “chillest dog of the day.” The owner had the leash of this hundred-pound beast casually resting, as in the dog was not anchored down in any way, next to him on the bench; the dog chose to just chill out in the shade. There is a nice variety of dogs to be found in this park.

Tip: Take your time in this park. None of the several dogs I spotted here left while I scoped the place out. People come here to enjoy the scenery for hours, so don’t rush yourself. This is your chance to try to make an artsy spot. 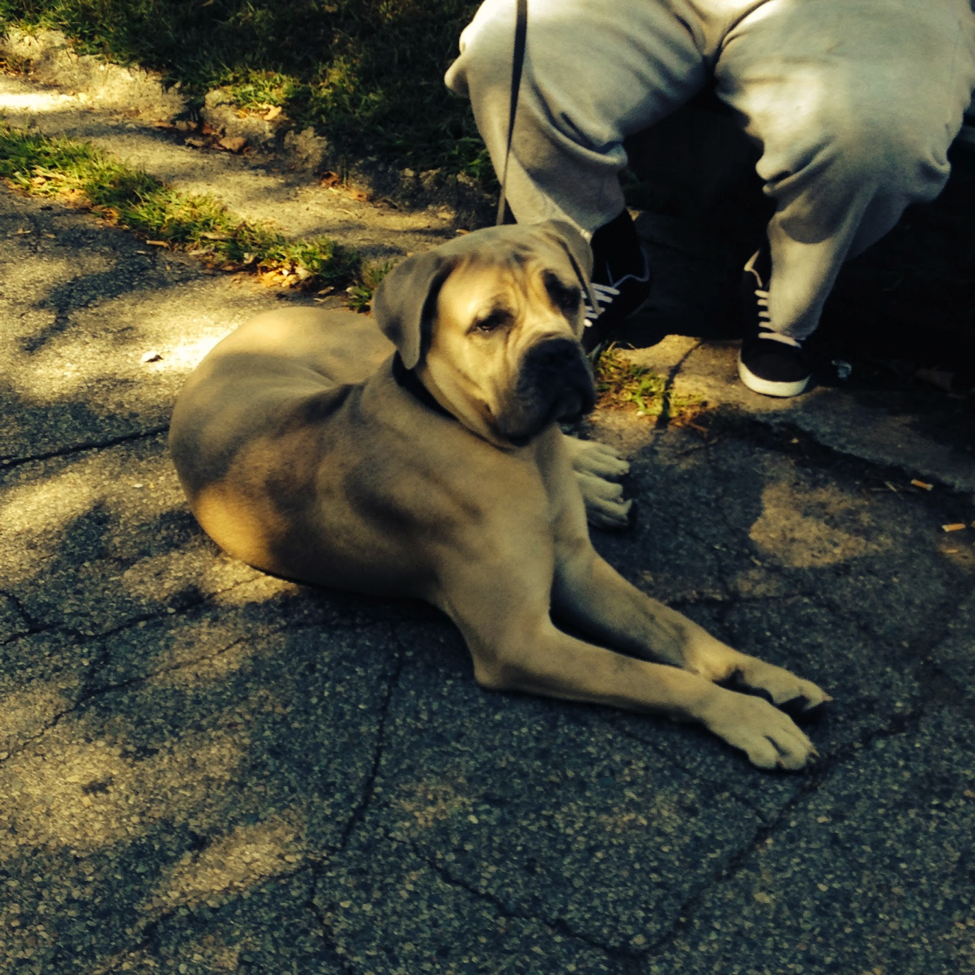 And just as a friendly reminder: NO CATS!