‘Every little thing is gonna be all right’ for the Red Sox, and here’s why 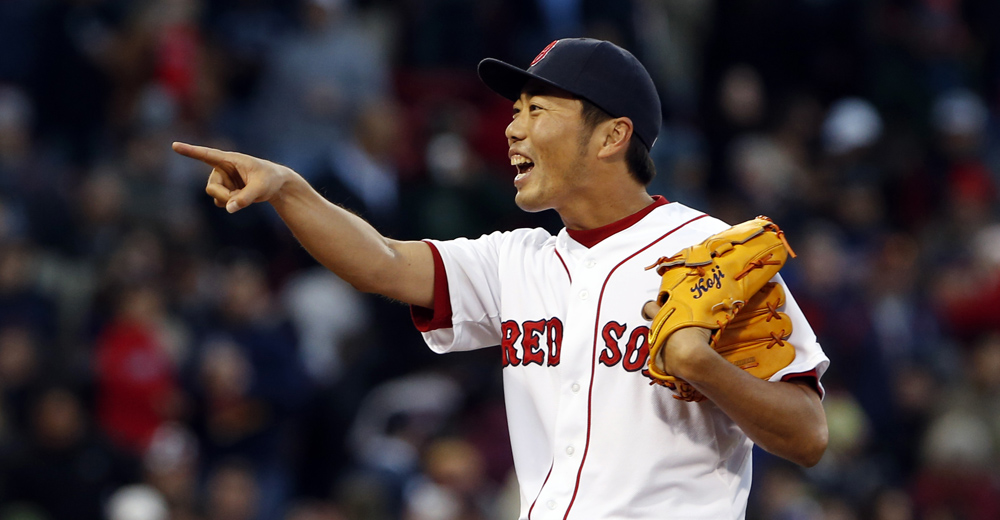 Two weeks in for the Red Sox and to say it’s not been a terribly pleasant fortnight would be a bit of an understatement, no? The Sox sit uncomfortably in the American League East basement through their first 13 games at 5-8 and naturally, because this is Boston and because nuance and perspective are concepts which many find difficult to grasp, worry and even a bit of panic have begun to creep into the collective discussion.

While it’s true that the Sox are off to a lousy start and are mired in a team-wide malaise offensively, these sorts of unseemly stretches happen to every team, even the best ones, every season, sometimes more than once. The swamp the Sox find themselves in now likely wouldn’t look and feel so deep if today were, say, July 15, as opposed to April 15, and hadn’t kicked off the year.

So, we’ll let others put this minuscule sample size (less than 10 percent of the season) under a microscope and use this opportunity to look at the bright side of things. Doesn’t anyone remember the key lyrics from injured right fielder Shane Victorino’s walkup tune, Bob Marley’s “Three Little Birds?” “Every little thing is gonna be all right.” Here are some reasons why.

During the Sox recent lost weekend in the Bronx, two pieces of potentially catastrophic news broke. First, all-galaxy closer Koji Uehara reported stiffness in his shoulder on Friday night, the same shoulder that caused him to miss 66 games while with the Texas Rangers in 2012. Then, on Sunday, second baseman Dustin Pedroia, arguably the teams most indispensable player (it’s him or David Ortiz, take your pick), pulled himself out of the lineup thanks to a sore left wrist, courtesy of a takeout slide by Milwaukee’s Carlos Gomez during the home opener.

Pedroia couldn’t care less about injuries, as his 160 regular season and 16 playoff games played with a torn thumb ligament last year will attest, which is why the news that he sat himself down sounded so many alarms. He can’t miss any significant time if the Sox want to even approach last season’s results. And Uehara, while not nearly as valuable as Pedroia, was only the best closer in all of baseball from July 1, on in 2013 and even though the Sox were proactive in building up depth in the bullpen during the off-season, none of his potential replacements breed much confidence.

But yesterday, we discovered that a) Uehara emerged from his precautionary Sunday throwing session feeling encouraged and sure enough, will avoid the disabled list and be with the team tonight as it starts a three-game set against the White Sox in Chicago, and b) all tests on Pedroia’s wrist came back negative, there’s nothing wrong beyond some garden variety inflammation and he too will be in Chicago for tonight’s game.

While both are being considered day-to-day, these reports, along with the word that Victorino, on the DL since the tail end of spring training with a hamstring pull, is expected to begin a rehab assignment at Double-A Portland tonight and could be activated as soon as Friday, put an entirely new and positive spin on the Sox injury outlook. Victorino will likely deal with his share of bumps and bruises throughout the season. But the Sox need his spark at the top of the lineup in a major way, and his impending return, along with Pedroia and Uehara’s clean bills of health, should be enough to allow fans to breathe a hearty sigh of relief.

While we have yet to see this particular group of Red Sox deal with much adversity on the field, it stands to reason that the collective makeup of the players on the roster will prove to be an important element in navigating the current circumstances. I heard one of the loudest of this city’s ‘Loud Voices’ derisively bring up the team’s character while gleefully discussing their rocky start yesterday, which didn’t make much sense considering how important that quality was to their winning a title last year.

This is a tight-knit bunch, as anyone who even sort of paid attention last season knows. Folks are saying all the right things, while at the same time, truthfully acknowledging the pitfalls that have already befallen the team. And upon examining last year’s run to the title, there were never really any notable examples of the Sox getting too high or too low about anything, whether it was an injury, a slump, or a winning streak. The temperament of this team as a whole doesn’t feel like it’s going to change just because of a 5-8, light-hitting start.

And while we’re here, don’t underestimate the importance of manager John Farrell to this topic. He may have flown off the handle in response to the multiple instant replay fiascos this past weekend in New York, but Farrell, like Terry Francona so expertly did from 2004 until September of 2011, always remains on an even keel and has proven himself to be just as deft at handling, understanding, and managing the various personalities in the clubhouse. It’s indeed possible that the fabric of this team could come unwoven should it not shake these early season doldrums. But I tend to doubt it.

Let’s mention it again. Every team, no matter how good it is, goes through slumps like the one the Sox are going through now. It happens every year, even to last season’s World Champs (from May 3 through May 14, 2013, the Sox went 2-9, scoring more than four runs twice in those 11 games. Also, from June 11 through June 23, 2013, they went 5-8, which sounds familiar, doesn’t it?). I’ve intentionally erased the local reaction to those two slumps from my memory banks in the interest of maintaining my sanity, but the bottom line is that the spotlight on both burned less intensely because they both happened in the middle of what is a very, very long season. The fact that the Sox came out of the gate this slowly makes a big difference in terms of perception.

It’s entirely possible that the Sox won’t bounce back from this these lousy first two weeks, but it’s far more likely that everything will even out. The Sox are probably not going to hit .204 with runners in scoring position all year. Pedroia will wind up knocking in more than a half a run per week, his current pace, and his OPS will rise well above its current .527. Daniel Nava, who hit .303 with an OPS+ of 127 last year, may not be that productive again but he’s not going to hit .140 with an OPS+ of 31 (!!!) all season. And something tells me Ortiz, who has driven in at least one run in just two of his last 10 games, probably will pick it up a little as well.

The Sox are going to play almost every day for the next five and a half months. They will have a few winning streaks and they will have a few losing streaks. They will probably go 5-8 over some other random, 13-game stretch at some point during the summer. Important, middle-of-the-order bats will suffer through prolonged periods of limited production, with Mike Napoli’s middle three months of 2013 a perfect example. That’s baseball.

And it’s also why every little thing is gonna be all right.

The Black and Gold continue their run tonight at TD Garden. END_OF_DOCUMENT_TOKEN_TO_BE_REPLACED

Who will make the Class of 2018? END_OF_DOCUMENT_TOKEN_TO_BE_REPLACED

It’s been awhile since we talked Black and Gold. END_OF_DOCUMENT_TOKEN_TO_BE_REPLACED

You’re going to wish you were in the Northern Alps. END_OF_DOCUMENT_TOKEN_TO_BE_REPLACED

END_OF_DOCUMENT_TOKEN_TO_BE_REPLACED

Bill might be “on to Tennessee,” but we’re not. END_OF_DOCUMENT_TOKEN_TO_BE_REPLACED