Evan Turner on Boos from Sixers Fans: ‘Jesus Was Hated Too’ 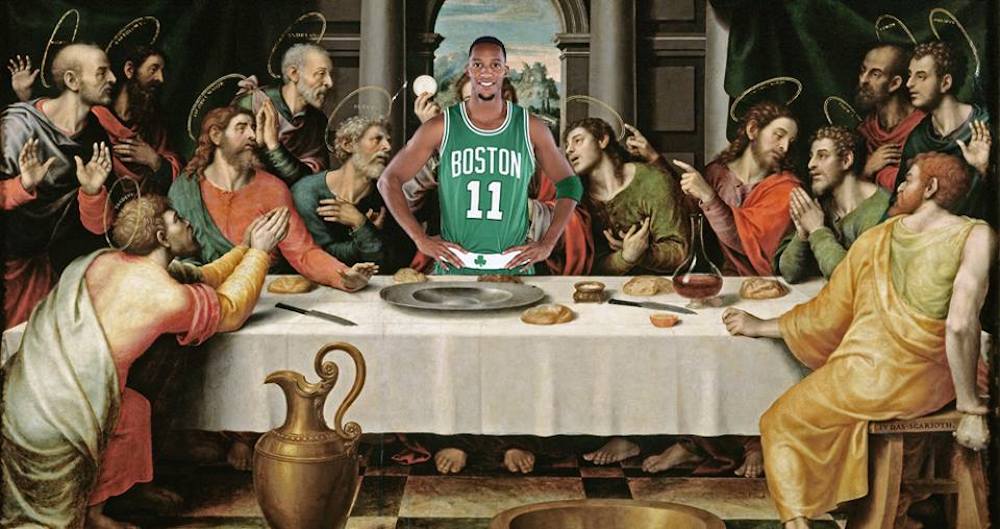 Last night, Celtics offseason acquisition and most annoying Celtics player ever Evan Turner put up 12 points, 6 assists, 5 rebounds and 3 steals against the team that drafted him in #2 overall in 2010, the Philadelphia 76ers, eliciting boos from the Philly crowd whenever he touched the ball. Luckily Turner can put the hate in perspective — by comparing himself to Jesus.

CSN New England’s A. Sherrod Blakely has more on Turner’s earnest self-comparison to the Messiah:

There’s no way he can ignore his detractors in the stands who choose to boo him even though his departure was not of his doing.

“I don’t worry about it anymore. I don’t want to sound super weird, but Jesus was hated too. At the end of the day, I just worry about the stuff that’s important. If it makes you happy to boo me, go ahead. I’m still happy. I put all that stuff behind me.”

It was probably haters that gave you crap for this meaningless dunk against the Lakers too, right Ev?

Enter to win a pair of tickets to attend The Hess Collection Seminar and Dinner as part of Boston Wine Festival 2018 at the Boston Harbor Hotel on Wednesday, March 14th. END_OF_DOCUMENT_TOKEN_TO_BE_REPLACED

Winding down 2017 in sports. END_OF_DOCUMENT_TOKEN_TO_BE_REPLACED

Chad Finn has some thoughts. END_OF_DOCUMENT_TOKEN_TO_BE_REPLACED

Feel the heat yet? Neither do we. END_OF_DOCUMENT_TOKEN_TO_BE_REPLACED