“Don’t Try to Be Perfect. Just Do the Best You Can.”

“The poster? That’s the answer. There it is,” Ethel Weiss says. At 100 years old, Weiss remains the sole owner of Irving’s Toy and Card Shop in Brookline. She continues to run the petite store almost every day about 76 years after she and her husband Irving Kravetz founded it. 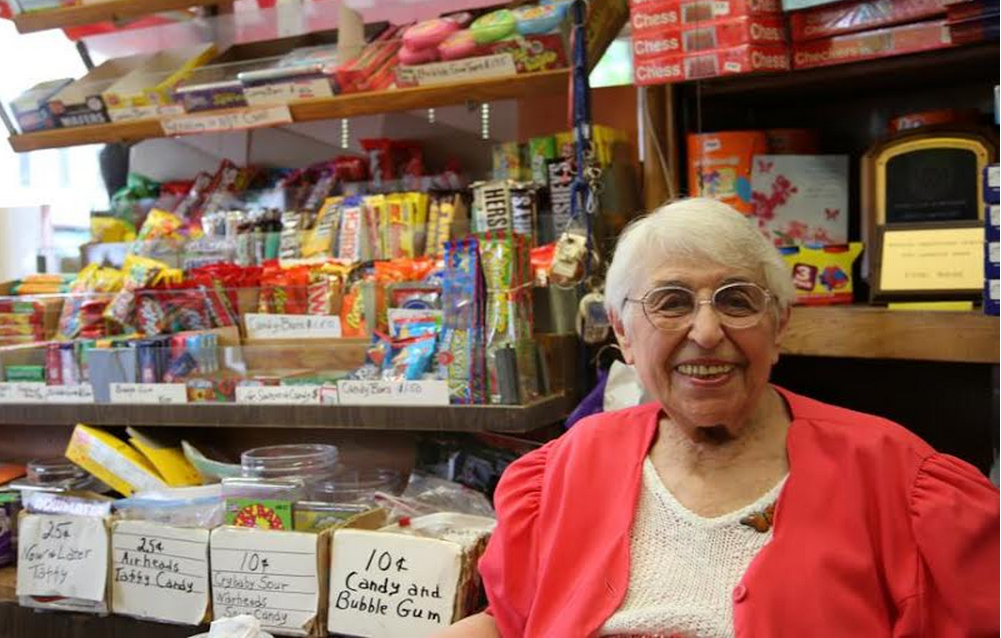 So how has she done it all these years?

Look to the poster.

The poster, titled “Thoughts for a Happier Life,” is Weiss’s century of lessons learned boiled down into listicle form. She wrote it in 1994 after a friend asked her how she looked so young for how old she was.

Now 21 years later, the posters hang in the front window of the store, printed in elegant cursive like a college diploma. Weiss says she has no interest in writing a memoir or autobiography. She has the poster.

For six dollars a pop, you can take home a poster (only sold in stores) with her tips, a personal message, Weiss’s signature, and the date. She also adds one more important detail in her message: “Brookline.”

It’s only natural she includes the Boston suburb on her message. She’s been described as “Brookline’s guardian angel.”

Ethel and her husband Irving Kravetz opened the store off Harvard St. back in January 1939 as a small grocery, selling milk, loaves of bread, and ice cream. They soon expanded further into the backyard, and then purchased the building next door to live in.

Irving’s Toy and Card Shop became an anchor of the Brookline community, particularly for the students from the nearby Edward Devotion School. They would flock to the shop before and after school, purchasing penny candies and cards and knick-knacks and whatsits with their small allowances.

“I think every child who went to Devotion had an impression there,” says John Dempsey, the school’s former principal. “Every neighborhood should have something like this.”

Ethel was there to teach them arithmetic, guide their purchases, and teach them how to behave in public settings. Like an unpaid babysitter, parents entrusted their children to Ethel after class. 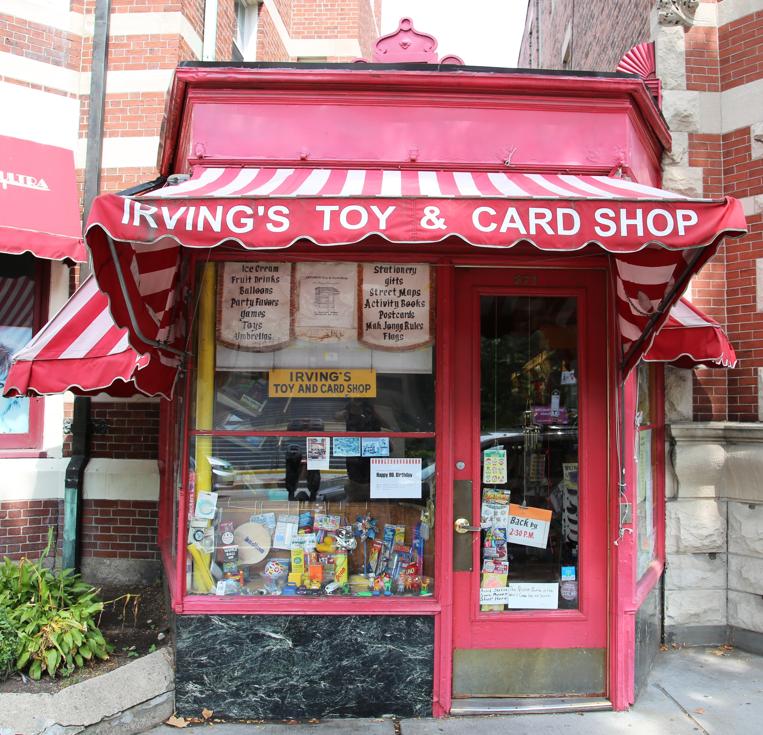 “She was able to reinforce those things that parents tried to teach the kids,” said Jerry Kaplan, another retired Devotion principal. “Not just for providing candy or toys, she was there. That was the important thing.”

The shop was a mom-and-pop store in the truest sense. And then a grandmom-and-grandpop store, and it’s now a great-grandmom store.

Sure, prices have gone up a bit—penny candy now cost a dime—and the shop no longer sells candy cigarettes. But overall, very little has changed in all these years. The store and its red-and-white striped awning are a peculiar novelty in this day and age.

“The store hasn’t changed much, but the rest of the world has,” Anita Jamieson, Ethel’s daughter, says.

“It’s almost out of another time in history,” Dempsey says.

More than seven decades after opening, older graduates of Devotion come back to Ethel’s every now and then, throwing themselves into the memories of their old lives. They mix with the children that still go for some shopping after a day of Devotion School classes.

“Because of my mother’s longevity, she has become a legend,” Jamieson says. “There is a continuity that the store provides among the many generations who have lived in the area. People come back with their children and grandchildren.”

“She was there before I came and was there after I left,” Kaplan says. “That’s called continuity.”

She appreciates the old friends visiting, but even now, Ethel says it’s the memories of “cute little kids” she values the most.

“I try to teach the children to be nice, to behave, and they learn their arithmetic here,” she says. “More than they do in school.”

Ethel’s 100th birthday celebration last summer was a big event in the neighborhood, featuring faces old and new from throughout her life. They sang songs and lauded her success and persistence. She even received a congratulatory letter from President Obama.

Afterward, things went right back to normal. Ethel was back up and running the shop.

Her work has been noticed far and wide. She keeps a yellow folder of her press clippings, stuffed full of articles ranging from The Boston Globe to the Los Angeles Times and everything in between. For her, that attention is just dandy.

“I don’t want to do anything except sit here and brag about myself,” she said.