These Powerful Cards Tell an Honest Story About Cancer

Emily McDowell is an artist and cancer survivor. After overcoming Hodgkin’s lymphoma in her early twenties, the illustrator sought to help those currently suffering from serious illnesses using her art. Enter “Empathy Cards.” 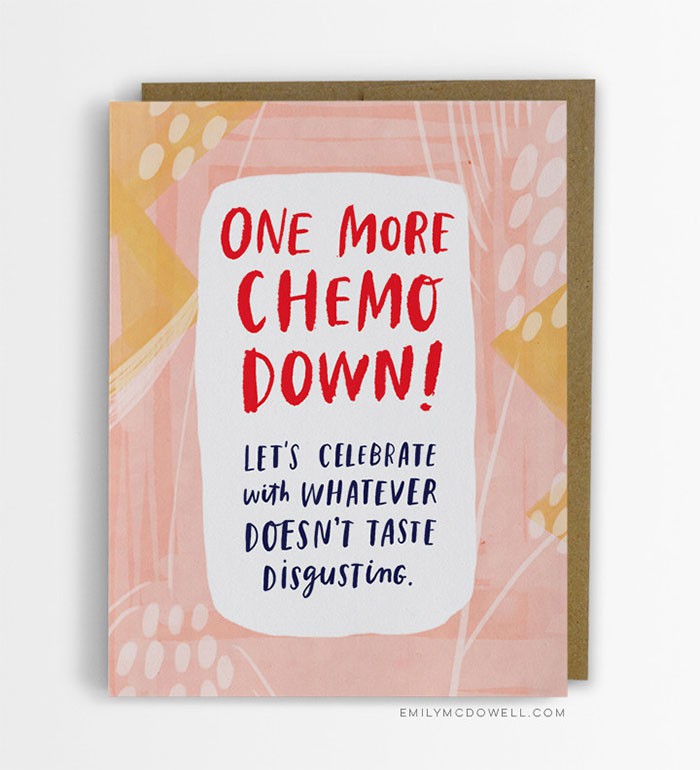 “The most difficult part of my illness wasn’t losing my hair, or being erroneously called ‘sir’ by Starbucks baristas, or sickness from chemo,” McDowell said on her website. “It was the loneliness and isolation I felt when many of my close friends and family members disappeared because they didn’t know what to say, or said the absolute wrong thing without realizing it.” 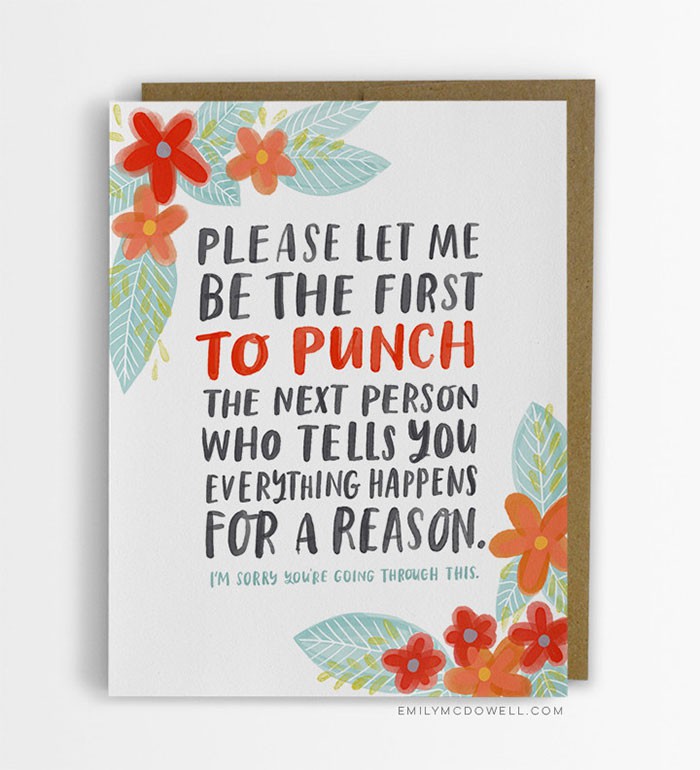 Empathy Cards attempt to bridge the gap between those suffering from a serious illness, and friends and loved ones who might not know how to communicate. 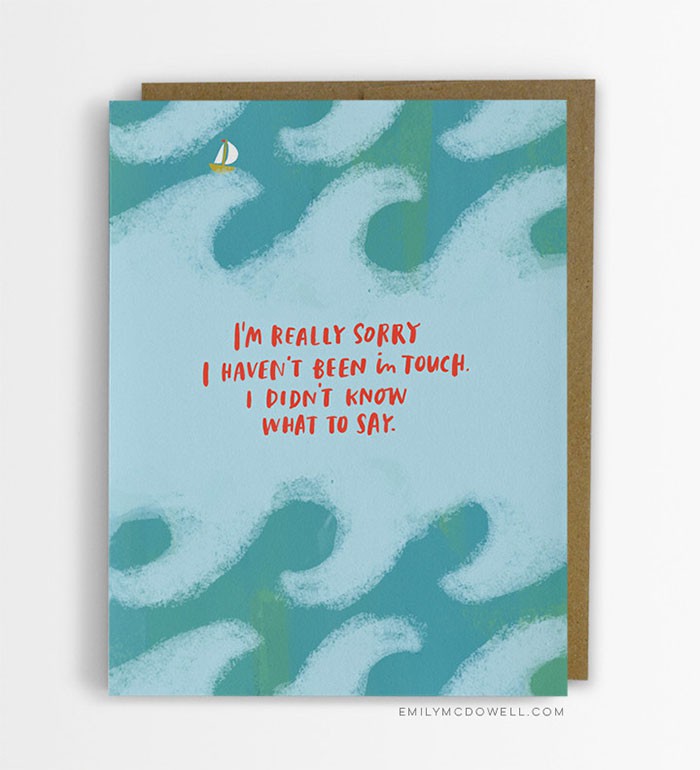 “I created these empathy cards for serious illness because we need some better, more authentic ways to communicate about sickness and suffering,” McDowell said. 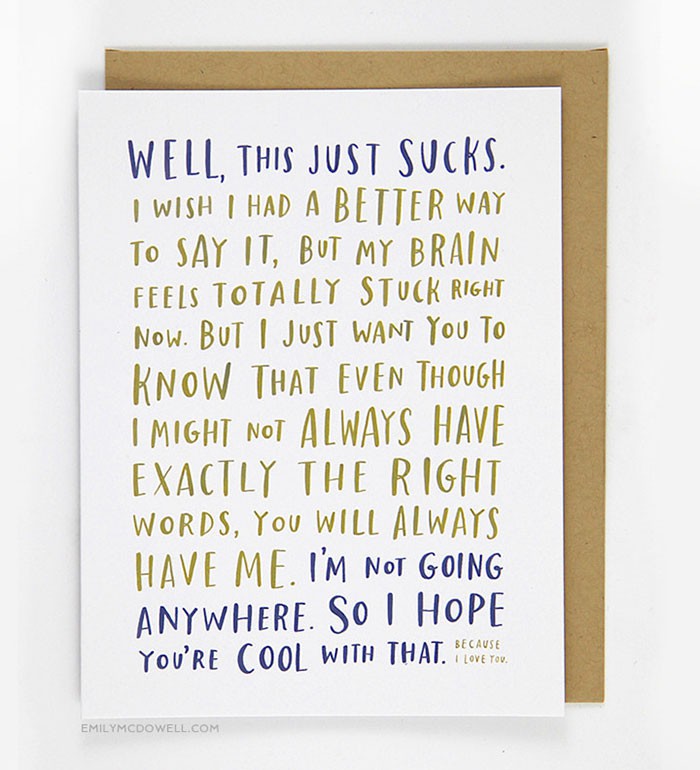 “A ‘f**k cancer’ card is a nice sentiment, but when I had cancer, it never really made me feel better.”

Instead of resorting to quippy one-liners like many sympathy cards do, McDowell’s work expresses a genuine sentiment each and every time, including the admission that a loved one may not always know what to say. 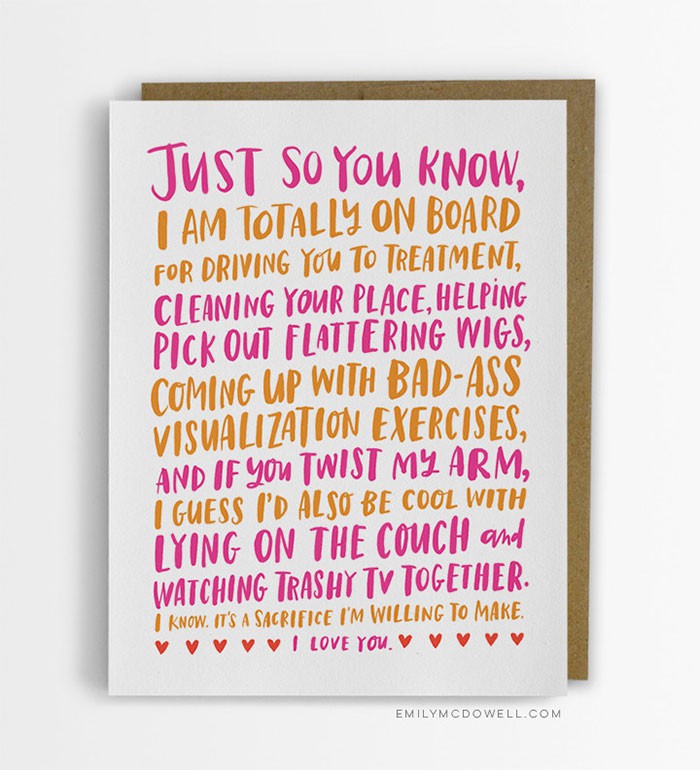 “As a result of my own experiences, I’ve wanted to create this collection for a long time,” she explained.

“After 9 months of chemo, I went into remission and have been incredibly fortunate to be cancer-free since,” McDowell says of her own experience. Since going into remission, it’s been her mission to bring comfort and compassion to those suffering and their loved ones. 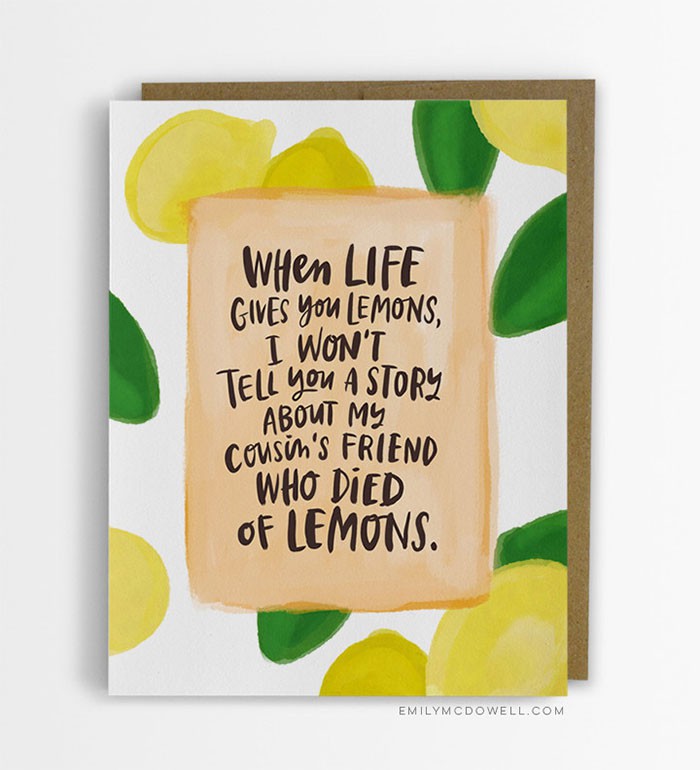