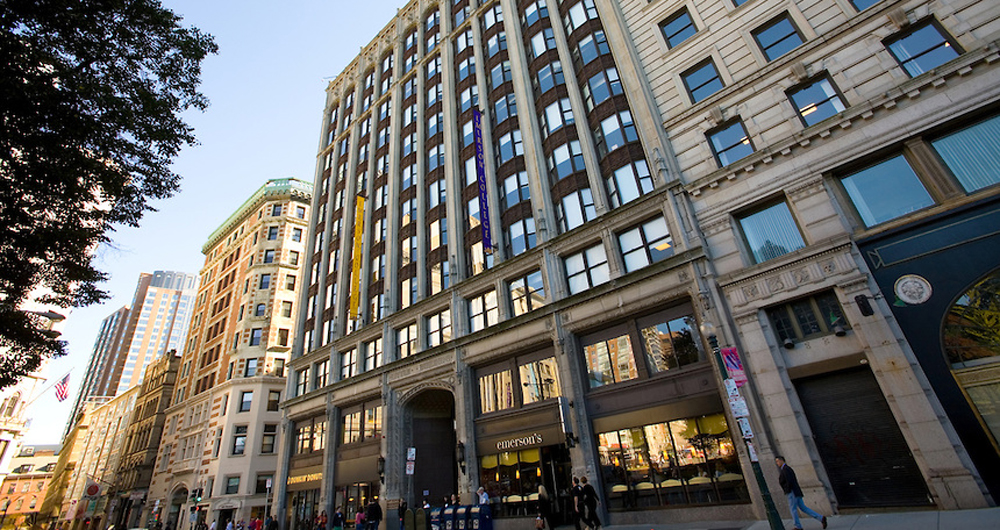 I was walking down a flight of stairs when he struck me. Inside a low-lit downtown bar, a man coming from behind slapped my backside, so hard it stung. Stunned and speechless, I bolted to the nearby ladies room to hide in a stall.

As I nervously returned to the bar, where I sought comfort from my girlfriends, I felt a light tap on my shoulder.

A twenty-something male wearing a Bruins hat looked at me, apologetically. His face was drained of all color. “I’m so sorry.”

“From behind, you look exactly like my good friend,” he said. “We smack each other on the butt as an inside joke, but it’s stupid and I feel terrible for touching you.”

His shaky tone and unintimidating appearance led me to believe him, so I told him not to worry about it. Still, I was disappointed–not from being a victim of a fairly non-traumatic strike, but from my own instinctual reaction. Without even turning around to confront the predator and show him my anger, I just booked it, and felt like a coward.

While my encounter turned out to be joke gone awry, others are not so lucky. I teach writing at Emerson College, one of dozens of higher institutions nationwide currently being investigated by the U.S. Department of Education’s Office of Civil Rights. Several lawsuits filed in 2013 by students lambasting their administration’s responses to sexual assault cases have garnered much attention from the media, and the victims have rightfully received a large amount of public support. Since making worrisome headlines last October, Emerson has offered its community several programs in response, including free courses in Rape Aggression Defense–or RAD. Last weekend I became the first faculty member to participate.

The three-day course covers the very basics of self-defense—the goal is not to learn how to beat someone up, but to block and distract enough to buy time to get away. I discovered that certain things I often resent about my body—being left-handed and having wide hips—actually gave me a competitive edge. In yoga pants and fuchsia sneakers, I punched and kneed and shin-scrapped heavily-padded policemen. With each strike, our instructors told us to yell “No!” as loud as we could, not only to establish a clear lack of consent and potentially catch the attention of people nearby, but also to increase oxygen flow. I was raised with the notion that you should never raise your voice, so I was letting out 25 years worth of suppressed aggression. I realized my vocal chords were my most useful weapon.

The course was held in one of Emerson’s many dance studios; the scuffling of tap shoes echoed above us, and an a capella group singing selections from Disney’s “High School Musical” could be heard from the practice room next door. After successfully escaping the final simulation, I walked out to the lobby to catch my breath and sip some water. Lining the halls were dozens of undergraduate women coating on make-up and welding curling irons. They were primping for a student photo-shoot with a Pin-up girl theme. Still dripping sweat and adrenaline, I was suddenly faced with this mainstream feminine aesthetic that often leads to objectification and victim-blaming. But all I could think about is how much pain could be inflicted by those four-inch heels. If their nerdy, penny loafer aficionado professor could learn the defensive stance, these girls would have no problem.

And yet, of the twenty students that signed up for the once-a-semester course, half actually showed up. It seems like every other day I get an email or see a flyer about another school-sponsored awareness event. RAD courses, expert panels, and discussion forums do not justify oversights from the past, nor will they totally prevent future incidents from occurring on or off-campus. But what response could? It’s a shame the conversation had to start at all, but these new initiatives indicate progress, and should be acknowledged.

If I had taken a RAD class prior to getting spanked at that bar, would I have had the strength and will to turn around and slug the guy? Probably not. But before running away, I would have at least whipped around and told him “No” with my voice and another weapon–dead-on eye contact.

Rather than running away from a controversy that will die down with time anyway, Emerson’s administration has confronted its scrutiny face-to-face. Regardless of whether or not a school has been called out in the news- or the courtroom, students, teachers, alumni, janitors, parents, women and men must confront the prevalence of sexual assault now. Yell loudly. While the universities are still listening.

Enter to win a pair of tickets to attend The Hess Collection Seminar and Dinner as part of Boston Wine Festival 2018 at the Boston Harbor Hotel on Wednesday, March 14th. END_OF_DOCUMENT_TOKEN_TO_BE_REPLACED

Boston band Funeral Advantage is Tyler Kershaw. And Tyler Kershaw had a fun childhood, so it seems. END_OF_DOCUMENT_TOKEN_TO_BE_REPLACED

Perry put me on to daephne and the album blew my mind. END_OF_DOCUMENT_TOKEN_TO_BE_REPLACED

END_OF_DOCUMENT_TOKEN_TO_BE_REPLACED

I’m in my mid-twenties, and I’ve been working as a substitute teacher for the last couple years (I joined Teach for America right out of college). I know some of the girls in classes I teach have crushes on me — high schoolers aren’t very subtle — but I brush it off, because I’m not an idiot. Last week, however, I got a disturbing email from a girl in the English class I subbed for. Pictures were attached. You get the gist. What do I do about this situation? I obviously haven’t responded, but I’m afraid she might go Lifetime-movie on me. END_OF_DOCUMENT_TOKEN_TO_BE_REPLACED