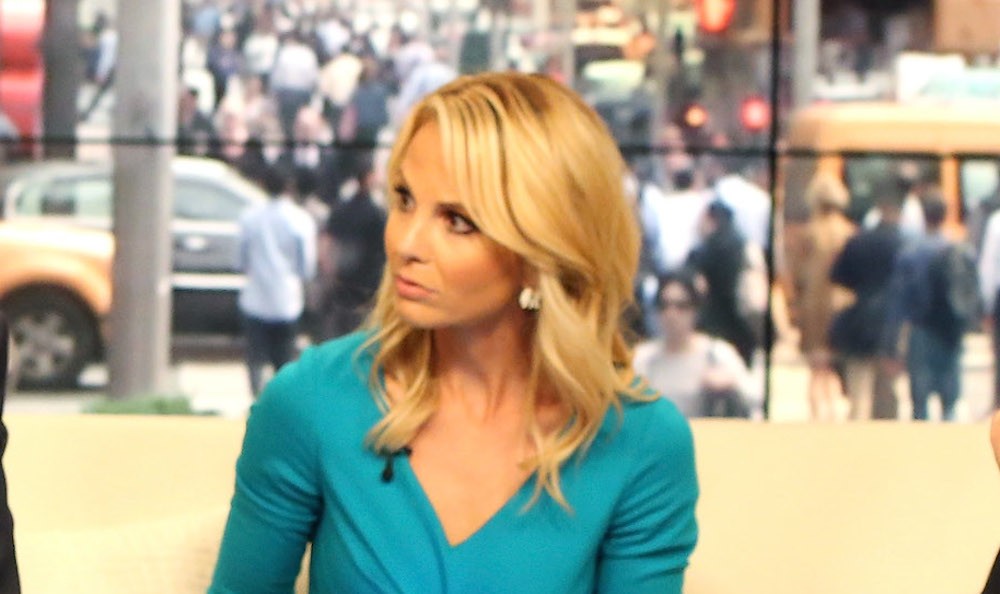 Fox and Friends host Elisabeth Hasselbeck has had enough of the Black Lives Matter movement.

A Monday morning Fox and Friends segment covered Black Lives Matter protesters chanting, “Fry ’em like bacon, pigs in a blanket,” at the Minnesota State Fair shortly after the shooting death of Texas Deputy Darren Goforth. During the segment, Hasselbeck asked guest Kevin Jackson why the movement hasn’t been labeled a hate group.

“Why has the Black Lives Matter movement not been classified yet as a hate group?” Hasselbeck said. “I mean, how much more has to go in this direction before someone actually labels it as such?”

“Statements and chants like that are just ignorant – I find it absolutely disgusting,” said Police Federation President Dave Titus, telling WCCO that the protester’s comments were even more inappropriate coming less than 24 hours after Goforth’s death. “I don’t think chanting or singing what’s basically promoting killing police officers is peaceful.”

According to Minnesota Public Radio News (MPR), organizers of the protest saw the State Fair as a chance to reach more rural residents unfamiliar with issues facing the black community. No injuries or arrests resulted from the protest, and Fair general manager Jerry Hammer told MPR that the only complaints from fairgoers were regarding the noise of news helicopters.

But the caption Fox and Friends posted below the video—”Black Lives Matter Taunt Cop Killings”—seemed to suggest that the crowd’s chant was specifically related to the death of Deputy Goforth, who was shot at a gas station Friday night.

According to a prosecutor, the suspect arrested and charged in Goforth’s death, Shannon J. Miles, approached Goforth from behind and shot him 15 times in the back. Miles was found mentally incompetent to stand trial for a felony assault charge in 2012, according to CNN. 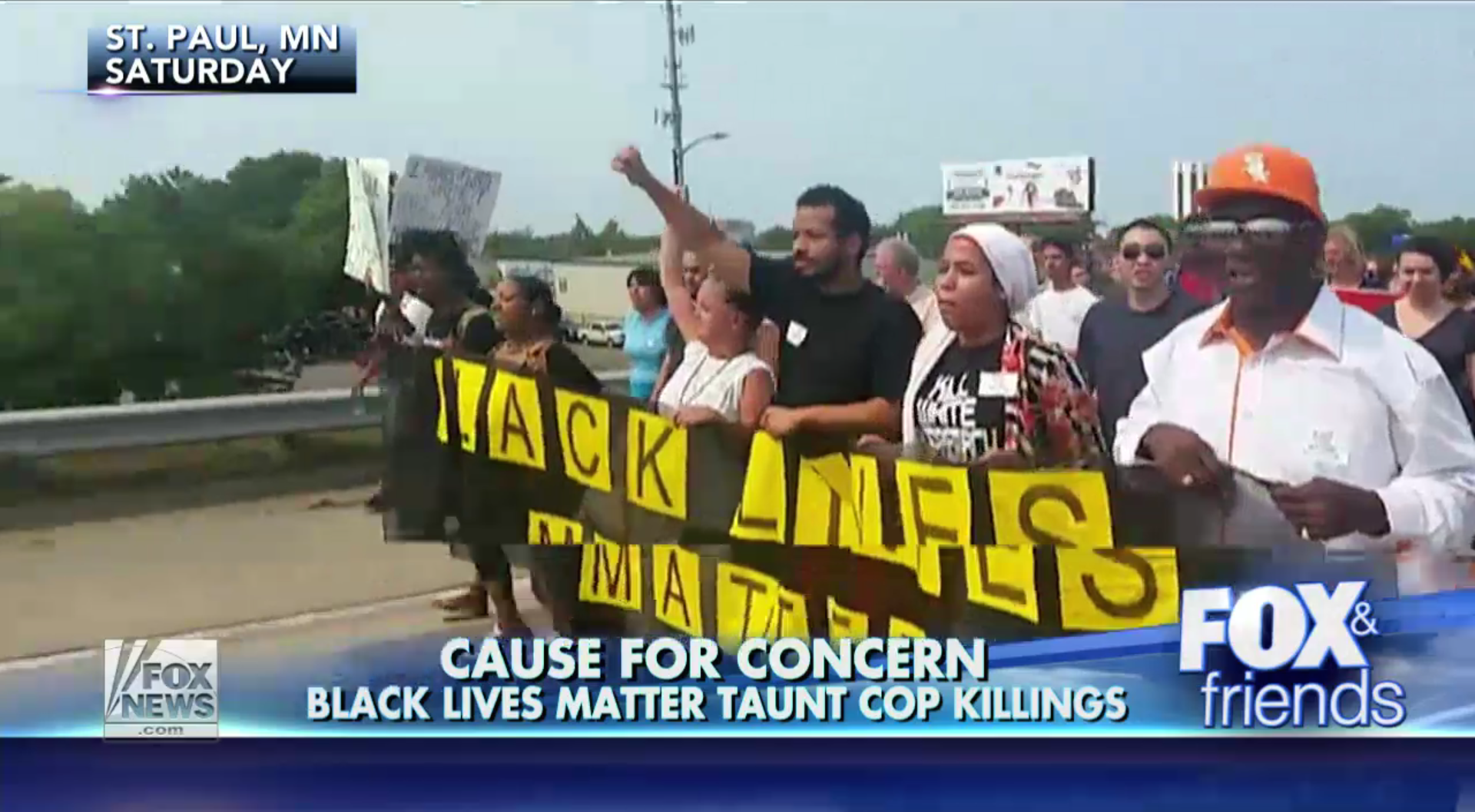 Black Lives Matter St. Paul organizer Rashad Turner told the AP that the chant was a call for similar treatment of black people and police officers, not a call for death.

“We’re not going to be distracted by their attempt to minimize our movement and focus on a chant that lasted 30 seconds,” Turner told the AP.

Hasselbeck’s comments echoed concerns raised by Harris County Sheriff Ron Hickman, who said that the “execution-style” killing of Goforth was motivated in part by the national rhetoric currently surrounding police.

“The general climate of that kind of rhetoric can be influential on people that do a thing like that,” Hickman said in a press conference.

“I think it is too soon to draw that connection,” Hostin said. “When these types of horrific crimes happen, the investigation is just in its early stages.”

“I grieve for [Goforth’s] family,” Mckesson said. “But it is unfortunate that Hickman is using this situation to politicize his grievance against a movement centered on ending violence and holding police accountable for their actions.”

Watch the Fox and Friends segment below.