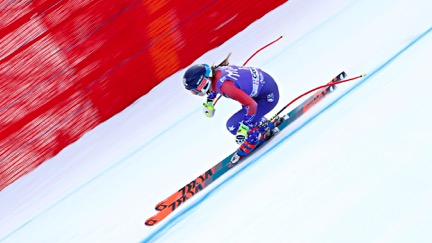 The Olympic Ski and Snowboard Teams have been selected. But before we get into that, we’re heartbroken to learn about the passing of the legendary Warren Miller.

Final Olympic selections were made for the US Ski and Snowboard Team this week. Old favorites and new comers will be making their way to South Korea for the 2018 Winter Games.

Olympic medalists Gus Kenworthy (Telluride, CO) and Nick Goepper (Lawrenceburg, IN) took it right down to the wire on the last day of Olympic selection to claim objective spots in men’s slopestyle skiing.

Just 10 months after a significant knee injury, Laurenne Ross (Bend, OR) confirmed her Olympic spot after the final event Sunday in Cortina d’Ampezzo, Italy. Ross scored a top-10 finish in Val d’Isere in December that held up to put her on the team. Also qualifying in Super-G were Lindsey Vonn (Vail, CO) and Mikaela Shiffrin (Eagle-Vail, CO). 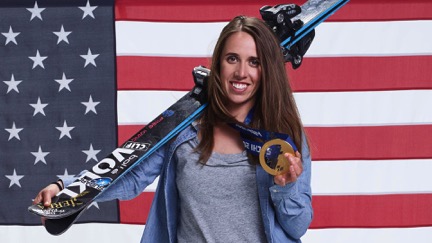 Lindsey Vonn (Vail, CO) earned a shot at repeating her 2010 Olympic downhill gold as she clinched an Olympic Team spot with a win in the final downhill at Cortina d’Ampezzo, Italy. Jackie Wiles (Bend, OR) was third to make her second Olympic Team. Mikaela Shiffrin (Eagle-Vail, CO) also qualified with her two downhill podiums this season.

Jonathan Cheever (Saugus, MA) claimed his Olympic spot when no other athletes were able to unseat him in selection events. Cheever scored a podium in the season opener last summer.

Don’t miss all the action when the Games start on February 9th, 2018. Click here for the schedule.

Sunday River is selling $23 lift tickets online for Monday, February 12 in honor of Troy Murphy Going to the Olympics.

Sunday River Resort is excited to announce that its sponsored athlete, Bethel, Maine native Troy Murphy, is headed to the Winter Olympics next month in PyeongChang, South Korea with the U.S. Freestyle Team.

In 2014, Murphy made a name for himself on the World Cup circuit following nine starts and two fifth-place finishes, securing the title FIS Rookie of the Year.

Going into this season, Murphy was the top pick following a third-place finish in Thiwoo, China, on Dec. 21, 2017.

Most recently, Murphy landed two 14th-place finishes—one on January 10 at Deer Valley Resort in Utah and another this past Sunday at Mont Tremblant in Quebec, Canada.

These finishes were enough to secure Murphy’s position as the overall 12th ranked men’s mogul skier in the world and second among his team.

In honor of Murphy’s invite and the 23rd Winter Olympics, Sunday River is now selling lift tickets online for Monday, February 12, 2018 for just $23 under a promotion aptly named “Mogul Monday.”

Online lift tickets for Mogul Monday are available at sundayriver.com. 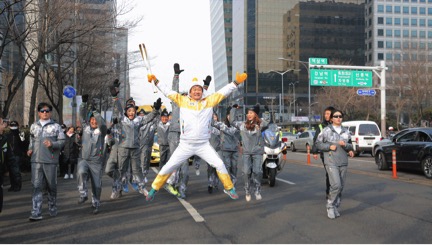 Having already spent two days in Seoul, the PyeongChang 2018 Olympic Torch Relay continued its four-day visit to the capital on Monday, January 15.

Gracing the city for the first time since the Olympic Summer Games of 1988, the Olympic flame began the day at Jamsil Baseball Stadium. Featuring large on the day’s roster of torchbearers was Hwang Young-Cho, the winner of the men’s marathon at Barcelona 1992.

The Torch Relay’s final destination for the day was the National Museum of Korea, an important showcase of Korean cultural heritage, where a modern dance performance entitled “On the Snow” was conducted along with a fascinating fusion of Irish music and Pansori, the Korean genre of narrative song. 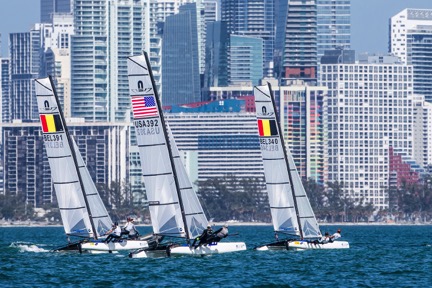 Over 540 sailors have gathered in Regatta Park, Miami, USA, for the second round of the 2018 World Cup.

Sailors from over 50 nations will race over six days in all ten Olympic events on Biscayne Bay, just off Coconut Grove in Miami as the road to Japan 2020 begins.

Boston College’s Erika Reineke (USA) is a local Laser Radial sailor and she is very familiar with the waters. As sailors get set up in Regatta Park, Reineke welcomes the international competitors and is looking forward to the event. “It’s great to see so many faces from across the world come here,” says Reineke.

Reineke and Women’s 470 sailor, Maja Siegenthaler (SUI) both relate to the thought of dolphins whenever they think of sailing in Miami.

Racing is scheduled to commence on Tuesday, January 23 with the regatta, culminating with the live Medal Race days on Saturday and Sunday, January 27 and 28. Click here to view the latest Race Schedule.

Enter to win tickets to see Trio Da Kali at The Villa Victoria Center of the Arts (Newton, MA) on April 10th. END_OF_DOCUMENT_TOKEN_TO_BE_REPLACED

END_OF_DOCUMENT_TOKEN_TO_BE_REPLACED

Enter to win tickets to Rhye at The Paradise on February 28th. END_OF_DOCUMENT_TOKEN_TO_BE_REPLACED

Click here to see where we’ll be the rest of the season! END_OF_DOCUMENT_TOKEN_TO_BE_REPLACED

END_OF_DOCUMENT_TOKEN_TO_BE_REPLACED

Enter to win a pair of tickets to attend The Hess Collection Seminar and Dinner as part of Boston Wine Festival 2018 at the Boston Harbor Hotel on Wednesday, March 14th. END_OF_DOCUMENT_TOKEN_TO_BE_REPLACED

The Black and Gold continue their run tonight at TD Garden. END_OF_DOCUMENT_TOKEN_TO_BE_REPLACED

Her new album has been pushed back, but we have Kimbra’s new single for you. END_OF_DOCUMENT_TOKEN_TO_BE_REPLACED