Ears on the Couch: For Record Store Day, Omar Roca wants you to stop listening and meditate

The warm crackle of the needle hitting the groove. The unmistakable calm before the music comes bursting through the static. It is a sound that signals an experience – one that Omar Roca has been missioning to revive.

For the past two years, Roca has invited groups of friends into his quaint Jamaica Plain duplex for an event he calls Ears on the Couch – a communal evening of stereo benediction.

Invitees to Ears on the Couch are asked to sit quietly in complete darkness and simply listen as he plays a vinyl album start to finish on his impeccably sharp stereo system. Light drinking is encouraged, but there is absolutely no talking or cell phone tinkering. The point isn’t just to listen, but to listen actively, which is something Roca believes music consumers have lost the ability to do.

“Active listening is really hard,” admits Roca, who daylights as a tech junkie, “A lot of times, I listen to music at work, but I’m not really listening. It’s just something to occupy my mind.” Active listening, he says, is about sitting down with a piece of music and a purpose “and making the conscious decision to listen to it all the way through.”

Sitting there in the dark, an album’s liner notes flourish into full expressions, vivid and distinct. A horn emerges distinctly from the din in the left-hand corner of the room; the drums seeming/y thunder up from beneath the hardwood. “You get a scene of more presence,” Roca relates, “it’s just bigger, larger.”

For a generation of people who chiefly experience music in the ear-budded confines of a cubicle, the practice is therapeutic. Almost recalibrating. Though it only lasts about 45 minutes, Ears on the Couch forces listeners to totally re-evaluate how they interact with music in their everyday lives.

Roca got the idea to start Ears on the Couch after seeing a mention of Classic Album Sundays – a British listening party of the same ilk – in Stereophile magazine. Though it seemed revolutionary at the time, Roca soon realized that he’d been doing nearly the same thing his whole life. From the time he spent as a teen lying on his bed with a 33 ½ on his parents’ ratty turntable, he had always enjoyed meditating to a good record. Since meditation reaches deeper truths in the presence of others, Roca decided to enhance the experience by involving some of his closest friends.

“Besides active listening is group listening,” he says, “Whether it’s live or recorded, a shared experience is always superior.” He continues by saying “It’s actually easier to do in this sort of setting because it’s a shared experience.” Simply put, having others around keeps a listener honest and forces them to focus in a way they couldn’t manage alone.

Tall, gregarious, and fiercely intelligent, Roca is a born teacher, and Ears on the Couch gives him the chance to impart his most ardent lesson – the appreciation of the craft of music. He chooses the subject for his lessons based on a confluence of historical significance and personal preference. And he always precedes a listening with a monologue that he uses to frame the meditation – giving the unstimulated mind a chew toy before the blankness begins. 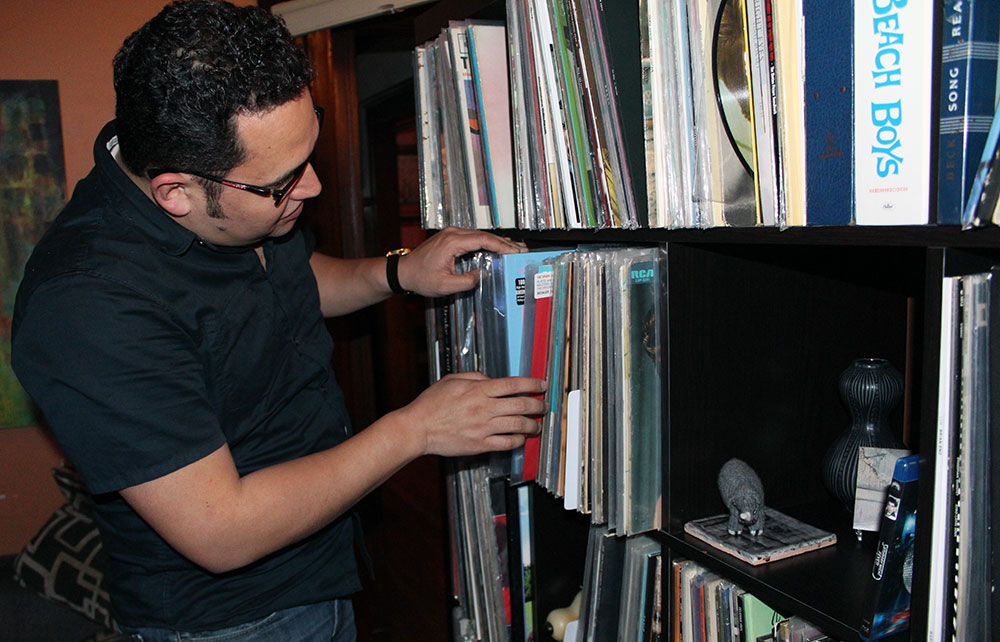 Nearly everyone comes out of the trance the same. Blinking in the light, they all are taken aback by just how much artistry they’d been glossing over. “I’ve seen really positive reactions from people,” Roca says, “You turn the light back on, and the look on their face is like ‘wow.’”

Then, as Roca pours more wine and opens his library of 1,200+ records, they decompress and relate their experiences. No one ever complains about feeling bored. In fact, they typically feel invigorated.

On Saturday, April 19, Record Store Day, Roca will be treating his guest list to Marvin Gaye’s “What’s Going On.” The record’s political context, Roca says, makes it a natural pick for reflecting on the year following the Boston Marathon bombings while simultaneously allowing him to acknowledge the birth and death of the late Motown great, both of which took place in April. However, despite the mass appeal, Ears on the Couch remains a closed event, and Roca doesn’t anticipate that he’ll be bringing it to the general public.

“For now, I think I am happy doing semi-private events at home,” he says, “and encouraging others to do the same.” Though he entertains the idea of hosting a Classic Album Sunday in the city again, Roca isn’t trying to be an event promoter. It’s most likely that intrigued audiophiles will have to resort to sponsoring their own listening parties – which is exactly what Roca suggests this Record Store Day.

“Obviously, the first thing [you’ll want to] do after you get home from the record store on Record Store Day is put your records on,” he says, “but think about it before putting your records on. Perhaps you want to do a listening session.” 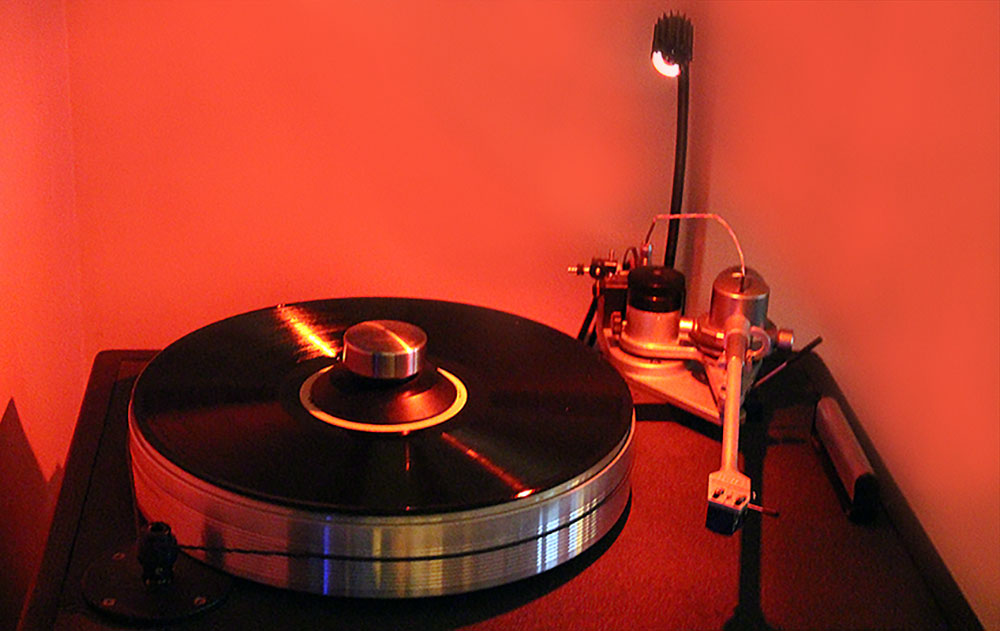 You don’t need to be an electrical engineer or have a stereo with a price tag in the thousands to pull it off. Though Roca’s setup is potent and articulate, he affirms that his level of knowledge isn’t a prerequisite.

“You can buy a decent turntable, and it’s not the most involved thing,” he says, “It’s fun because I have a nice stereo system that sounds great, but I started doing it when I didn’t. I just used my parents’ crappy record player, and that was my turntable for years. I didn’t care. I didn’t even know what cartridge it had, all I knew was that it could play the 15 records I had.”
After that turntable broke down, Roca started shopping around in trade magazines, and that’s when he got the bug. From there, his enthusiasm was cultivated from the time he spent shopping for vinyl, which is why he thinks Record Store Day is so important.

“Record stores, they’re a type of business that runs on passion,” he says, “and supporting that sort of business model is important.”

However, though the discounts and swelling registers are good for buyers and sellers alike, Roca warns that Record Store Day should be a gateway instead of a destination.

“Make sure you go back to your record store,” he says with a smile, “They’re open more than just one day.”