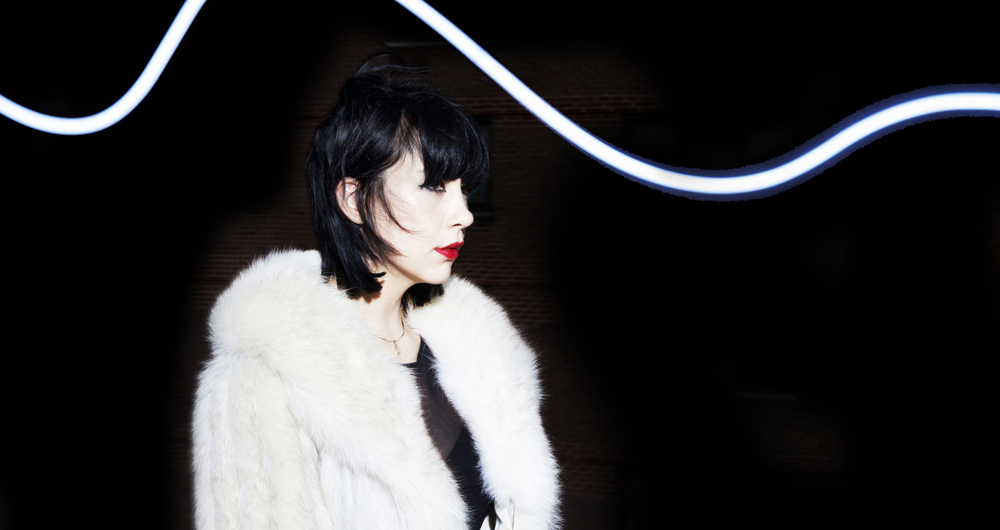 Everything’s coming up Boston right now. Between Spring (hopefully) being on its way, and the T staying open late at night, things are beginning to act in our favor, music fans/people who like fun/people who are interested in having good times. If you’re looking for some music to see this weekend, here’s the best of who is playing:

New York indie poppers Dum Dum Girls will be at Brighton Music Hall touring behind its latest album “Too True” along with Portland, OR dream pop wizards Blouse (8 p.m., $15, 18+). For something a bit harder edged, Montreal garage duo Solids hits Great Scott, making noise in a similar vein to Japandroids or Jeff the Brotherhood (with Pachangacha and Soft Fangs; 9 p.m., $9, 18+). To get your dance on, head to Make it New at Middlesex and get busy to the sounds of residents Alan Manzi, John Barera, and Coralcola (9 p.m., free, 21+).

Like Pink Floyd but wish they were a reggae band? Take it easy, you stoner! But seriously, there’s actually a solution here. Reggae collective Easy Star All-Stars will be at The Sinclair to play its breakout album, “Dub Side of the Moon,” which, I’m sure you can predict, delivers reggae re-workings of the entire legendary Floyd album (with Thunder Body; 8 p.m., $22, 18+). Phish heads have a big weekend to look forward to. Not only do summer tour tickets go on sale this weekend, and Lawn Boys, a Phish cover band will be playing Brighton Music Hall on Saturday, but Phish bassist Mike Gordon, fresh off a new album “Overstep,” will take the stage at House of Blues tonight (8 p.m., $29.50, all ages). I know you miss your weekly dose of Britpop. Luckily (and bittersweetly), Great Scott’s former resident dance night, the pill, returns for one night only to send DJ Ken off to the west coast ($10, $5, 21+). For a different taste of dance music, head to Good Life for Pico Picante, this week featuring Peligrosa, King Louie, and Orion all from Austin, TX (with Ultratumba and Oxycontinental; 10 p.m., $5, 21+). Smash it Dead Fest also kicks off tonight at the Cambridge YMCA and continues all weekend long at The Democracy Center, featuring punk from Boston and beyond (6 p.m., donation-based, all ages).

Break out that old Hot Topic sweatband because one of the few mainstream emo acts that has held up over time, The Ataris, will be at Brighton Music Hall for an early show (with Authority Zero, Gasoline Heart, and Drag the River; 6 p.m., $20, 18+). For something equally as heavy, but a bit more on the punk side, head down the street to O’Brien’s and send Choke Up and Lee Corey Oswald off on a successful tour together (8 p.m., $8, 21+). If you’re in Allston, you also may consider hitting up the opening of new venue Allston Rock City Hall, which will launch on Saturday with 9 visual artists and performances from Lannen, DJ Leah V, and more (1 p.m., $5 with RSVP, all ages).

Sunday is no night for sleeping this week. Childish Gambino will roll through House of Blues, not to tell jokes, but to let his wit shine through the rhymes of December’s “Because the Internet” (8 p.m., $35, all ages). Local basement rock kings Pile will be at Great Scott celebrating the release of its rather impressive new “Special Snowflakes” 7″ along with a stcked cast of labelmates (with Ovlov, Disco Doom, LVL UP, and Krill; 9 p.m., $10, 18+). To rock out in different scenery, Austin noisemakers …And You Will Know Us By The Trail Of Dead will play a massive undersell at TT’s (with Midnight Masses and La Femme; 9 p.m., $20, 18+).

END_OF_DOCUMENT_TOKEN_TO_BE_REPLACED

Enter to win a pair of tickets to attend The Hess Collection Seminar and Dinner as part of Boston Wine Festival 2018 at the Boston Harbor Hotel on Wednesday, March 14th. END_OF_DOCUMENT_TOKEN_TO_BE_REPLACED

I referred to it as the “best kept secret” in Boston arts for the holidays. END_OF_DOCUMENT_TOKEN_TO_BE_REPLACED

Boston’s arts scene shines at this time of year. END_OF_DOCUMENT_TOKEN_TO_BE_REPLACED

It’s so much more than a holiday show. END_OF_DOCUMENT_TOKEN_TO_BE_REPLACED

Rock for a cause this holiday season. END_OF_DOCUMENT_TOKEN_TO_BE_REPLACED

Get out and see a show this holiday season, and save some money when you do. END_OF_DOCUMENT_TOKEN_TO_BE_REPLACED

You can help give the gift of music to kids in need this holiday season. END_OF_DOCUMENT_TOKEN_TO_BE_REPLACED

Be honest: when’s the last time you attended a Gala? END_OF_DOCUMENT_TOKEN_TO_BE_REPLACED

The October staple returns on the 21st. END_OF_DOCUMENT_TOKEN_TO_BE_REPLACED