‘Die Hard’ or ‘A Christmas Story’? Vote Now in the Final Four of our Ultimate Christmas Movie Bracket 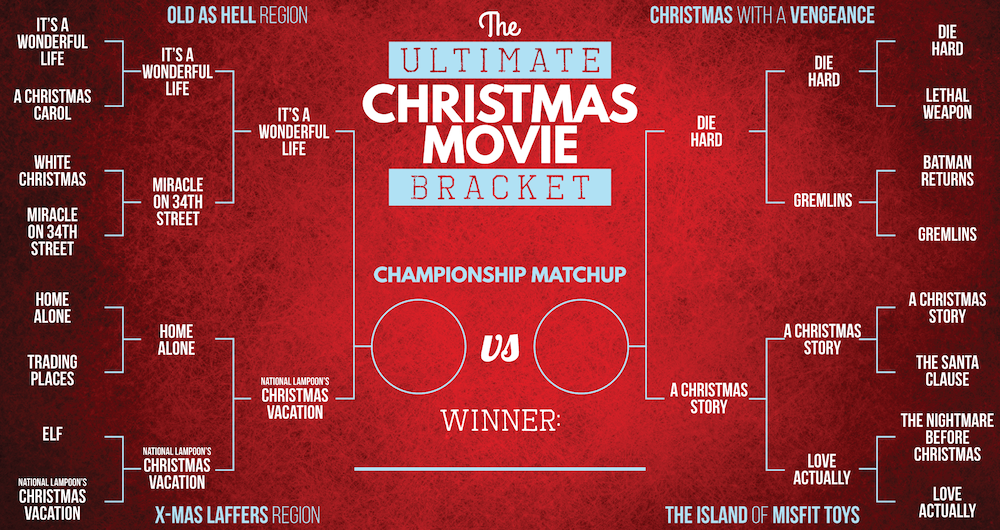 We’ve now entered Day 3 of our Ultimate Christmas Movie Bracket, meaning we’re down to the final four. “National Lampoon’s Christmas Vacation” took on its second straight tough opponent in “Home Alone” (after barely beating “Elf” during the first day of the tournament. Did it prevail again?

In case you missed our initial post Monday, we started with 16 inarguable Christmas movie classics, and somehow narrowed it down to eight, which were trimmed to four during an intense day of voting yesterday. Now we have the winners of each of our four regions: The Old As Hell champion, the king of the XMas Laffers, the chief freak on the Island of Misfit Toys, and the battered and bruised champ with the chip on his shoulder in Christmas With a Vengeance. Without further ado, here are Tuesday’s regional winners. 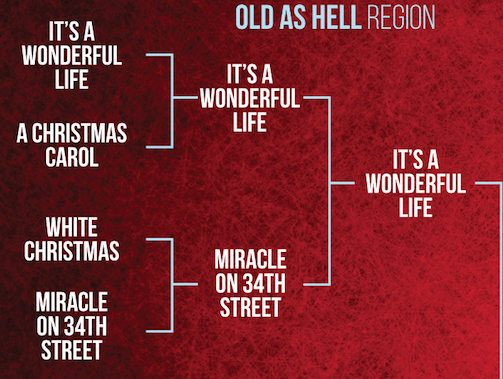 “Remember, George: no man is a failure who has friends.” It appears that Clarence’s note to George Bailey rings true, as thousands of George Bailey’s friends kept “It’s A Wonderful Life” from failure in our bracket, as Frank Capra’s yuletide juggernaut took down “Miracle on 34th Street.” Earning 70% of the vote against Kris Kringle himself is no laughing matter, and George, Mary, Zuzu, and even Mr. Potter should be heading to the final four with a smile on their faces. 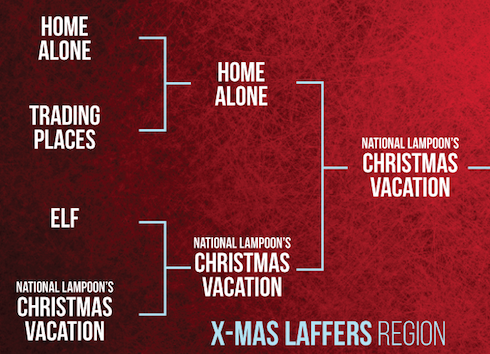 We advertised this funny film face-off as the marquee matchup of our tournament, and while “National Lampoon’s Christmas Vacation”‘s win over “Home Alone” was a little more lopsided than expected, it was also the most-voted on of all the matchups by a significant margin, proving that Chevy Chase acolytes still exist in this world. As for the loser, sending “Home Alone” home is a crushing blow, one that can only be cured by eating junk and watching rubbish. Many of us on staff (read: me) who picked the McCallisters to win it all will have to find a new horse in the race, seething at the injustice and convinced that “Home Alone” got burned. 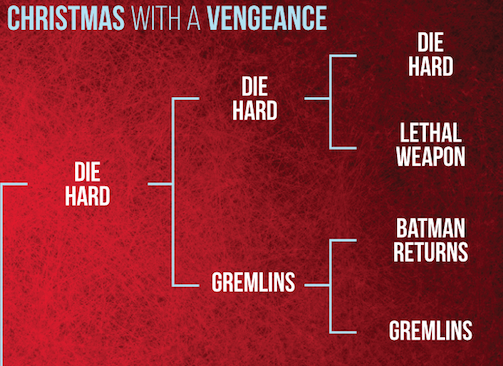 Despite a fervent Twitter campaign by our social media manager Michelle on behalf of “Gremlins,” the Mogwai weren’t fed enough votes by midnight, and “Gremlins” is no more. Instead we have “Die Hard,” whose inferior second sequel is the namesake of this region. Say what you will about the inclusion of “Die Hard” in the Christmas movie pantheon, but never count John McClane out of a fight. You’ll regret it. 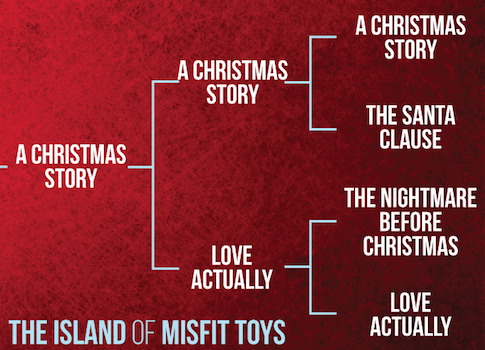 And the runaway winner of the Misfit Toys region is “A Christmas Story,” meaning the final four has three movies from the 1980s and one movie from the ’40s that didn’t become popular until the ’80s. “A Christmas Story” took its official Red Ryder, carbine action, two-hundred shot range model air rifle and made mincemeat out of “Love Actually” all without shooting its eye out. Based on the sheer number of Facebook comments and tweets we’ve received in support of “A Christmas Story” so far, it may actually be the favorite going forward. We’ll see if it’s enough for Ralphie to put his boot down and send John McClane down the Christmas slide and out of the tournament.

So there you have it, your Ultimate Christmas Movie Bracket Final Four. Voting will once again only be open until midnight EST, so get to it!

Golden Globe and Emmy nominee Benjamin Wallfisch is the composer responsible for the score of the hit movie IT. I talked to Ben about his approach to scoring the new version of this iconic story and his thoughts on film and music overall. Some very insightful commentary; listen in. END_OF_DOCUMENT_TOKEN_TO_BE_REPLACED

Rupert Gregson-Williams is an award-winning film composer. He just so happened to compose the score for this summer’s big blockbuster Wonder Woman. We talked about his beginnings in film scoring, film scores that move and inspire him and, of course, Wonder Woman. END_OF_DOCUMENT_TOKEN_TO_BE_REPLACED

Jeff Rapsis is a New England-based composer and performer. Lately, he’s been creating live musical scores for silent film screenings. I talked to him about his process and a few of his upcoming performances at The Capitol Theatre in Arlington and the Somerville Theatre. You can keep track of where else Jeff is scoring silent films here. END_OF_DOCUMENT_TOKEN_TO_BE_REPLACED

Planning on seeing Rogue One: A Star Wars Story when it opens this weekend? I joined Adam 12 to give you an idea of what to expect. But don’t worry, I didn’t give anything away. END_OF_DOCUMENT_TOKEN_TO_BE_REPLACED

No, not from afar, from the comfort of her couch. From the actual awards themselves. That’s where Meredith Goldstein was for the Oscars. She shared all the juicy, first-hand details with me. END_OF_DOCUMENT_TOKEN_TO_BE_REPLACED

To celebrate the opening of ‘The Force Awakens,’ I had some very special guests in studio to start the Thursday, December 17 edition of The Brink. Listen. END_OF_DOCUMENT_TOKEN_TO_BE_REPLACED

Watching the new Star Wars trailer a million times gave us all sorts of feels. And one of those feels was nostalgia. END_OF_DOCUMENT_TOKEN_TO_BE_REPLACED

END_OF_DOCUMENT_TOKEN_TO_BE_REPLACED

If you’ve finally finished crying over Inside Out — or Lava, the short that ran before it — Pixar is readying another assault on your tear ducts with The Good Dinosaur, if its newly released trailer is any indication. END_OF_DOCUMENT_TOKEN_TO_BE_REPLACED