Detroit Man Walks 21 Miles To Work Every Day, Inspires Many to Provide Help 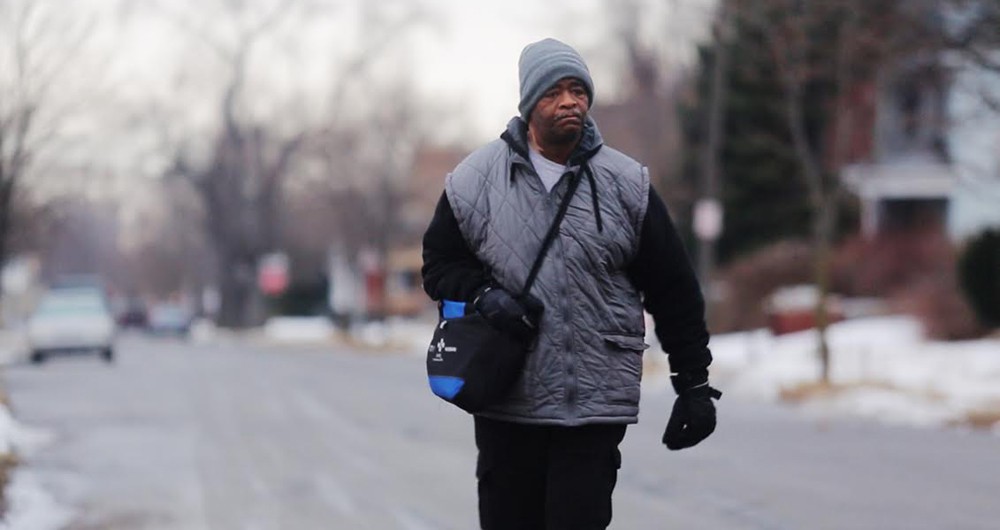 Put yourself in the shoes of James Robertson and walk 21 miles on foot.

About a decade ago, the Detroit man’s car quit on him and ever since then, he commutes 23 miles each way to work every day.

Robertson, 56, begins his daily journey at 8 a.m. to make his 2-10 p.m. shift. He works at Schain Mold and Engineering — a plastic-parts manufacturer located in Rochester Hills, Michigan. He relies on public transportation, occasional rides from others and his two feet. Earning $10.55 an hour, buying and maintaining a car is out of the question.

Check out the 21-mile route of the “incredible commuter” http://t.co/zQYitTbRnS pic.twitter.com/jLpXGe6zkR

“I don’t think what I do is big deal,” Robertson told People Magazine. “I do what I have to do to get to work in the morning. It’s just a part of my life.”

According to People, Robertson is never late for work.  It takes him about four hours to get there and on his way home late at night, his walk and commute is extended due to limited public transportation. After the Detroit Free Press profiled the determined man, many were inspired to offer a helping hand — one person especially, Evan Leedy — a student at Wayne State University — set up a GoFundMe campaign to raise money that will go towards purchasing a car. In just a short two days, over $150,000 has been raised, surpassing a goal of $25,000.

The two met shortly after the account was set up and Robertson expressed his gratitude towards the college student, telling him “I’m always going to be in your debt.” Leedy shared with Robertson what people were saying online.

Robertson told the Detroit Free Press he was not completely surprised by everyone’s generosity.

“I gotta say, this is Detroit, this is how people are in Detroit,” he said. “They say Los Angeles is the city of angels. That’s wrong. Detroit is the real city of angels.”

According to Leedy, car dealerships such as Honda and Chevy have reached out expressing that they want to donate a car. This way, the funds can go towards something else he may need. Amid the over-pouring support from strangers, Robertson is humbled by everyone’s effort.

“I have to be careful how I act about this,” he said. “The same God who brings you all these blessings can take them away.”

We ate vegan blueberry cake and it was amazing. END_OF_DOCUMENT_TOKEN_TO_BE_REPLACED

Dan Croll is a great musician and an even better person. END_OF_DOCUMENT_TOKEN_TO_BE_REPLACED

We kicked off the weekend with a visit from Sasha Purpura, Executive Director of Food For Free. Sasha was back to promote next month’s Craft for a Cause event, a craft beer festival celebrating the Central Square Cultural District. END_OF_DOCUMENT_TOKEN_TO_BE_REPLACED

Summer is the hungriest time of the year. Millions of kids rely on school meals, but in summer, the meals disappear. HGTV’s Taniya Nayak was in studio this morning to talk about Taste of the Nation this coming Tuesday, June 6, which benefits Share Our Strength’s #NoKidHungry initiative. Click here to get your tickets. END_OF_DOCUMENT_TOKEN_TO_BE_REPLACED

Community Servings provides nutritious meals to individuals and families living with a variety of illnesses. Stephanie Carrigg was in studio this morning to talk about this year’s Meals4Moms program, where your contribution not only helps feed moms in need, but nets you some great goodies for a mom in your life. END_OF_DOCUMENT_TOKEN_TO_BE_REPLACED

Continuing our month-long series spotlighting videos we hope will inspire you think. END_OF_DOCUMENT_TOKEN_TO_BE_REPLACED

The first in a month-long series focusing on new songs that go a little deeper. END_OF_DOCUMENT_TOKEN_TO_BE_REPLACED

Matt Allen is the Field Director for ACLU of Massachusetts. He was in to talk about the ACLU: who they are, what they do, and how to get involved! END_OF_DOCUMENT_TOKEN_TO_BE_REPLACED

On Saturday, December 3 from 6-9 p.m., Distillery Gallery at 516 E. 2nd St. in Southie is holding a benefit for Standing Rock. Director Pat Falco and Curators Olivia Ives-Flores and Oliver Mak were in studio this morning to talk about this free event. END_OF_DOCUMENT_TOKEN_TO_BE_REPLACED