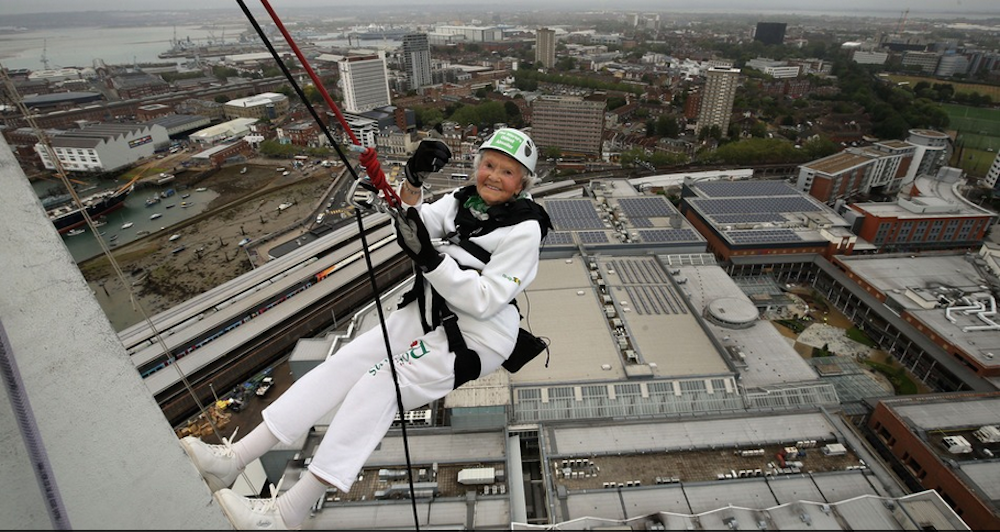 What did you do Sunday? Whatever it is, Doris Long of the United Kingdom probably has you beat.

For background, this is Long: 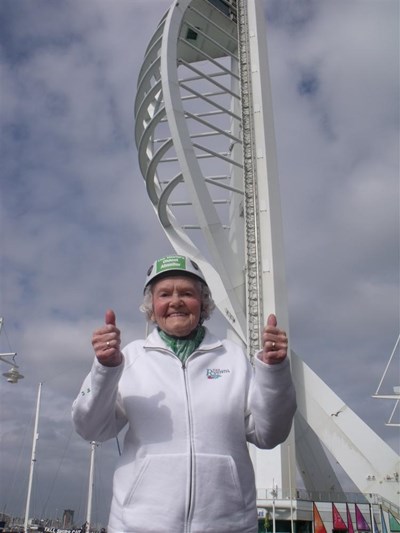 Long is 101 years old and began abseiling, or rappelling, at the age of 85, according to her justgiving.com page.

She rappels down buildings to raise money for her local hospice.

She’s already done it 15 times and holds the Guinness World Record for the oldest person to abseil, which she earned at the age of 100. NBD.

Long decided to attempt to break her own world record with a 16th rappel Sunday. The plan: Make her way almost 100 meters—or 328 feet—down the Spinnaker Tower in Portsmouth, UK, to raise money for The Rowans Hospice, according to the BBC.

And Long took the trip down in stride: 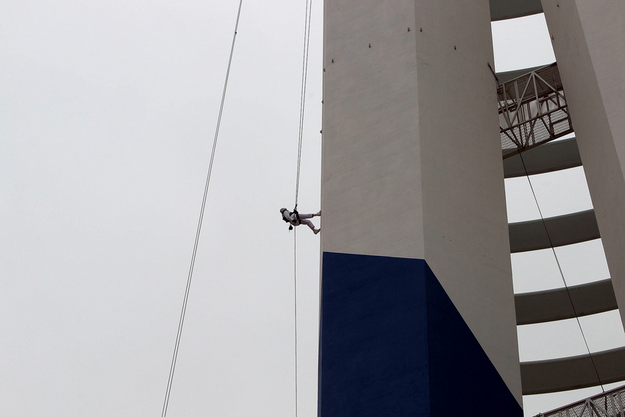 The BBC reports that Long has been dubbed “Daring Doris” as a result of her feats.

“I don’t feel afraid and never have,” she told the publication. “I just have a placid nature.”

Per the BBC, Long says she hopes she’ll be back to rappel again next year at 102. 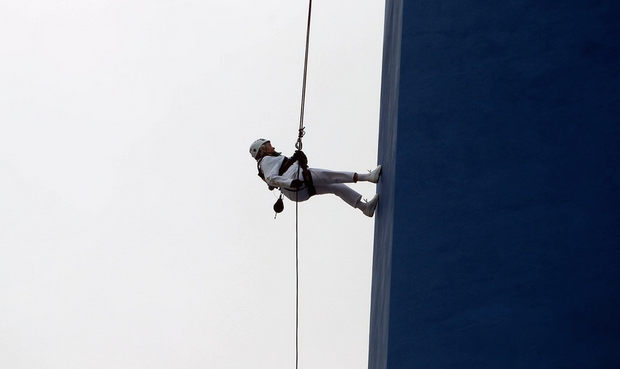 All other images: Steve Parsons/PA Wire/AP.