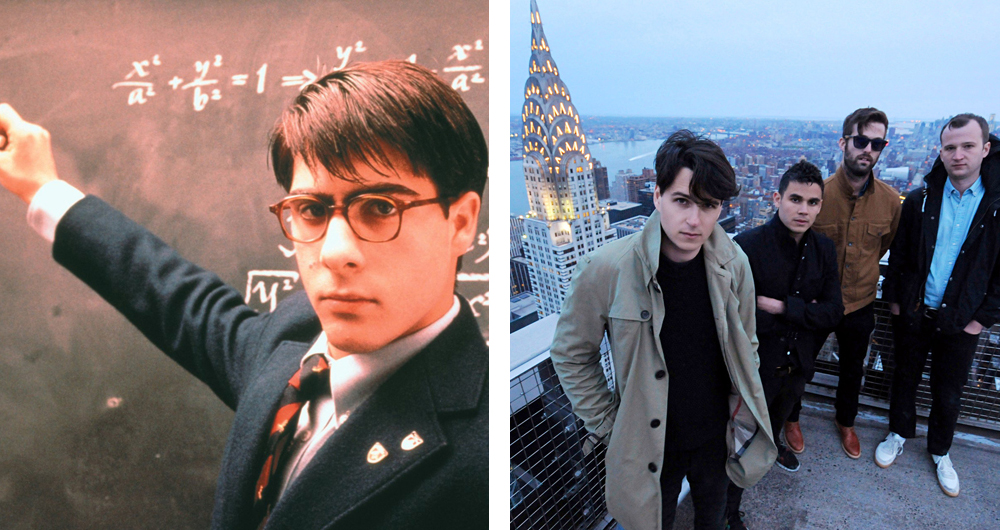 In retrospect, Wes Anderson’s second feature film, “Rushmore,” looks like something of a blueprint for what we all know as a “Wes Anderson film.” From the visually-inspired, diorama-like set pieces to the montages set to British Invasion hits, “Rushmore” is the film where Anderson truly came into his own, with the idiosyncratic qualities that weren’t as readily apparent in his first feature, “Bottle Rocket.” Since its release in 1998, “Rushmore” has grown from a modest cult hit into one of the most revered films of the 90s. And for those of you who didn’t know, Wes Anderson has since become one of the greatest, most well-respected directors working today.

Max Fischer (played by Jason Schwartzman) is the eccentric misfit of Rushmore Academy, a prep school set in a somewhat heightened reality. Everything and everyone is consciously theatrical. More than a few characters dress like characters you’d find in a mid-20th century British film. They appear to take cues from old stories ripped from “The New Yorker.” Despite all of the style and obvious influences, however, “Rushmore” never falters beneath the weight, particularly due to its witty sense of humor, the story and narrative arc, the fleshed-out characters, and the undercurrent of sadness that runs throughout.

The focus of “Rushmore” is set on adolescence and all of the messy feelings that encompass it. When Max meets and subsequently falls in “love” with Rosemary Cross (played by Olivia Williams), a teacher at the school, he develops a furious desire to reach adulthood. Max also strikes up a friendship with Herman Blume (played by Bill Murray), a rich industrialist who is a portrait of the soul-crushing effects of adulthood. Max, at times, plays this role of adult, outwardly befriending people of an older age. By surrounding himself with these “adults,” however, he only manages to highlight the sadness of adulthood, filled with lonely people who strive towards those youthful days of innocence and optimism.

The world that Vampire Weekend conjures on the album (much like the one Wes Anderson creates) is something of a fantasy, a vivid, detailed, and well-dressed reality slightly different from our own. On first listen, the songs feel too easy, as if they simply poured from the mouths of some well-read college students lounging on the lawn in cream-colored collared shirts. That doesn’t mean, however, that you should let that seemingly fun, uncomplicated nature breeze by. Sure, the music is all very airy and pleasant, some songs are tinged with a sense of youthful joy and rebellion, and the lyrics are witty and wry, but, like “Rushmore,” “Vampire Weekend” has an undercurrent of emotions running beneath its sleek surface.

“Vampire Weekend,” much like any number of classic stories from “The New Yorker,” presents characters or portraits of wealth and then proceeds to dissect them with biting wit. They tackle topics from bragging about money to “collegiate grief” and more in such a way that could only come from a certain understanding of the culture. Through it all, despite the flourishes and the well-educated language, there seems to be a sadness that lingers, one borne of the adulthood.

I’ve always found it interesting that “Vampire Weekend” ends with “The Kids Don’t Stand a Chance,” which caps off the album quite perfectly. The repetition of the notion or idea that “the kids don’t stand a chance” only seems to invigorate feelings of motivation and drive. It’s similar to when you tell a child not to do something, which only perpetuates the likelihood that they are going to do it. Perhaps “Rushmore” is the same in that it presents a number of sad, lonely adult characters not to warn of the compromises of adulthood but, instead, to motivate the young characters to strive for something more.

The Climax: The Dance and “The Kids Don’t Stand a Chance”

The soundtracks to Wes Anderson’s films are masterful. The final scene of “Rushmore,” which is set at the school dance and brings together characters both young and old, is already beautifully and perfectly soundtracked by Faces’ “Ooh La La” (about the knowledge that comes with age), but when set to “The Kids Don’t Stand a Chance,” it creates a more hopeful dialogue between the different age groups.

Enter to win tickets to see Trio Da Kali at The Villa Victoria Center of the Arts (Newton, MA) on April 10th. END_OF_DOCUMENT_TOKEN_TO_BE_REPLACED

END_OF_DOCUMENT_TOKEN_TO_BE_REPLACED

Enter to win tickets to Rhye at The Paradise on February 28th. END_OF_DOCUMENT_TOKEN_TO_BE_REPLACED

Her new album has been pushed back, but we have Kimbra’s new single for you. END_OF_DOCUMENT_TOKEN_TO_BE_REPLACED

The folk duo returns with a new record this week. END_OF_DOCUMENT_TOKEN_TO_BE_REPLACED

Now that we’re done looking back at 2017, let’s look ahead at 2018. END_OF_DOCUMENT_TOKEN_TO_BE_REPLACED

Our first Song of the Week for 2018. END_OF_DOCUMENT_TOKEN_TO_BE_REPLACED

In a year when so many things were off, the music was right on. END_OF_DOCUMENT_TOKEN_TO_BE_REPLACED