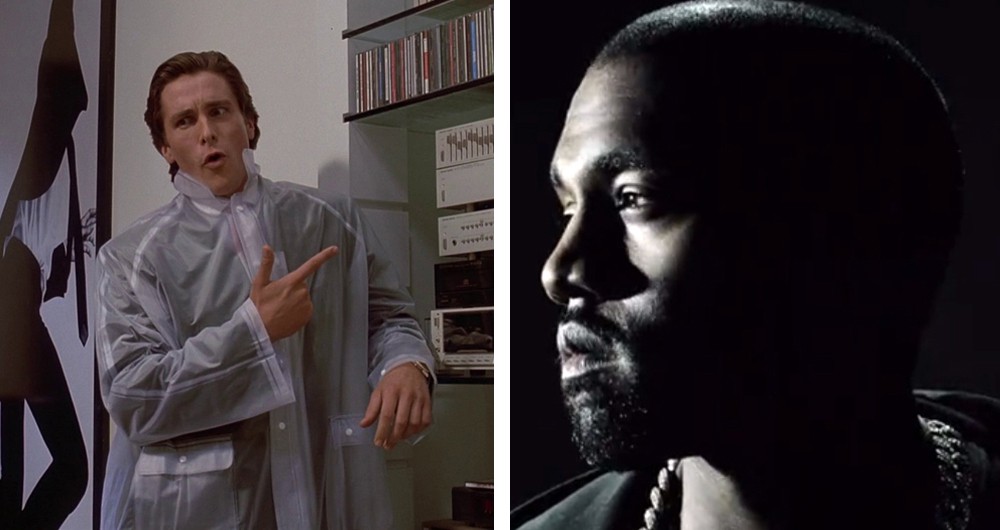 “I think my mask of sanity is about to slip.”

American Psycho, based on the controversial Bret Easton Ellis novel of the same name, was a project that was passed around for years, from the likes of Oliver Stone to David Cronenberg, until it finally landed in the hands of director Mary Harron. Harron was a curious but decidedly brilliant choice for a number of reasons.

For one thing, she only had one film under her belt, the indie I Shot Andy Warhol, which won some acclaim but wasn’t really a critical darling. What truly made her an interesting choice, however, was the fact that she was a female director tackling material that could be seen as aggressively masculine and misogynistic. Ellis’s satirical portrait of ’80s yuppie culture, with the wealthy investment banker/bloodthirsty serial killer Patrick Bateman at its center, portrays women as either vapid pill-poppers, prostitutes, bothersome fiancées/girlfriends, or victims of sexual abuse/violence.

Unfortunately, more often than not, when a work of fiction includes offensive material, it’s seen as a celebration or endorsement, rather than a mere depiction or means of social critique. Fortunately, Harron saw the potential in the provocative material of American Psycho and let it fly, employing it as a way of cutting through the petty neuroses, superficiality, and bullshit masculinity of the male characters. The film’s cold, sleek sense of Kubrickian remove only enhances the material, emotionally distancing the audience from these despicable characters and leaving us at a better place to observe and dissect them.  It also ends up being utterly, disturbingly hilarious.

At the center of American Psycho‘s extended cast of sophisticated/soulless characters sits Patrick Bateman, brilliantly played by Christian Bale. Patrick is successful, eats at the trendiest of restaurants, and just so happens to be a mass-murderer fueled by insanity, vanity, anxiety, and delusion. Superficial status markers can send him over the deep end, from dinner reservations to business cards.

He hides a deep misanthropy beneath a pearly white smile and a stylish suit, endlessly judging and competing against his colleagues and “friends.” He is a man who is losing control. He is, in a sense, just like all of us, except he’s driven almost entirely by id. What would we all be like without ego? Patrick Bateman may be the answer. He is a representation of humans at their worst, acting on the darkest of impulses.

Before Kanye West’s 2013 album was released, there were rumors that the album would be called ‘Black American Psycho.’ While those rumors were quickly shot down, it is certainly telling, particularly after you see the promo video for Yeezus, which is essentially a shot-for-shot remake of the iconic ax murder scene in American Psycho. This time around, however, the “actors” are E! stars and the topic of discussion isn’t Huey Lewis and the News but a Mr. Kanye West.

Yeezus is one of most deliberately provocative albums of all time from the most provocative artist of his time, from its title to track titles like “Black Skinhead” down to its subject matter, which ranges from comparing apartheid to courtside seating at a basketball game to salacious remarks like, “put my fist in her like a civil rights sign.” The album is an attack on all fronts, combative and perverse, driven by aggression, egomania, and male id.  It takes what everyone seems to dislike about Kanye West and puts it front-and-center, almost challenging them to enjoy it. And the music itself certainly helps, serving up an aural assault of the highest order, composed of harsh, razor-sharp beats and a cool sense of minimalism.

Despite receiving a mix of praise and scorn upon its release, Yeezus has generally come to be seen as a modern masterpiece, but you may wonder why.  Why did a film like American Psycho (which deals in many similar ideas and themes) receive more scorn than praise, while Yeezus received more praise than scorn? I have an idea why.

In my opinion, Kanye West has the sensibilities less of a rapper and more of a film director. His true gift is his ability to bring together many disparate elements into a vision wholly his own, with a keen focus on style, tone, and evocative mood and imagery. Each of his albums can be seen as a film that he has written, directed, and starred in, playing a different role each time.  In Yeezus, he plays a hostile caricature of himself, an unrestrained id that can be nasty, terrifying, and funny.

Much of that could be ascribed to the character of Patrick Bateman, but unlike Bateman, the “Kanye West” in Yeezus is also driven by a righteous rage fueled by race. Bateman is a portrait of young white privilege, while West is a portrait of a man who pulled himself up by his bootstraps and developed a taste for wealth and power and later received it. Despite this fact, he is still forced to grapple with racism and questions of race, questions which he is certainly not afraid to ask.

Kanye West works with a purpose, with Yeezus as a depiction (and not a celebration) of a man being pushed to the breaking point by the claustrophobic structures of a white America. The “Kanye West” in Yeezus may resemble the character of Patrick Bateman in some respects, but Bateman lacks something that West knows far too well: humanity.

Enter to win tickets to see Trio Da Kali at The Villa Victoria Center of the Arts (Newton, MA) on April 10th. END_OF_DOCUMENT_TOKEN_TO_BE_REPLACED

END_OF_DOCUMENT_TOKEN_TO_BE_REPLACED

Enter to win tickets to Rhye at The Paradise on February 28th. END_OF_DOCUMENT_TOKEN_TO_BE_REPLACED

Her new album has been pushed back, but we have Kimbra’s new single for you. END_OF_DOCUMENT_TOKEN_TO_BE_REPLACED

The folk duo returns with a new record this week. END_OF_DOCUMENT_TOKEN_TO_BE_REPLACED

Now that we’re done looking back at 2017, let’s look ahead at 2018. END_OF_DOCUMENT_TOKEN_TO_BE_REPLACED

Our first Song of the Week for 2018. END_OF_DOCUMENT_TOKEN_TO_BE_REPLACED

In a year when so many things were off, the music was right on. END_OF_DOCUMENT_TOKEN_TO_BE_REPLACED