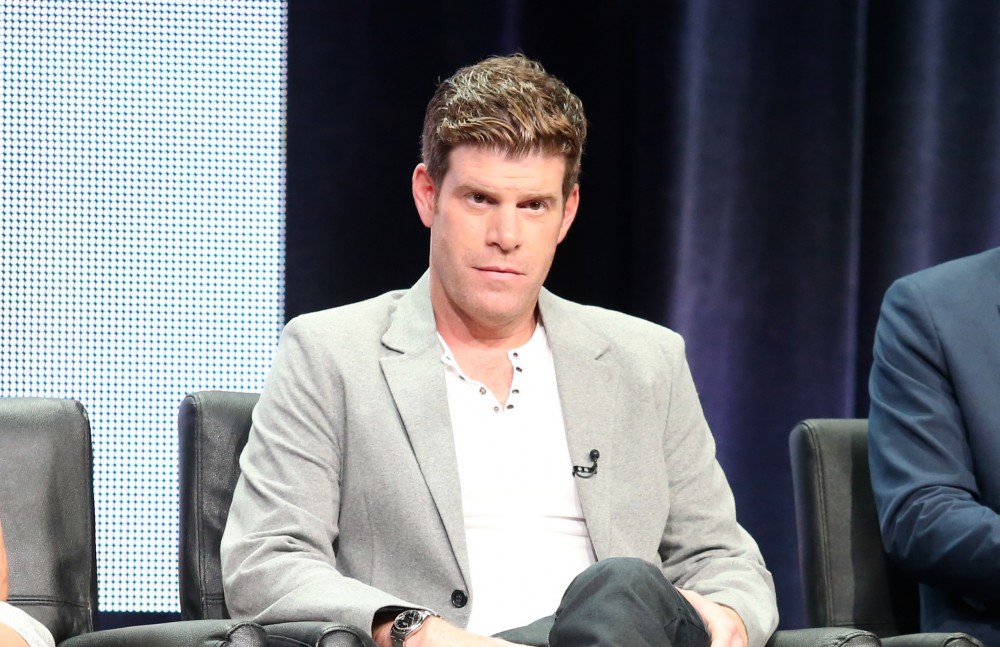 Comedian Steve Rannazzisi, best known for playing Kevin on FXX’s fantasy football comedy The League and his role in a series of Buffalo Wild Wings commercials, admitted to lying in a series of interviews about escaping the World Trade Center during the 9/11 attacks .

As The New York Times reports, when confronted with evidence that his story of working as an account manager at Merrill Lynch on the 54th floor of the South Tower on 9/11 was false, Rannazzisi admitted to fabricating the entire account.

“I was not at the Trade Center on that day,” he said in a statement provided by his publicist, Matthew Labov. “I don’t know why I said this. This was inexcusable. I am truly, truly sorry.”

“For many years, more than anything,” he said, “I have wished that, with silence, I could somehow erase a story told by an immature young man. It only made me more ashamed. How could I tell my children to be honest when I hadn’t come clean about this?”

In a 2009 interview on the popular podcast WTF with Marc Maron, Rannazzisi describes being in the Merrill Lynch offices in the World Trade Center’s south tower. When the first plane hit the north tower, Rannazzisi says he walked outside to investigate.

“So I went downstairs, walked outside, saw all the pandemonium,” Rannazzisi said. “And then about five or six minutes later, and then it just… bang.”

When Maron asked him about how he was emotionally affected by being so close to the attacks, Rannazzisi cited recurring dreams and the worries he had about his then-girlfriend.

“I still had dreams, of like, you know, those falling dreams,” he said. “My wife, who was my girlfriend at the time, worked on the 24th floor, and I didn’t know where she was for like, seven hours.”

Rannazzisi also said that 9/11 attacks were the impetus for him moving to LA to pursue his dream in comedy.

“We went up to the roof of our building, we smoked a joint and then decided we are going to leave,” he told Maron.

As The Times reports, Rannazzisi never worked at Merrill Lynch, and was working in Midtown on 9/11. His wife, according to the statement issued by Rannazzisi’s publicist, was scheduled to work that day in the World Finance Center, not the World Trade Center.

Rannazzisi told a similar story to comedian Pauly Shore with his wife and newborn child at his side.

In later years, he seemingly sought to downplay the story. As noted by The Times, in 2011, he told the podcast Sklarbro County that he had talked about his experience before, but didn’t want anyone to think he was “cashing in” on the tragedy. And in 2013, he changed his story entirely, telling CBS Sports Radio that he had been downtown at the time, but that his girlfriend had been there.

According to The Times, Buffalo Wild Wings was reevaluating the company’s relationship with the comedian.

“We are disappointed to learn of Steve’s misrepresentations regarding the events of September 11, 2001,” Buffalo Wild Wings said in a statement Tuesday night. “We are currently re-evaluating our relationship with Steve pending a review of all the facts.”

Rannazzisi also has a one-hour Comedy Central special, “Breaking Dad,” that is scheduled to air Saturday at 11 PM.

Rannazzisi did not respond to The Times‘s request for comment, but in his statement expressed regret for his actions.

“It was profoundly disrespectful to those who perished and those who lost loved ones,” he said. “The stupidity and guilt I have felt for many years has not abated. It was an early taste of having a public persona, and I made a terrible mistake. All I can ask is for forgiveness.”