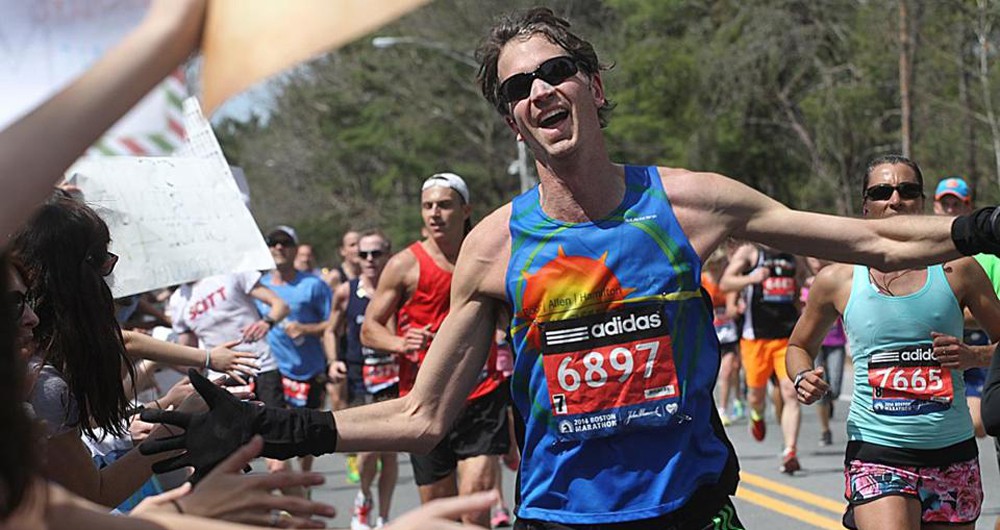 This week, Divest Harvard turned up for Harvard Heat Week, spending more time than they have in the past with actions, sit-ins, and calls for Harvard to divest from fossil fuels and instead turn towards renewable energies and a sustainable future. According to Mariel A. Klein of the Harvard Crimson, “Demanding that Harvard divest its $35.9 billion endowment from fossil fuels, the activist group has blocked the staff entrances to Massachusetts Hall, where Faust keeps her office, and also targeted University Hall and the Harvard Alumni Association.”

Klein’s article, published last night on the paper’s website, tracks down administrators, such as Faculty of Arts and Sciences Dean Michael D. Smith, who said that, in response to the protest, he was “just wandering around campus; it’s good exercise.” The piece notes that many administrators have worked around the protests, with one Dean even setting up in the lobby of the Charles Hotel.

Harvard President Drew Faust released a statement Thursday night, critical of the week-long action because of “the substantial disruption your activities have caused,” according to the Harvard Crimson.

Wellesley Prepares to Support Their Own on Monday

The energetic “Scream Tunnel” of Mile 13 will be full of embrace and energy on Monday as runners in the Boston Marathon pass Wellesley College, according to Ivy Jiang of the Wellesley News. The school’s Director of Sports Performance and Fitness, Rebecca Kimball, will be participating in the marathon, with Jiang citing the school’s new Keohane Sports Center as a huge help for Kimball’s training. According to Jiang, Kimball “sustained a left foot injury” after participating in a 21 mile run from Hopkinton to BC.

“The whole emotional support crew that I have at Wellesley is great,” says Kimball in the piece, continuing, “They have been checking in, making sure I am okay, especially when I get injured. They have given me the resources and motivation that I need to keep going. It is one of those things where it is like, ‘How many days left? How many days left?’ It’s been a pretty amazing process.”

As many are aware, the Wellesley cheering team has long since been noted for its enthusiasm:

Boston’s lack of affordable housing has caused a shift after the city called on colleges and universities to build more residence halls for their students, and according to Katherine Merwin of the Daily Free Press, “More on-campus housing is available to Boston college students than before.” Merwin takes a look at a report released by Mayor Walsh’s office last week, which reveals that “In fall 2014, Boston colleges and universities added 1,395 dormitory beds.”

Merwin notes the number of off-campus undergrads from last Fall: “Only 673.” The drop in off-campus numbers is sure to put a smile on the faces of many residents of Brookline and Allston.

“About 20 employees from Suffolk’s facilities department and a representative from their union gathered in 73 Tremont Wednesday afternoon seeking answers from administration regarding their contracts” Sam Humphrey and Thalia Yunen of the Suffolk Journal wrote this week, as the university is deciding whether or not to contract out its facilities operations.

“They are refusing to meet with us,” Roxana Rivera, director of District 615 of the 32BL-SEIU union told the Journal before SU Police removed the employees from the building located across from One Beacon.

One facilities employee, who asked to remain anonymous, told the Journal that the lack of communication is “really scary for us” because their need to support their families.

Suffolk University spokesman Greg Gatlin released a statement, maintaining that “We will require any potential contractor that is brought in to hire all of the current union facilities workers, and all of these facilities jobs will remain union jobs going forward.”

While many have called out Davis since a video of her refusing to issue a marriage license to Rowan County residents David Moore and David Ermold went viral in July, relationship columnist and gay activist Dan Savage went a step further on MSNBC Tuesday night, saying that “this is about someone hypocritcally looking to cash in”. He added: “And she is a hypocrite.” END_OF_DOCUMENT_TOKEN_TO_BE_REPLACED

END_OF_DOCUMENT_TOKEN_TO_BE_REPLACED

David Filipov was part of the team that headed up the Boston Globe/Fox25 Olympic Debate last night. He offered his takeaways and analysis after an update on the latest exchange between Governor Baker and the USOC. All in all, our conversation does a pretty good job of getting you up-to-speed on all things Boston2024. END_OF_DOCUMENT_TOKEN_TO_BE_REPLACED

END_OF_DOCUMENT_TOKEN_TO_BE_REPLACED

Taxi driver Victor Perez Cardona didn’t want the traditional coffin for his wake. Instead, he wanted to be in his cab.
END_OF_DOCUMENT_TOKEN_TO_BE_REPLACED