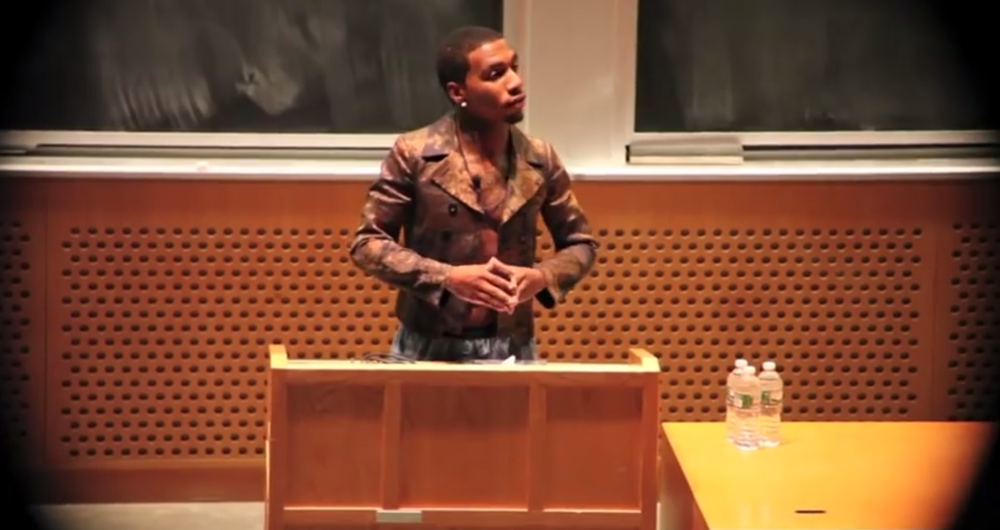 “Boston University’s leading satirical Tumblr page” was denied the chance to collaborate with the Daily Free Press on an April Fools’ joke this year, according to said page, the Bunion. In “Student Newspaper Thinks It Can Be Funny Without Us,” posted on the Bunion’s Tumblr page, and reposted on others’ Tumblr pages, the satirical Tumblr page offers screenshots of a two e-mail correspondence between the two news sources. “I talked it over with the staff and our board, and we’re actually going to work on producing all our own content for this year,” writes the censored editor of the Freep.

The piece quotes former Bunion Editor-in-Chief Kevin Helms, who said “This tragedy would have never occurred under my watch. Clearly, some sort of schism happened within BU’s two leading authorities on President Brown’s latest fuckups.”

The piece also states that “The Bunion’s current editors issued a statement via a series of Tumblr GIFs with quotes at the bottom that condemned the Free Press’ decision, but also conveyed a mutual sense of respect.”

MIT Undergraduate Association President Shruti Sharma has come under fire after the UA Judicial Board deemed a transaction authorized by Sharma as “constitutionally inappropriate,” according to William Navarre of the The Tech. The transaction? Payment to rapper Lil B for his lecture at the school last November.

Navarre writes, “Sharma said she was under time pressure to authorize the funds amid confusion over whether MIT was already under contract to pay Lil B.” According to the article, Sharma’s confusion “prevented Sharma bringing the issue before Council.” The UA Treasurer Ryan A. McDermott hadn’t had any communication with Sharma before she signed off on the $12,500. Navarre says of McDermott, “he did not know that the UA had funded rapper Lil B’s lecture until he ran a transaction report on the UA’s umbrella account in January.”

Further, Navarre writes that Sharma “had authorized the expenditure after a student falsely claiming to be a member of the Black Student Union (BSU) requested the funds from the UA. The student, in fact, had only signed up with the BSU at an activities midway.”

To get an idea of why the payment was “constitutionally inappropriate,” Navarre states that UA had $5,000 in their discretionary budget for the Fall of 2014. That’s less than half the cost of the lecture.

Harvard’s Dean of the College Rakesh Khurana attended a second confidential meeting with members of unrecognized Final Clubs on Monday, according to Theodore R. Delwiche of the Harvard Crimson. According to Delwiche, the meetings with administrators are held regularly and that Monday’s meeting focused on safe drinking, hazing prevention, and a dialogue with Khurana.

Delwiche also notes that “History professor Alison F. Johnson, who led a faculty committee that updated the Faculty of Arts and Sciences’s Title IX procedures, attended the first meeting with male final club leaders, but not the one with female counterparts. She talked about the policy with attendees, she confirmed Tuesday.”

Meanwhile, Brianna J. Suslovic and Jordan T. Weiers pen an editorial in the Crimson this week calling for the dismantling of Final Clubs. They write that “Being a final club member signifies fitting into an elite social circle that rejects subpar classmates. The clubs foster de facto sexual violence, racism, and class domination.”

Suslovic and Weiers write, “Our concern is this: the clubs’ elite membership go on to run the world in the image of how they understand it—through the narrow lens of exclusion. Harvard commends itself on valuing diversity and inclusion. We must not tacitly tolerate institutions that facilitate such damaging social spaces.”

From last Monday to next, students at Boston University will be voting to decide who will represent them in the SG Senate, and, among other things, whether or not Boston University “should divest from fossil fuel investments,” according to Olivia Quintana of the Daily Free Press. However, as Quintana writes, the question “will not have any legislative or immediate effect.”

While many have called out Davis since a video of her refusing to issue a marriage license to Rowan County residents David Moore and David Ermold went viral in July, relationship columnist and gay activist Dan Savage went a step further on MSNBC Tuesday night, saying that “this is about someone hypocritcally looking to cash in”. He added: “And she is a hypocrite.” END_OF_DOCUMENT_TOKEN_TO_BE_REPLACED

END_OF_DOCUMENT_TOKEN_TO_BE_REPLACED

David Filipov was part of the team that headed up the Boston Globe/Fox25 Olympic Debate last night. He offered his takeaways and analysis after an update on the latest exchange between Governor Baker and the USOC. All in all, our conversation does a pretty good job of getting you up-to-speed on all things Boston2024. END_OF_DOCUMENT_TOKEN_TO_BE_REPLACED

END_OF_DOCUMENT_TOKEN_TO_BE_REPLACED

Taxi driver Victor Perez Cardona didn’t want the traditional coffin for his wake. Instead, he wanted to be in his cab.
END_OF_DOCUMENT_TOKEN_TO_BE_REPLACED