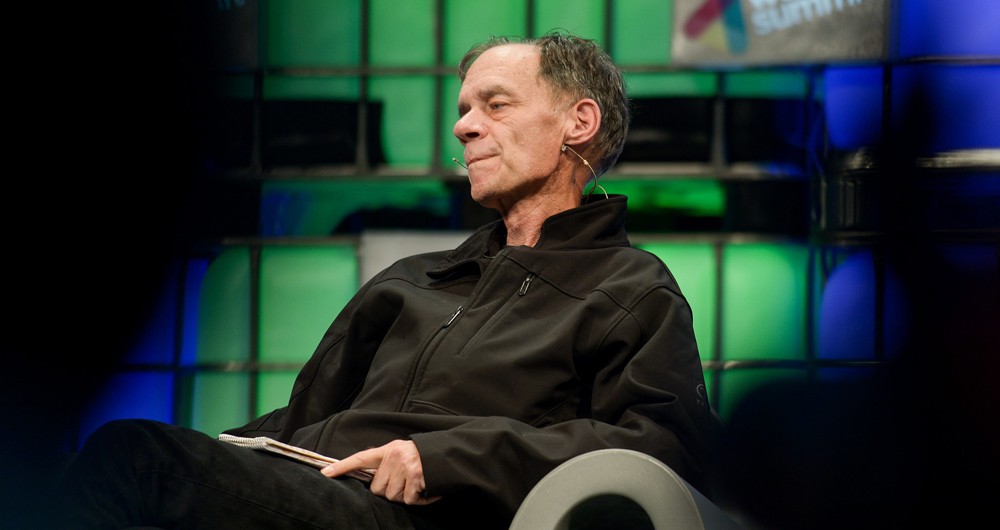 While Brian Williams has been placed on suspension and Jon Stewart announced his intentions to leave the Daily Show later this year, the greatest loss in journalism occurred last night when the New York Times announced that media columnist David Carr had passed away in the newsroom during the evening. Carr worked his way up, from local news, alternative weeklies, and eventually national outlets, to become well-known for writing stories that struck chords in the minds and hearts of readers and writers across the country and all over the world. Carr began teaching at Boston University a year ago, according to Carr’s obituary in the Daily Free Press, written by Mina Corpuz.

Those who remember Carr note that he was one of the most empathetic and heartwarming conversationalist, often taking time to talk to journalists, students, and even their children. As the Daily Free Press collected memories and quotes from those who interacted with him on campus, a quote by COM professor Chris Daly really resonates: “He was really focused on becoming the best teacher he could be. He had a strong commitment to his students. He knew them by name, and he showed a parental concern for each of them. He was a giver, and there are so few of those.” Carr’s 2008 memoir The Night of the Gun reveals his battle with addiction and how he went from constantly screwing up to his invitation to start writing for the Times. It’s a message that resonated in the minds of young journalists, giving them the hope and motivation to become the best that they could be.

Carr’s syllabus for his Fall 2014 class, “Press Play,” is available online for all to see, follow, and educate themselves. Carr was an idol to many, and a huge blow to the journalism industry.

Related: Students of Carr’s reflect on Boston.com, The late David Carr on teaching at BU, journalism.

Not really apropos of anything, but when I reviewed Page One I dissed everything except the David Carr parts: http://t.co/rBWbwS5eyx

Around 30 students associated with Divest Harvard, a group that has butted heads with Harvard President Drew Faust over the past year, participated in a sit-in outside of her office lasting from 10 a.m. yesterday morning through the evening, according to Mariel A. Klein and Theodore R. Delwiche of the Harvard Crimson. The group calls “upon Harvard to divest from the top 200 publicly-traded companies that own the majority of carbon reserves and reinvest in socially responsible funds,” according to their Facebook page. According to the Crimson, Jeff Neal, Faust’s spokesperson, released a statement in the afternoon calling the sit-in “disrespectful and coercive interference.” The group’s numbers began to fall after “HUPD officers said non-Harvard affiliates could face criminal charges for trespassing,” reports the Crimson.

At 5+ hrs in, we’re not leaving here for another closed-door meeting. We will continue to peacefully sit-in! pic.twitter.com/eU1jy0RVOS — Divest Harvard (@DivestHarvard) February 12, 2015

The Harvard Crimson staff penned an op/ed published on their website last night condemning the protest. Going further, they wrote that “Fossil fuels represent only about 0.2 percent of Harvard’s $36.4 billion portfolio, and Harvard’s largest investment in a fossil fuel company, Anadarko Petroleum, clocks in at near 0.1 percent of that company’s value. To assert that divestment would generate public pressure against these companies seems naive.” The editors also note that “Divest Harvard’s latest tactics—from the videotaping of University President Drew G. Faust to yesterday’s sit-in—only prevent open discussion and impede Harvard’s important educational and social mission.  They sideline the debate and distract from the real goal of combating global warming.”

Harvard’s planned expansion into Lower Allston may include spaces to be used for artists and musicians’ performance and practice, according to Karl M. Aspelund and Meg P. Bernhard of the Harvard Crimson. According to the article, “Although very early in conceptualization, rehearsal spaces could be utilized by other Harvard affiliates and the Allston community as well as for ART productions, according to Anna C. Fitzloff, director of marketing and communications at the ART.”

While subtly noted, Allston is in need of community arts spaces, especially all-ages venues that detract from the current bar-venue culture associated with the city’s music scene. Harvard, if they are truly committed to bettering communities that they build in, could possibly hit a home-run by providing these spaces in and around Barry’s Corner.

BC Gives Some Love Left of the Dial

BC Heights this week profiles the student-run college radio station, WZBC. Writer Summer Lin delves into the history of the station, from the WVBC days in the 1960s, to the eventual WZBC-Newton rebranding in 1974. The station, located at 90.3 FM, plays a great deal of underground, experimental, and local music. “In recent years, Boston local radio has leaned towards pop rock influences. The shutdown of the WFNX station meant that the Boston community lacked an underground music presence that WZBC eventually filled,” Lin writes.

Enter to win a pair of tickets to attend The Hess Collection Seminar and Dinner as part of Boston Wine Festival 2018 at the Boston Harbor Hotel on Wednesday, March 14th. END_OF_DOCUMENT_TOKEN_TO_BE_REPLACED

Boston band Funeral Advantage is Tyler Kershaw. And Tyler Kershaw had a fun childhood, so it seems. END_OF_DOCUMENT_TOKEN_TO_BE_REPLACED

Perry put me on to daephne and the album blew my mind. END_OF_DOCUMENT_TOKEN_TO_BE_REPLACED

While many have called out Davis since a video of her refusing to issue a marriage license to Rowan County residents David Moore and David Ermold went viral in July, relationship columnist and gay activist Dan Savage went a step further on MSNBC Tuesday night, saying that “this is about someone hypocritcally looking to cash in”. He added: “And she is a hypocrite.” END_OF_DOCUMENT_TOKEN_TO_BE_REPLACED