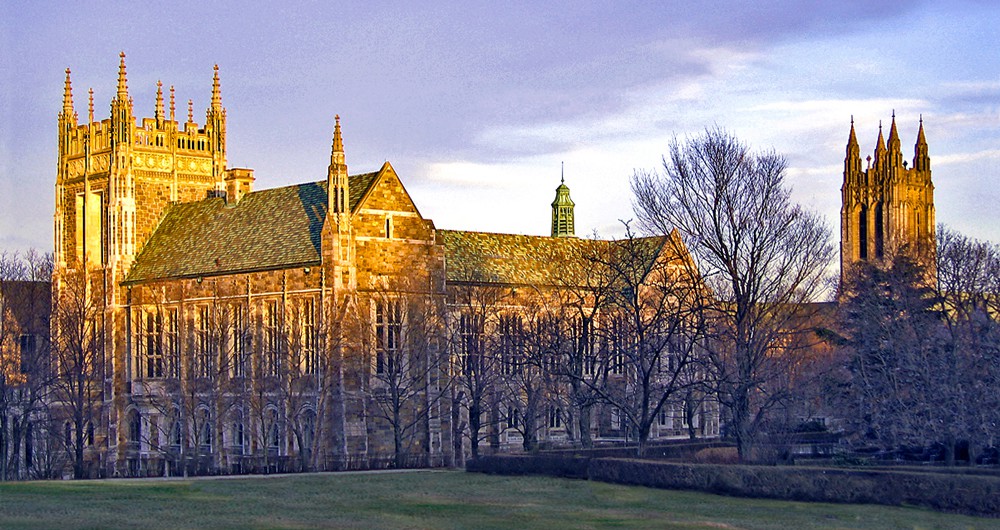 As adjunct faculties across the area continue to either form unions or re-negotiate contracts, the Suffolk Journal used their final staff editorial of the academic year to support them, specifically the adjuncts at Suffolk, as they “are preparing to terminate their contract and work with the university to create a new one.”

When living wages are hard to make, many adjunct professors seek other work to supplement their income. But, as the Journal writes, “They devote time to students even when their pay is low and job security is unstable.”

The Journal continues, “Suffolk should devote the time and effort to discuss contract negotiations civilly with the adjunct union and offer them the best job package possible. While this may entail moving around funds to pay the professors at a higher rate, these professors deserve it.”

Eleanor Hildebrandt, who served as the editor-in-chief of Boston College’s student newspaper The Heights in 2014, wrote an editorial published on the paper’s website yesterday in which she attempts to connect BC mottos such as “Men and Women for Others” and “Ever to Excel” to “the BC reality,” as she calls it.

Hildebrandt writes,”It’s nice to think that BC upholds those ideals consistently and that everyone is aligned with this sweeping, selfless vision—but that’s just not true,” before pointing out a few examples in which her school hadn’t lived up to the values that they try to instill in their students. “The president’s office remained silent last winter in the face of national anguish over the events in Ferguson, Staten Island, and Cleveland; students who had the guts to organize a nonviolent protest were rewarded with slaps on their wrists,” she writes.

She then points out that the school’s social culture can be just as close-minded as the administration. “And to be fair,” Hildebrandt writes, “the students are hardly saints either. Over four years, I’ve borne witness to a healthy measure of racism, sexism, xenophobia, stupidity, pigheadedness, and apathy.”

But, as she continues, it’s cases like these that supplement her best memories — the times when she reached a new level of understanding the world around her. Whether it was individual reflection or conversations with peers on campus, she seems to take pride in the fact that she did it at BC, along with others in her class.

Hildebrandt writes, “Those small, luminous moments with intelligent and empathetic individuals are the things that made BC, if not perfect, then worthwhile.”

Emerson Provides Perspective on Information in the Digital Age

Hunter Harris writes in an editorial published by the Berkeley Beacon this week that “Young consumers understand the cost of producing music and television shows in a way that doesn’t carry over into their understanding of the cost of producing news and information.” Harris cites a report by the American Press Institute and the Associated Press-NORC Center for Public Affairs Research’s Media Insight Project, which revealed that “although 85 percent of people aged 18-34 said that keeping up with the news is “at least somewhat important” to them, less than half of that 85 percent—only 40 percent—paid for at least one news-specific service, app, or digital subscription.”

Harris self-identifies as a journalism student at Emerson before writing about the costs of producing the news. The piece delivers a solid cross-section of a newsroom from a millennial viewpoint. Harris ends his article by saying, “Information ought to be accessible, but this accessibility isn’t synonymous with being free.”

The parents of a BU student who passed away after attending an off-campus party in March, 2013, “filed a complaint seeking wrongful death charges and financial compensation” against four former students and the national Sigma Alpha Mu fraternity, according to Mina Corpuz of the Daily Free Press.

Corpuz writes that the student, Anthony Barksdale II, was a freshman who entered the house and “was given a 1.75-liter bottle of vodka and was told to drink it himself or share it.” The complaint gives tardiness in alerting emergency services as the cause of death after Barksdale became “extremely intoxicated.”

According to Corpuz, “Members of BU Greek life participated in the first-ever mandatory alcohol training seven months after Barksdale’s death.”

While many have called out Davis since a video of her refusing to issue a marriage license to Rowan County residents David Moore and David Ermold went viral in July, relationship columnist and gay activist Dan Savage went a step further on MSNBC Tuesday night, saying that “this is about someone hypocritcally looking to cash in”. He added: “And she is a hypocrite.” END_OF_DOCUMENT_TOKEN_TO_BE_REPLACED

END_OF_DOCUMENT_TOKEN_TO_BE_REPLACED

David Filipov was part of the team that headed up the Boston Globe/Fox25 Olympic Debate last night. He offered his takeaways and analysis after an update on the latest exchange between Governor Baker and the USOC. All in all, our conversation does a pretty good job of getting you up-to-speed on all things Boston2024. END_OF_DOCUMENT_TOKEN_TO_BE_REPLACED

END_OF_DOCUMENT_TOKEN_TO_BE_REPLACED

Taxi driver Victor Perez Cardona didn’t want the traditional coffin for his wake. Instead, he wanted to be in his cab.
END_OF_DOCUMENT_TOKEN_TO_BE_REPLACED