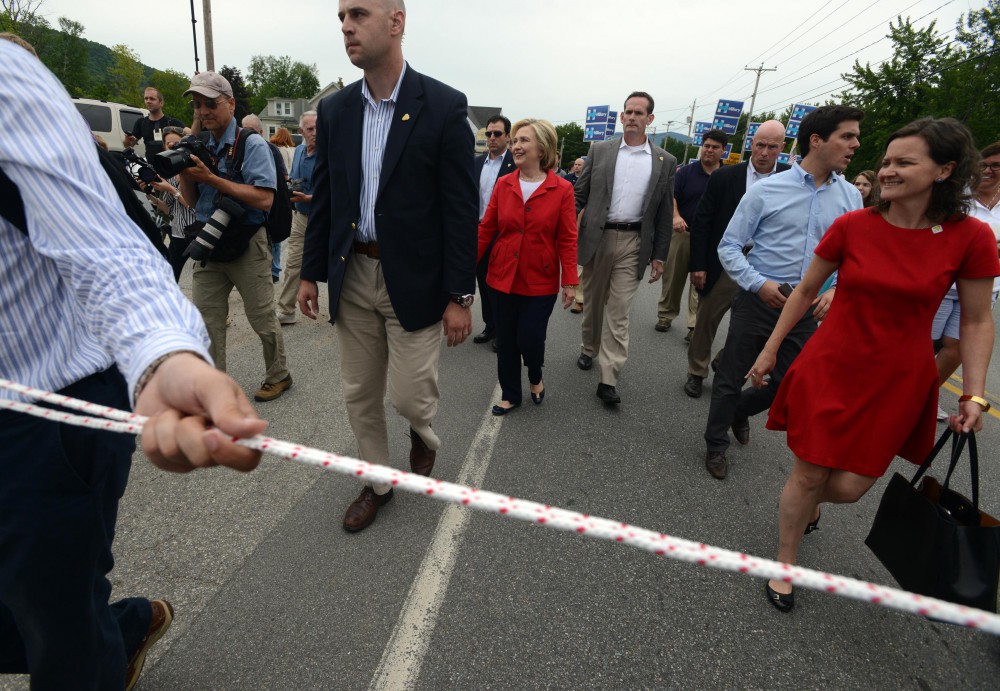 Before taking questions from the media at a campaign stop in Iowa July 7, Hillary Clinton turned to her press secretary, Nick Merrill. “Nick, is that the equivalent of a rope you have here?” Clinton asked. “I think it should come down. I don’t want anyone feeling stressed.”

Clinton’s conciliatory rope-dropping request came after three days of intense scrutiny over the use of ropes to cordon off members of the press during a Fourth of July weekend parade in New Hampshire.

Clinton’s director of communications Jennifer Palmieri stopped by MSNBC’s “Morning Joe” to comment. After the hosts spent a minute laughing at footage of the lassoed reporters rapidly backpedaling, Palmieri explained that the rope was used to allow for Clinton to connect with real voters without the press swarming her. Before she could explain any further, host Joe Scarborough cut her off, saying “We’ve talked about this too long. It was more of a joke than anything.”

After the long holiday weekend, the rope seemed to be fading from memory.

But then, Tuesday, July 7, the Republican National Committee found a video of Bill Clinton employing the same rope-a-reporter tactic during his presidential run in 1992.

The Drudge Report splashed the video across the top of its website with the all-caps headline, “CLINTONS USED THE ROPES ON PRESS IN ’92.”

Though Clinton isn’t present in the video, Drudge made sure to use “Clintons”—plural—in an effort to tie the two rope stories together.

Soon, other right-wing media outlets picked up the story, and by mid-morning July 8 it was on CNN.

Clinton has received a fair amount of flak for her unavailability to the media.

The Washington Post even went so far as to publish a running clock to keep track of how long it has been since she’s answered a question from the press. (Note: The counter hasn’t been updated to include Clinton’s sit-down interview with CNN’s Briana Keilar in Iowa City Tuesday.)

Combined with Clinton’s reluctance to turn over private emails—leading one member of Congress to speculate that she had “probably… broken the law”—the rope story is another data point for voters who consider Clinton evasive on the issues.

Joined with speculation over which wealthy locale the political couple will choose for their next vacation, it’s more ammunition for voters who consider Clinton detached from the average American.

On the other hand, voters have little sympathy for the press, with a recent Gallup poll showing that Americans are only slightly more confident in newspapers and television news than Congress. 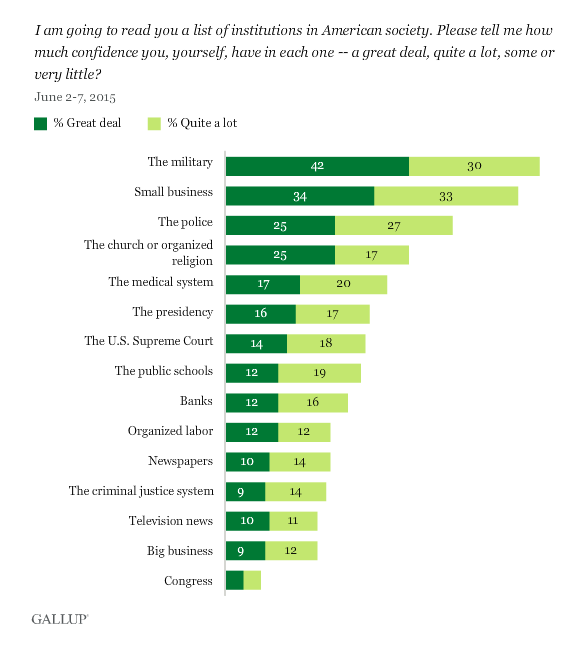 Given the public’s relative indifference toward the media’s complaints—and that the election is 488 days away—the tale of the rope will likely be a distant memory soon enough.

For now, the press can roam, rope-free.

Clinton advance aides create a rope line for the press, moving with the candidate pic.twitter.com/9S7CpVt7x4