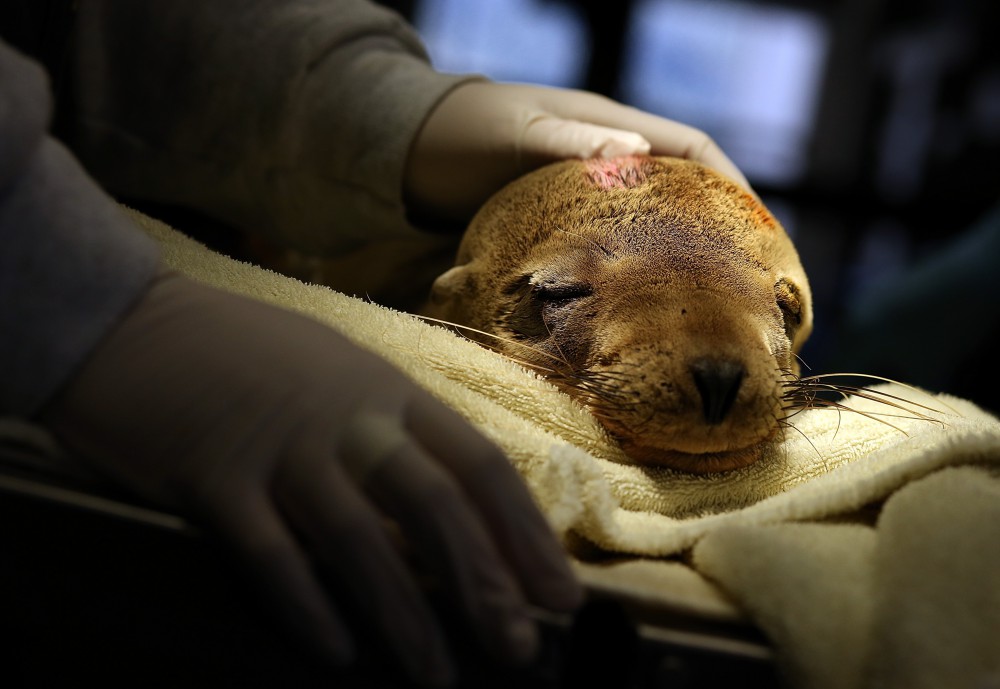 The California shores have been overcome with starving sea lion pups for the past several weeks, and professionals have speculated it may have to do with the rising temperature of ocean water.

According to a report from The New York Times, over 1,450 starving sea lions have been spotted and cared for by animal rescuers from San Francisco to San Diego (compared to 68 over the same time period last year), and there aren’t enough resources to save every cub. This year’s rate of washed up sea lions quintuples that of last year alone, and Sea World San Diego has shut down its live sea lion exhibit for two weeks in order to spare employees for rescue efforts. 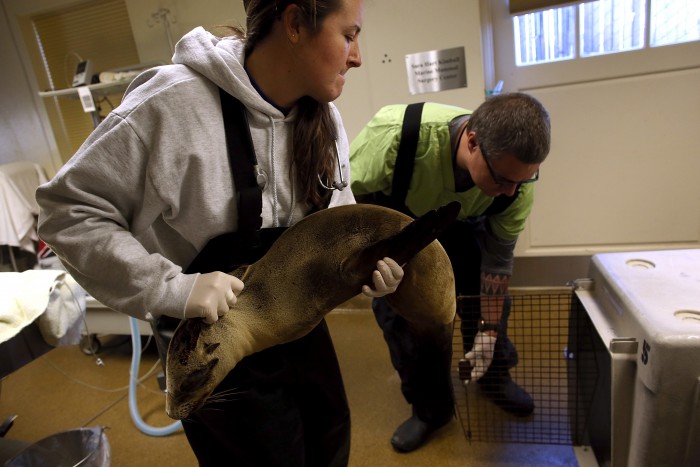 Why are these sea lion subs abandoned in the first place? It’s natural instinct – the mothers of these cubs traditionally depart from the coastal islands where their children are conceived and weaned for days at a time scavenging for food, leaving the cubs to fend for themselves. The cubs wash ashore while scavenging for food because they would otherwise drown, and have been spotted everywhere from the sands of California beaches to curled up in a flowerpot.

“There are so many calls, we just can’t respond to them all,” Justin Viezbicke, who specialized in strandings for the state of California with the National Oceanic and Atmospheric Administration, told NYT. “The reality is, we just can’t get to these animals.” 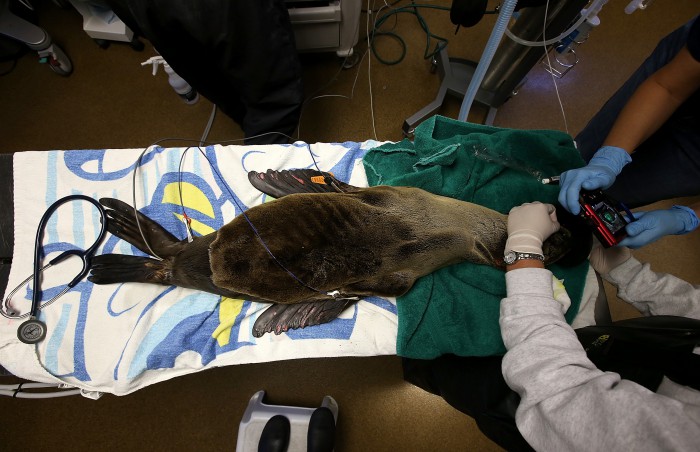 While the instinct of locals discovering sea lions is to help, many efforts made by non-professionals have proven to be misguided. Some have placed the creatures back into the water, tried feeding them various freshwater fish and even taken selfies with the dying sea lions.

Unfortunately, the death rate of the 1,450 creatures that were reported as washing up is fairly high – only 720 made it to treatment. While this doesn’t mean certain extinction, professionals are saying that this will very likely cause a significant dip in the population in the years to come if the ocean continues to heat without sea lion mothers adjusting their behavior. While some sea lions have been successfully rehabilitated and will be released into the ocean once again, others have not responded to the professional care.

Sharon Melin, a wildlife biologist with the National Marine Fisheries Service, links the increase back to the conditions of the sea lions’ habitat.

“The environment is changing too rapidly,” she told NYT. “Their life history is so much slower that it’s not keeping up.” 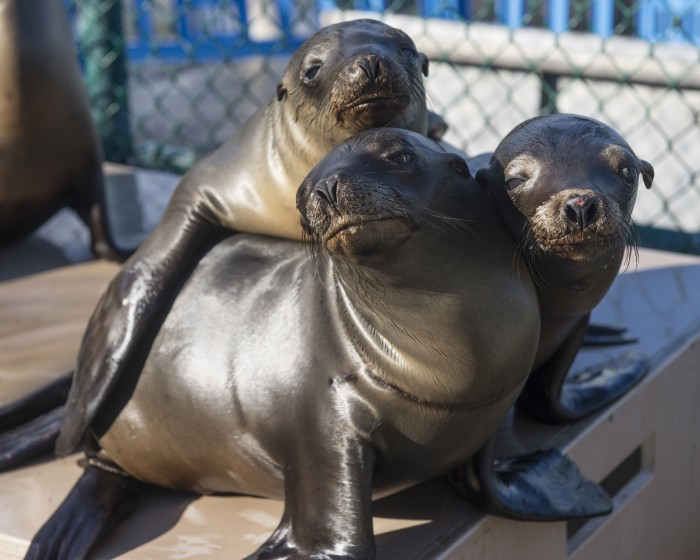 Lee Domaszowec from the Petco Foundation and Rebecca Baylies, Director of Development and Communications at Cape Ann Animal Aid, joined me to talk about Unleashed by Petco’s upcoming series of adoption events. They’ll be held at Brattle Square, Boston Common, and several adoption shelters throughout Massachusetts. Listen to get all the details! END_OF_DOCUMENT_TOKEN_TO_BE_REPLACED

END_OF_DOCUMENT_TOKEN_TO_BE_REPLACED

A new time-lapse video shows how excited Colby and Bleu — two golden retrievers — are for dinner, whether they are a mere 11 weeks old, or coming up on their first birthday.

END_OF_DOCUMENT_TOKEN_TO_BE_REPLACED

Poh, a mixed-breed dog from New York City, has been facing health problems since February.

END_OF_DOCUMENT_TOKEN_TO_BE_REPLACED

In 2007, Joshua Edwards lost his Rottweiler, Duke. Eight years later, they were reunited.

END_OF_DOCUMENT_TOKEN_TO_BE_REPLACED

One pet store replaced its animals for sale with animals from a shelter.
END_OF_DOCUMENT_TOKEN_TO_BE_REPLACED