When White House correspondent Laura Moser brought her family to meet President Barack Obama at a Passover dinner, what was the worst that could happen?

My daughter is an Internet meme! pic.twitter.com/eiuMMejkGs

Official White House photographer Pete Souza caught the moment, along with a terrific “here we go” expression from POTUS himself, in time for Moser to post it to Twitter. Unsurprisingly, people ate it up. Who hasn’t been in Claudia’s tiny shoes before?

Claudia’s frustrated boredom hearkens back to a similar incident in 2014, in which the son of a departing Secret Service agent took a nosedive into the President’s couch. 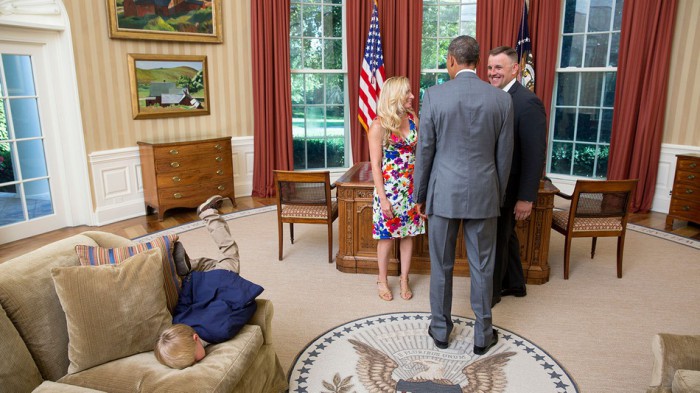