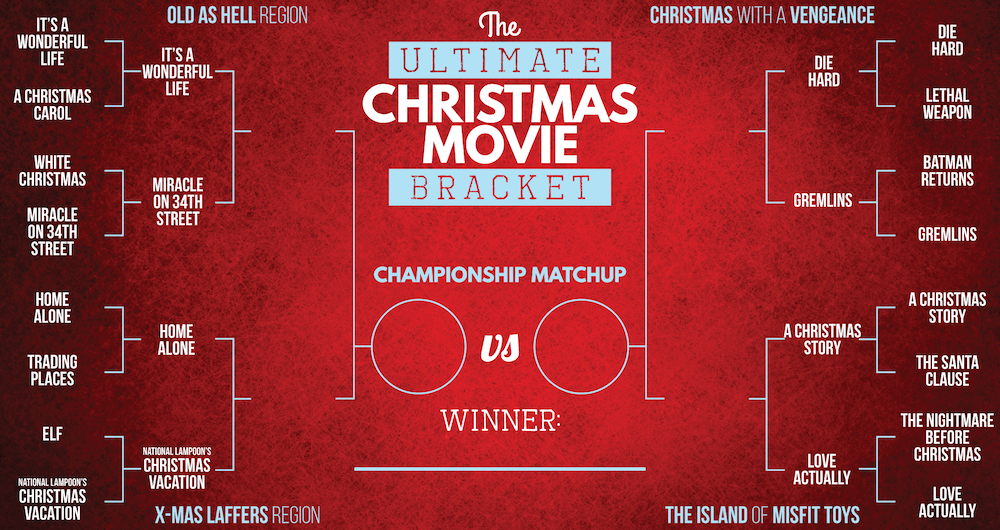 We’ve now entered Day 2 of our Ultimate Christmas Movie Bracket, meaning we’re down to the elite eight. How close was “Elf” to upsetting “National Lampoon’s Christmas Vacation” during the first day of the tournament? A lot closer than we thought it would be.

In case you missed our initial post yesterday, we started with 16 inarguable Christmas movie classics, and somehow narrowed it down to eight. Some battles were close, and some were “Die Hard.” Now that we’ve reached our final eight, there are no bad movies left. Every battle is between two titans of their respective Christmas movie subgenres. Without further ado, here are last night’s results, as well as today’s matchups. 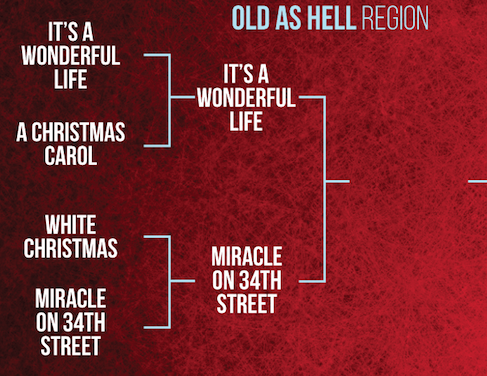 No upsets here, as the two top seeds move on. A tough break for “A Christmas Carol,” as the 1951 adaptation of Charles Dickens’ novella has a compelling argument that “It’s A Wonderful Life” wouldn’t have a second act if it weren’t for Sir Charles. Office sentiment leans heavily toward “Miracle on 34th Street,” and we love a good underdog story, but in the end George Bailey will likely roll into the final four with “Miracle” left floundering in the icy river with no guardian angel to save it. 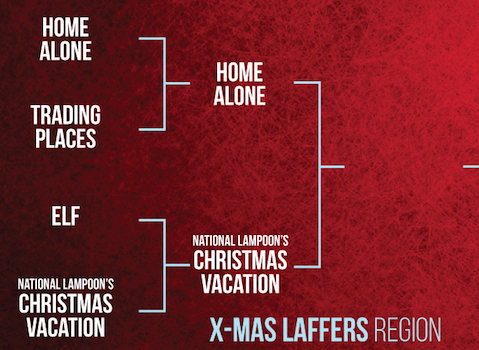 The Xmas Laffers region has rightly been called the group of death in the Boston.com offices, and it proved it with the second-closest matchup of Day One, with “Christmas Vacation” eking out the victory over upstart “Elf.” Now comes what Boston.com designer Eric Silva (who created the cool-looking bracket graphic for us) calls the hardest matchup in the entire tournament. “If there was any justice, “Christmas Vacation” and “Home Alone” would be meeting in the finals, not in round 2,” Silva wrote in an email, before begrudgingly designing the bracket the way we specified. There’s no crying in baseball, and there’s definitely no crying in Christmas movie bracketology, so you’ll have to suck it up and make an impossible choice between Clark Griswold and Kevin McCallister. 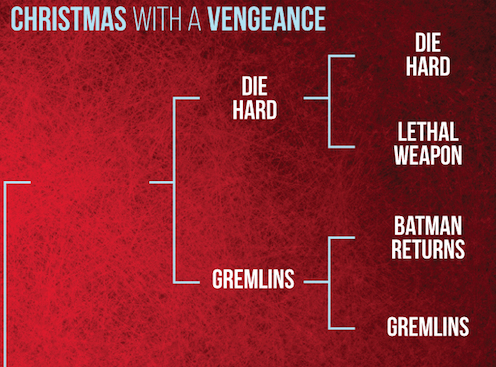 And yet another region goes chalk, with all the top seeds advancing. We thought “Batman Returns” stood a chance, but “Gremlins” dispatched Michael Keaton and Danny DeVito rather convincingly, while “Die Hard” annihilated “Lethal Weapon” for day one’s biggest blowout. Boston.com staff writer Eric Levenson suggested during the nomination process that he didn’t consider “Batman Returns” a true Christmas movie, which could have crossed voters’ minds. Regardless, it’s a battle for the ages, with John McClane ready to take on an army of Mogwai gone bad. Just remember, don’t vote for “Gremlins” after midnight. Mostly because the poll closes at midnight so your vote won’t count, but also to prevent any crazy shit from happening. 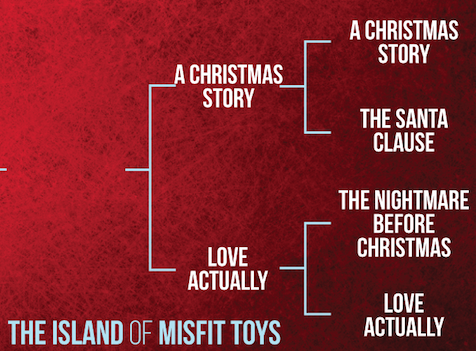 And the final region goes chalk as well. So much for bracket madness. Despite BDCwire film fanatic Tyler Cumella’s disparaging writeup of “Love Actually,” the feel-good ensemble film handled the Tim Burton-produced oddity “The Nightmare Before Christmas” in one of the other close matches of day one. After seeing “A Christmas Story” dominate “The Santa Clause” so thoroughly, it’s the odds-on favorite to advance. But don’t count out the indomitable power of love, or the world’s obsession with Colin Firth.

So there you have it. Voting will once again be open until midnight EST. so make like Al Capone: vote early and vote often.