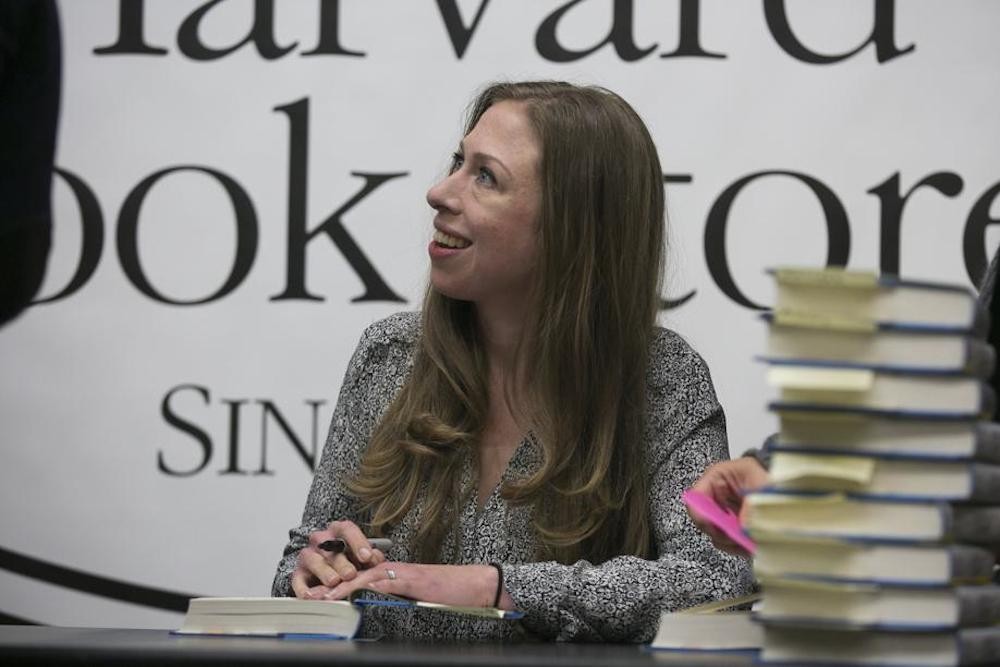 A certain candidate’s daughter just lent a helping hand to a new mother while they were en route to Boston.

Anny Deese was traveling from Philadelphia with her 4-month-old daughter, Talar, according to People, and bogged down with a stroller, carseat, and bags. Deese got stuck on the jetway, but even though she clearly had a lot to juggle, she said that people passed right by her without offering any help.

Until Chelsea Clinton came along.

On her way to Boston to make an appearance at the Harvard Book Store to promote her book, It’s Your World: Get Informed, Get Inspired & Get Going!, Clinton was on the same flight as Deese.

Join me tonight at @HarvardBooks at 6:30pm for an #ItsYourWorld signing! Hope to see you there

When the First Daughter saw that Deese was struggling, she quickly offered her help.

“She actually put all her stuff down to help me,” Deese told People. “She leans over, fixes it, and zips it up. She was so sweet and really, really nice.”

“She didn’t have makeup on, she looked completely like an average person. She was totally low-key, wearing jeans. She had long hair and a laptop bag.”

Though Deese was in coach while Clinton sat in first class, they had one more encounter before they landed in Boston.

“At the end of the flight, the baby was a little big [sic] cranky, and Chelsea spotted me,” Deese said. “She turned her head and made the ‘Aw, poor baby’ face, and I said thank you again!”