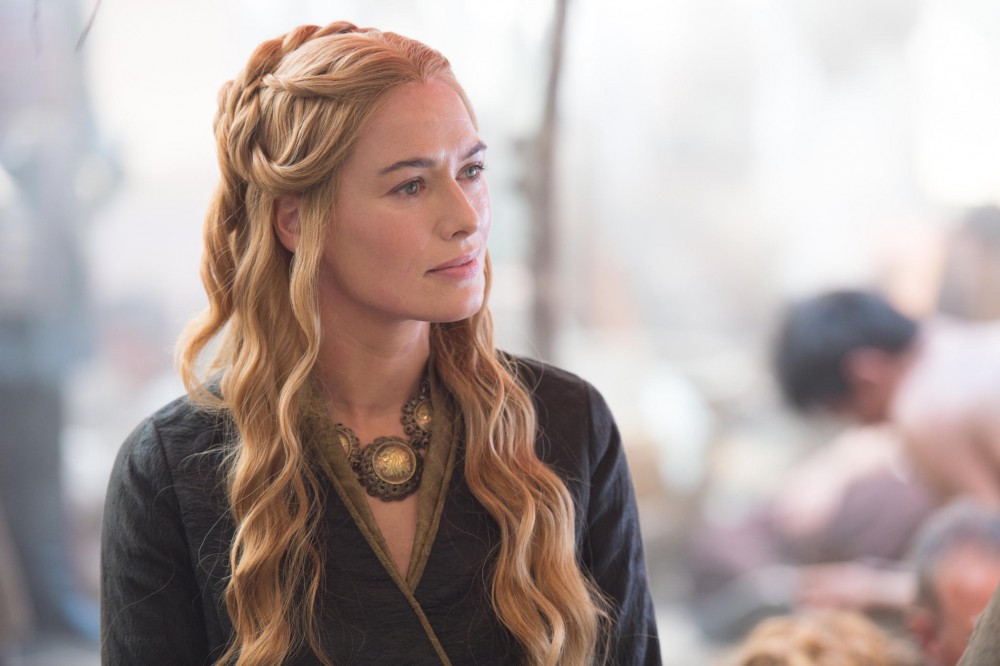 SPOILER ALERT: Major plot points of Sunday’s episode of Game of Thrones are revealed in this post.

In-laws suck and they’re even worse on Thrones.

Ice queen Cersei may have met her match in the newly wedded wife of her son, Tommen. Equally cunning and hair-conditioned, Margaery Tyrell seems to pose something of a threat to her. Even before she arrives to the wedding, Cersei’s feelings about her daughter-in-law are on display: scowling as the people of King’s Landing shout Margaery’s name from the streets.

But this tension is by no means one-sided. Margaery is just as willing as the Queen Mother to treat anyone in her life like a pawn in her game of human chess. As Tommen waxes poetic in post-coital bliss, Margaery takes advantage of the new king’s insecurities by painting Cersei as a doting lioness protecting her cub. Tommen later approaches his mother, saying that she might be happier back home in Casterly Rock.

Knowing exactly where this suggestion is coming from, Cersei goes and visits Margaery—right as the new Queen is recounting the details of (repeatedly) consummating her marriage. In the most dazzling display of in-law passive-aggression since that Jane Fonda and J. Lo movie, the two women volley jabs and charged smirks.

“Mother! Welcome!” Margaery said. “I wish we had some wine for you, it’s a bit early in the day for us.”

After the initial digs at Cersei’s wino-tendencies, Margaery insists how much she adores Tommen. Cersei says several times that she’s willing to help whenever she’s in need of something. Margaery doesn’t take up the offer but she does ask Cersei if she would prefer to be addressed as Dowager Queen or Queen Grandmother. Hiss!

The Sparrows —- a devout, meek-shall-inherit-the-earth branch of the Faith of the Seven —- catch the High Septon canoodling at Littlefinger’s brothel and drag him naked through the streets as punishment. Using his role as the voice and will of the Gods as an excuse, the High Septon tells Cersei and company that the High Sparrow is a threat that needs to be taken care of.

After arriving to the Sparrows’ camp, Cersei asks an old man serving food where she could find the High Sparrow.

“Sounds ridiculous, doesn’t it?” the man asks. “Like Lord Duckling? Or King Turtle? We’re often stuck with the names our enemies give to us. The notion that we’re all equal in the eyes of the Seven doesn’t sit well with some so they belittle me. It’s only a name. But an easy burden to bear.”

Barefoot and bald, the High Sparrow appears about as intimidating as a Lord Duckling but Cersei is instantly taken with him. He’s charitable, modest and unafraid; in many ways, he’s the exact opposite of Cersei, but she identifies him as a potentially powerful ally.

“The High Septon’s behavior was corrosive as was his attitude,” Cersei tells the High Sparrow. “Having a man like that eats away at the faith from the inside. The Faith and the crown are the two pillars that hold up this world. One collapses so does the other. We must do everything necessary to protect one another.” 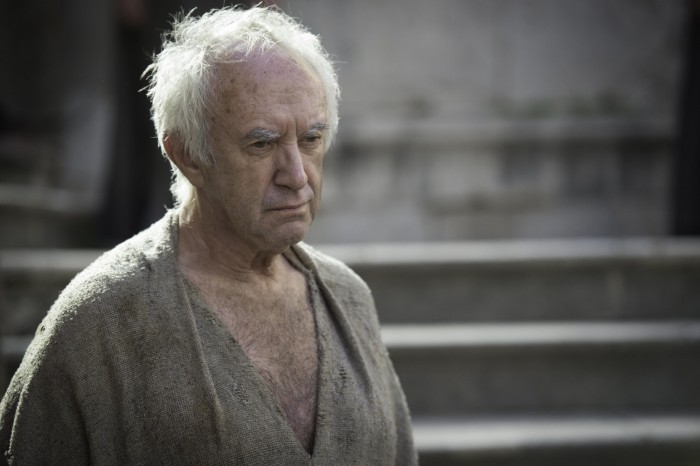