Walter Palmer killed Cecil the Lion. Then the Internet threatened to kill him. 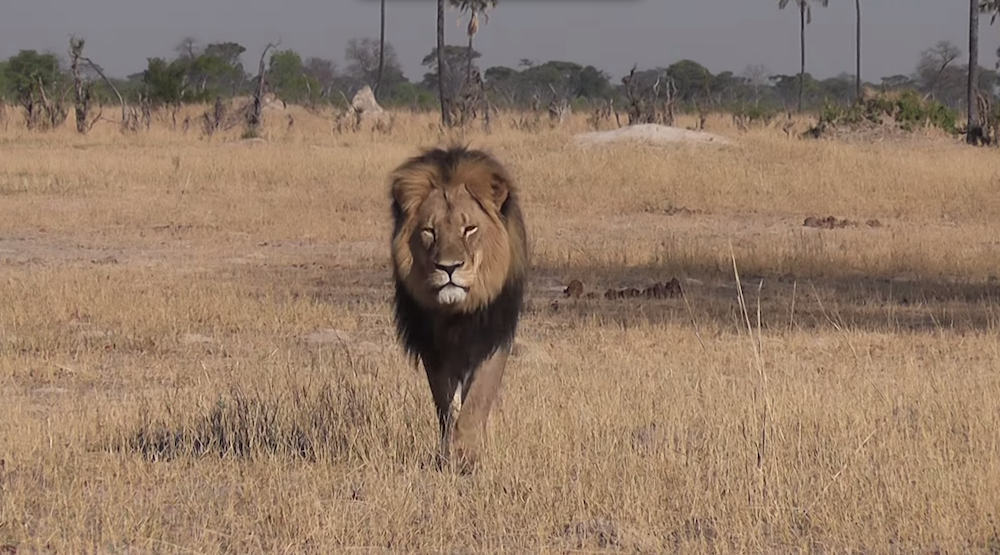 Palmer allegedly paid two Zimbabwean men, professional hunter Theo Bronkhorst  and local landowner Honest Ndlovu, $50,000 to assist in his big game hunt. Bronkhorst and Ndlovu were charged with poaching offenses in court today that could result in a 15-year prison sentence for each of them. Authorities are also seeking Palmer on poaching charges, according to the AP. 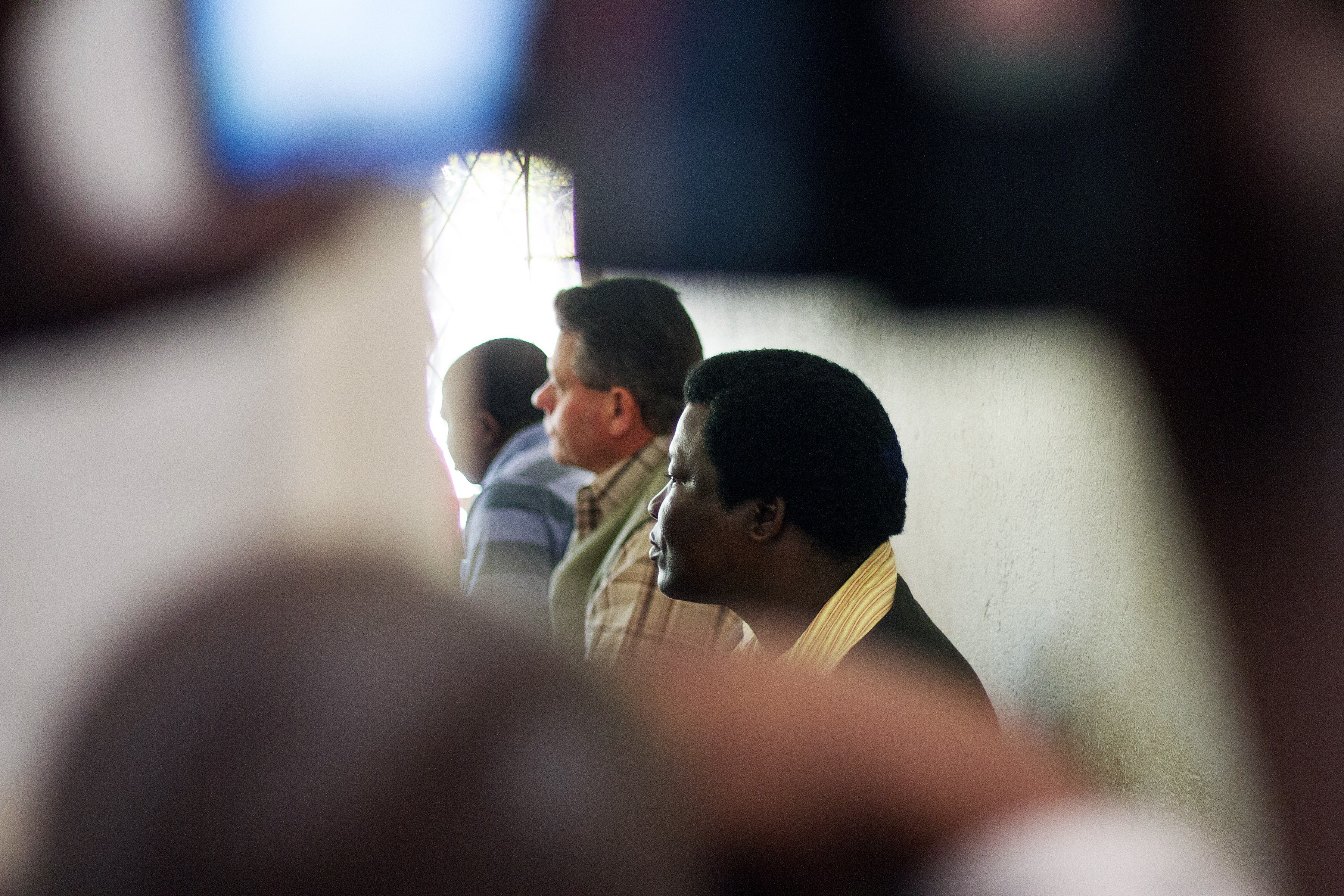 “We arrested two people and now we are looking for Palmer in connection with the same case,” Zimbabwe police spokeswoman Charity Charamba told the AP.

According to the BBC, the Zimbabwe Conservation Task Force says that Palmer, Bronkhorst, and Ndlovu allegedly lured Cecil out of the park with bait, then shot the lion with a bow. When Cecil didn’t die, they tracked him for 40 hours before shooting and killing him with a gun.

As details of the story broke out, so, too, did the mob mentality of the Internet. People posted the phone number to Palmer’s dental practice and flooded the Facebook and Yelp pages for his practice with vitriol. 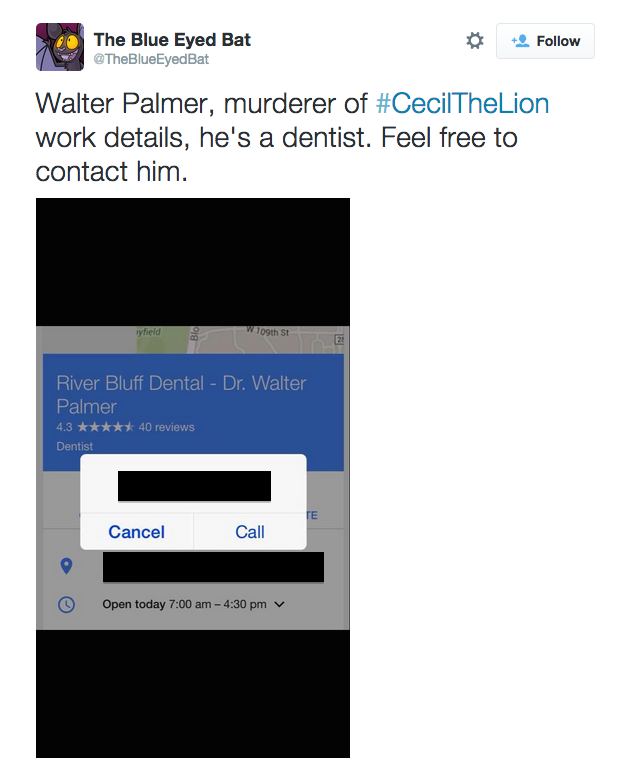 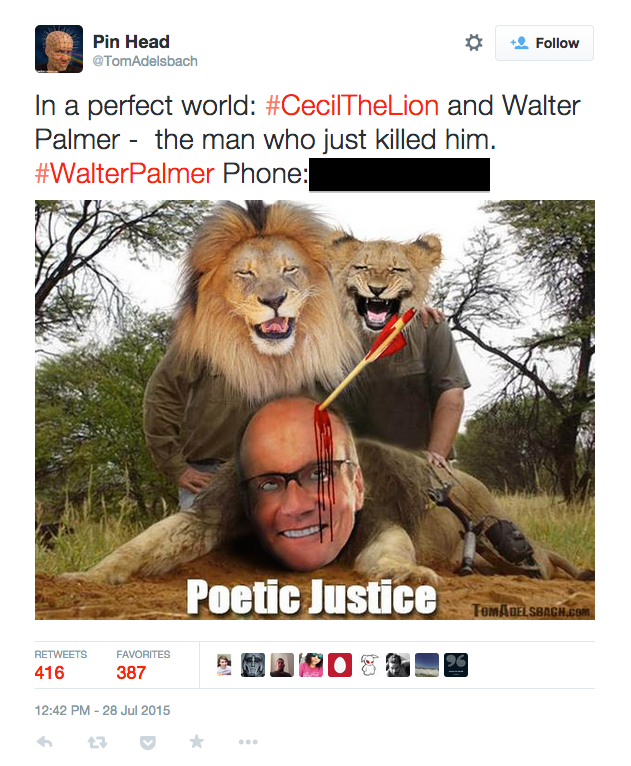 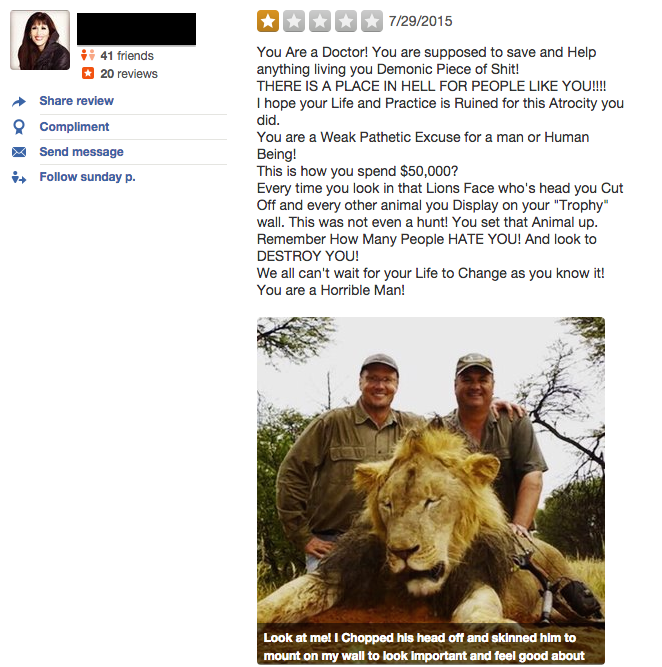 Before any facts on the case were officially known, the dental practice’s Facebook page and website were overrun by death threats and shut down.

Palmer issued a statement Tuesday claiming he thought everything about the hunt was legal.

“I had no idea that the lion I took was a known, local favorite, was collared and part of a study until the end of the hunt,” Palmer said in the statement. “I relied on the expertise of my local professional guides to ensure a legal hunt.”

The vigilante actions moved from the web into the real world, as well, with people creating a makeshift memorial of signs and stuffed animals outside Palmer’s dental practice.

And these people showed up at Palmer’s house looking to accomplish… something?

Giving Palmer the benefit of the doubt has been difficult for the public, and for good reason. In 2008, he was convicted in Wisconsin for killing a black bear 40 miles outside the area covered by his hunting permit and lying to authorities about it. Palmer was also the subject of a 2009 New York Times article about big-game hunting, and there are many photos online of Palmer posing with his kills.

Some of the other animals the American Walter Palmer has killed. We have to stop this horrific killing of animals. pic.twitter.com/KbBKEKzLqT

Death threats and trial by social media are standard procedure these days. Instead of waiting for all of the facts to come in or exploring the best way to help wildlife activists protect animals from poachers, people told Palmer to kill himself.

Truly. I'd put a cross bow bolt through Walter Palmer then track him from 40 hrs, shoot him, behead him, skin him and sleep peacefully.

“If you want to make this into a positive, you can… sorry…” Kimmel said, struggling to speak as his eyes welled. “Make a donation, support them. Maybe we can show the world that not all Americans are like this jackhole.” 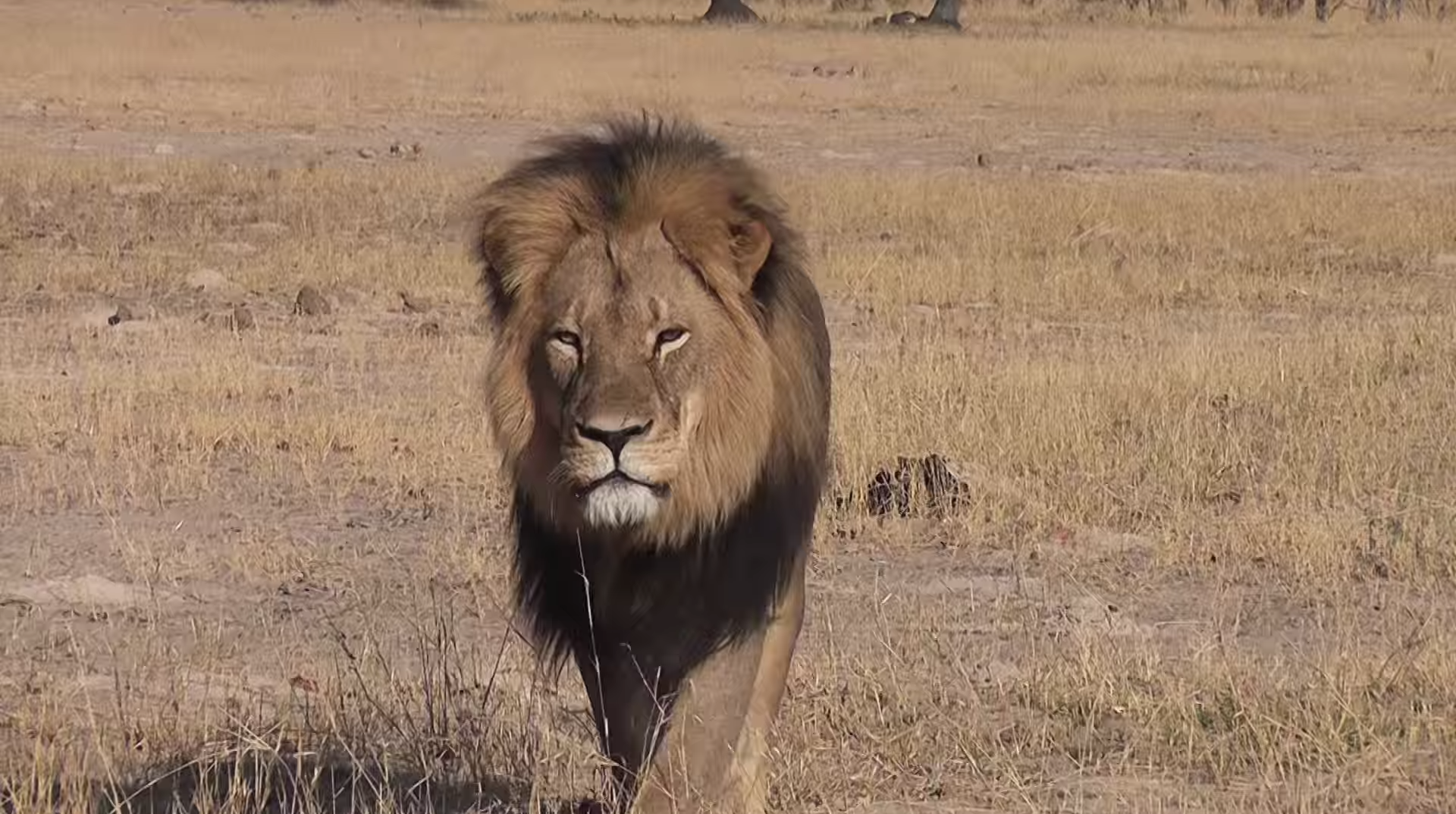 Lee Domaszowec from the Petco Foundation and Rebecca Baylies, Director of Development and Communications at Cape Ann Animal Aid, joined me to talk about Unleashed by Petco’s upcoming series of adoption events. They’ll be held at Brattle Square, Boston Common, and several adoption shelters throughout Massachusetts. Listen to get all the details! END_OF_DOCUMENT_TOKEN_TO_BE_REPLACED

When he’s not running BostonTweet (or running the Boston Marathon), Tom O’Keefe is running around promoting Flutter. He was in studio with SumuApp co-founder Daniel Tewfik earlier today to talk about how you can win free rent for a year in Boston. END_OF_DOCUMENT_TOKEN_TO_BE_REPLACED

END_OF_DOCUMENT_TOKEN_TO_BE_REPLACED

Today, that briefly changed, as the hashtag #TheWorstPartofDepressionIs trended worldwide on Twitter, sparking a conversation on an issue many find difficult to discuss. END_OF_DOCUMENT_TOKEN_TO_BE_REPLACED