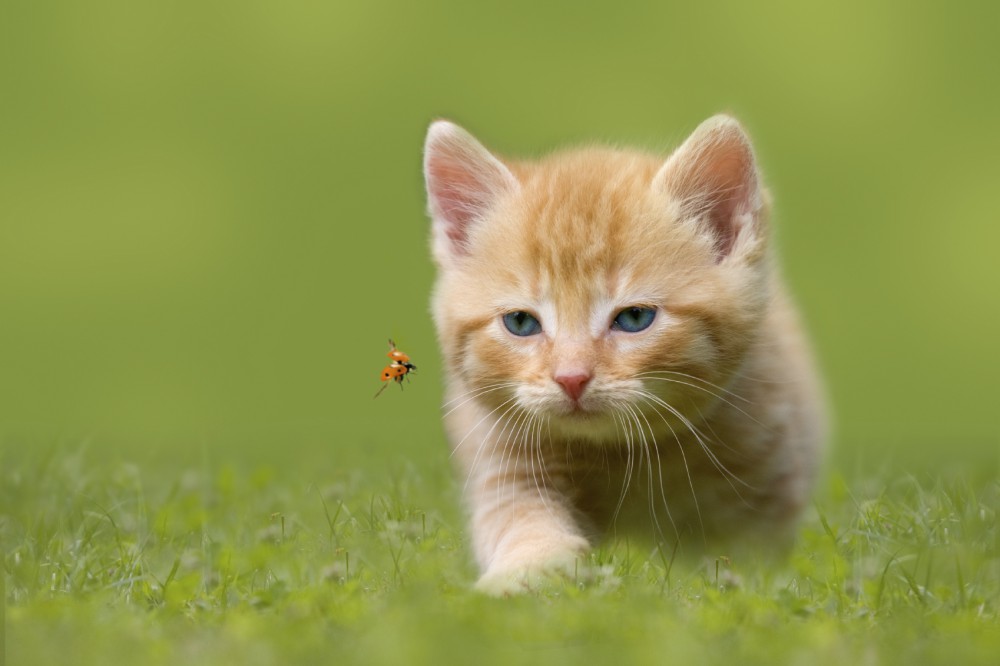 A study led by an assistant professor at Indiana University shows that cat clips can improve your mood. We’ve had a hunch about this for a while, but it’s nice to now have some tangible data about the benefits of cat clips. Like this one:

7,000 people participants were asked how they spent their time online, and how much of that time they spent watching cat videos.

“For most people, it improved their mood,” Myrick told Indiana Public Media.

In 2012, Japanese researcher Hiroshi Nittono also found that pictures of puppies, panda cams, and cat videos improves productivity levels. Participants, divided into three groups, were asked to complete various tasks twice: the first time without any stimulus, and the second by looking at a series of photographs — whether it be babies, animals or neutral subjects like food.

Results showed that those looking at cute animals had a more successful task completion rate.

“If we want to understand the effects the Internet may have on us as individuals and on society,” Myrick said in a statement, “then research can’t ignore Internet cats anymore.”

A decade of Wreck The Halls. END_OF_DOCUMENT_TOKEN_TO_BE_REPLACED

Leah Wellbaum from Slothrust brought her trusty six-string to Studio B and turned in the first RadioBDC Session of 2017. Check out her three songs and her chat with Julie Kramer, recorded live on February 28, 2017. END_OF_DOCUMENT_TOKEN_TO_BE_REPLACED

Mike McColgan and Lenny Lashley of Street Dogs were in session on November 30, 2016 to play three songs and chat about their annual Wreck The Halls shows at Brighton Music Hall December 15-18. END_OF_DOCUMENT_TOKEN_TO_BE_REPLACED

Tegan and Sara stopped by for a chat before their House of Blues show on Halloween night. END_OF_DOCUMENT_TOKEN_TO_BE_REPLACED

The sultry boom of Ruby Rose Fox rounded out a summer of sessions in Studio B presented by FindMassMoney.com. Enjoy the videos and Ruby’s chat with Julie Kramer. END_OF_DOCUMENT_TOKEN_TO_BE_REPLACED

Lee Domaszowec from the Petco Foundation and Rebecca Baylies, Director of Development and Communications at Cape Ann Animal Aid, joined me to talk about Unleashed by Petco’s upcoming series of adoption events. They’ll be held at Brattle Square, Boston Common, and several adoption shelters throughout Massachusetts. Listen to get all the details! END_OF_DOCUMENT_TOKEN_TO_BE_REPLACED

She is Dee Dee from the Dum Dum Girls no longer. She is now Kristin Kontrol, and she played a short set for us in Studio B on June 17, 2016. END_OF_DOCUMENT_TOKEN_TO_BE_REPLACED