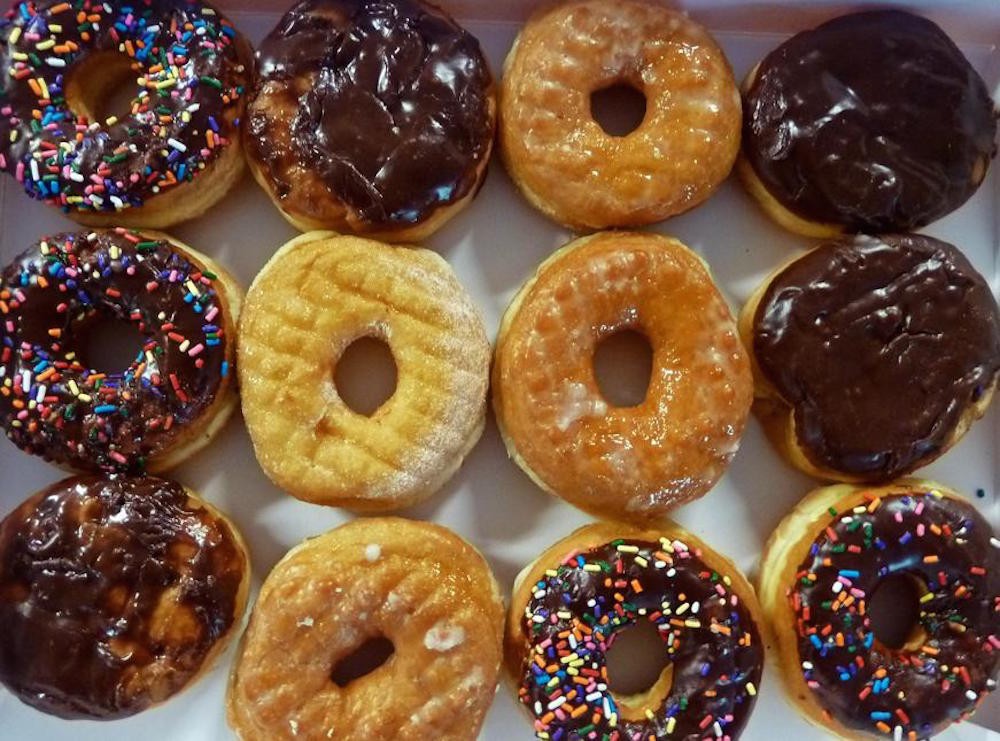 Friday is no longer the best day of the week.

Past flavors featured on Donut Thursdays include a Nutella waffle cone, the sticky bun donut, butter bourbon bacon, and orange olive oil glazed. If just hearing about these donuts doesn’t tempt you enough to show up late for work, check out some of the mouthwatering photos that BCCC has posted of their delicious doughy creations.

Yes, they’ve turned candy bars into donuts. No, you’ll probably never be the same after you try one.

They saw your classic apple donut and raised you one.

Only a limited amount of donuts are baked every Thursday, so get there as early as you can in order to try one of these masterpieces.

Boston Common Coffee Company opens at 6 a.m. on Thursdays and is located at 515 Washington Street in downtown Boston, easily accessible via MBTA Red and Orange lines.